On H4 the instrument has broken the lower border of the ascending channel, again forming several reversal patterns at the support level, including the Harami pattern. Currently, in case the signal for reversal realizes, the price may bounce and head for 1.1320; however, a breakthrough of the support level and a drop to 1.1160 should not be excluded. 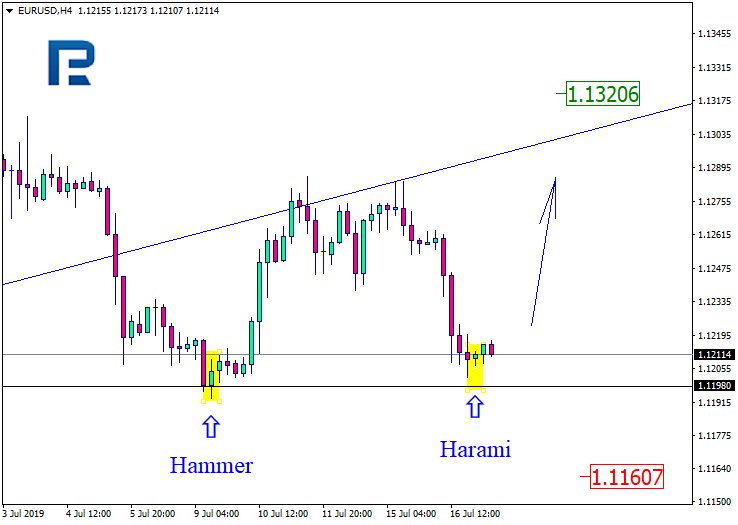 On H4 the pair has formed a Harami inside the descending trend. Currently we are contemplating a Shooting star as the realization of the signal for reversal. Similar to the previous movements, it might be supposed that upon the pullback the price may continue declining to 107.65. At the same time, a reverse scenario should not be excluded: the price may renew its maximums and grow towards 109.10. 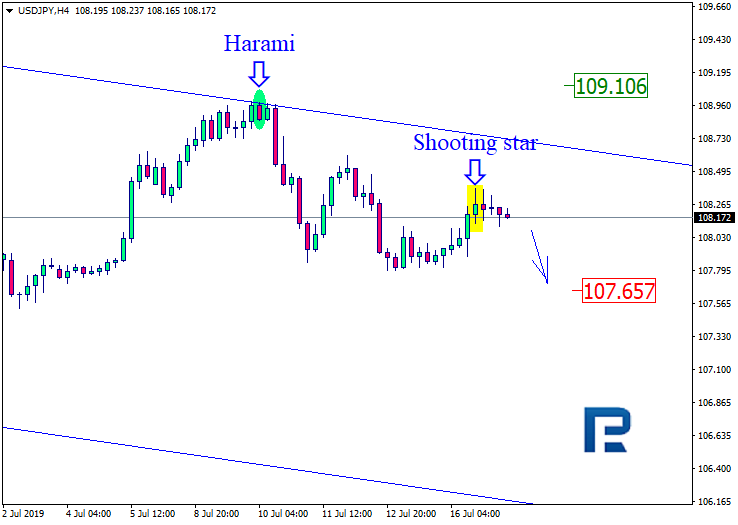