Gold keeps forming an ascending trend. On H4 the instrument has formed a Dark Cloud Cover at the horizontal resistance level. Currently, we are contemplating the signal for a reverse pattern start realizing. In case of further decline the price may reach 1385.27. At the same time a reverse scenario is not impossible: a breakthrough of the resistance line and a renewal of the maximum of 1441.75 may follow. 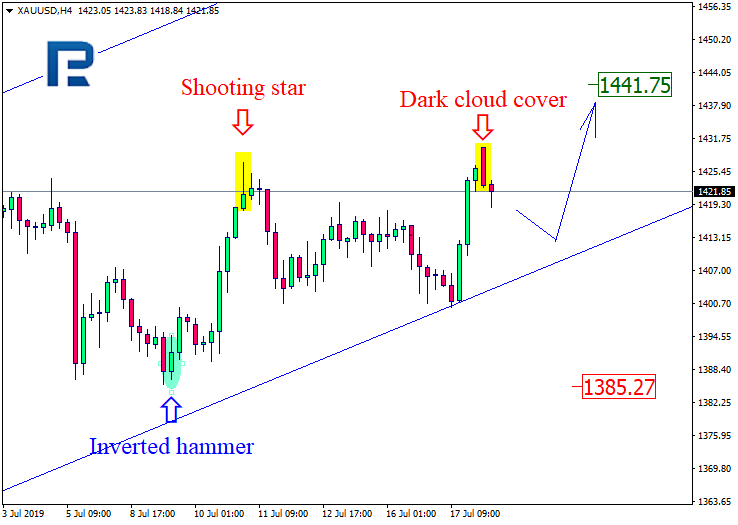 On H4 the pair formed a Harami upon testing the horizontal resistance level at 0.6730. In the present situation a realization of the signal for a reverse pattern is not highly possible; further growth and testing of the next resistance level at 0.6800 are more likely. What is more, a vice versa scenario is not to be excluded: a bounce off the resistance line and a drop to 0.6662 may follow. 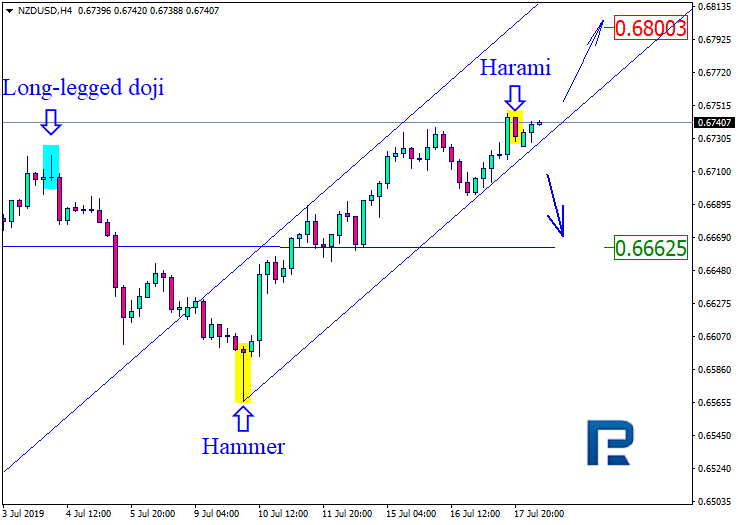