As we can see in the H4 chart, the uptrend continues. After finishing another Doji reversal pattern not far from the rising channel’s downside border, XAUUSD is reversing and correcting from the horizontal resistance level. One may assume that later the pair may complete the pullback and resume trading upwards. In this case, the upside target is at 1800.00. At the same time, one shouldn’t exclude an alternative scenario, according to which the market may fall and return to 1759.50. 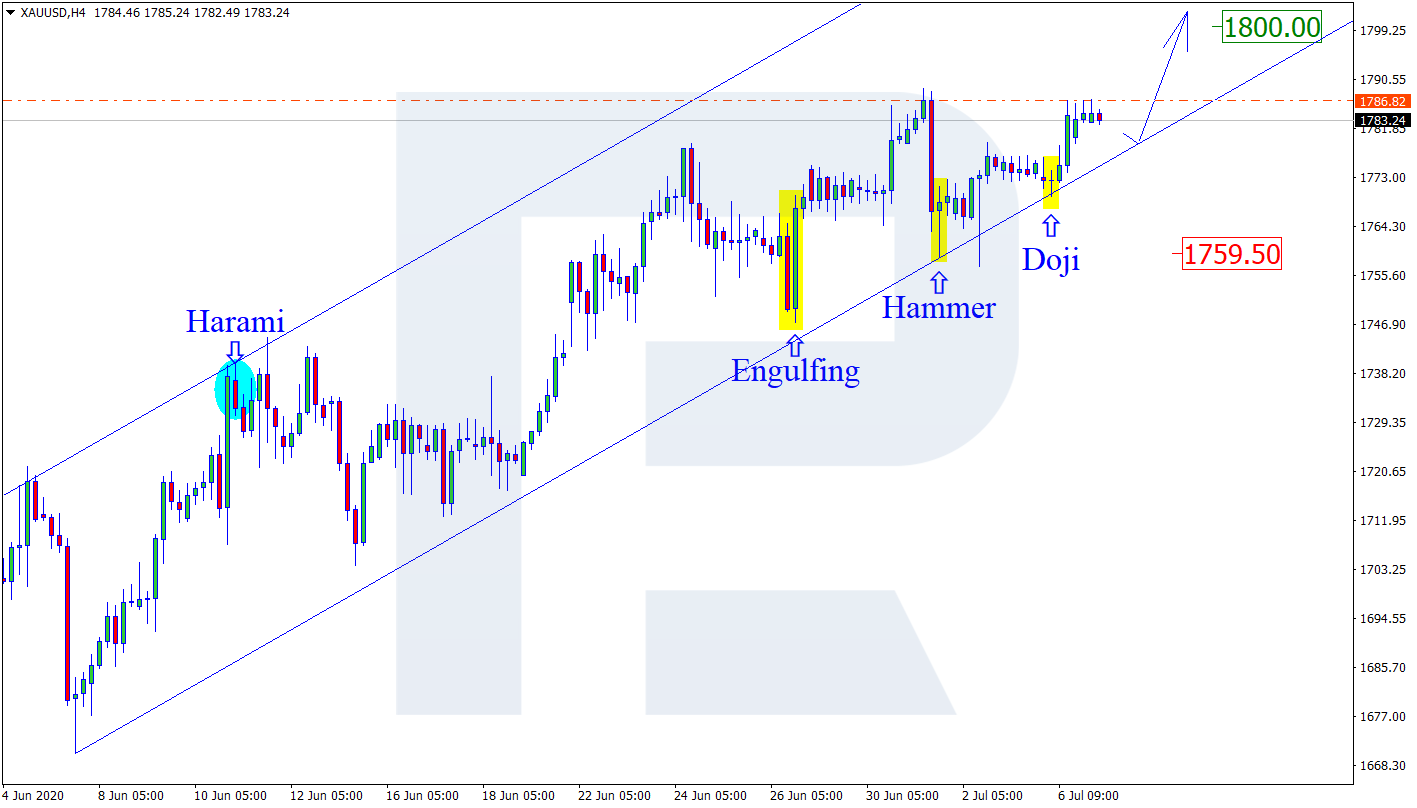 As we can see in the H4 chart, the ascending tendency continues. After forming a Harami pattern not far from the resistance level, NZDUSD is reversing and may later reach the support area at 0.6520. After testing this area, the instrument may resume growing towards the target at 0.6590. 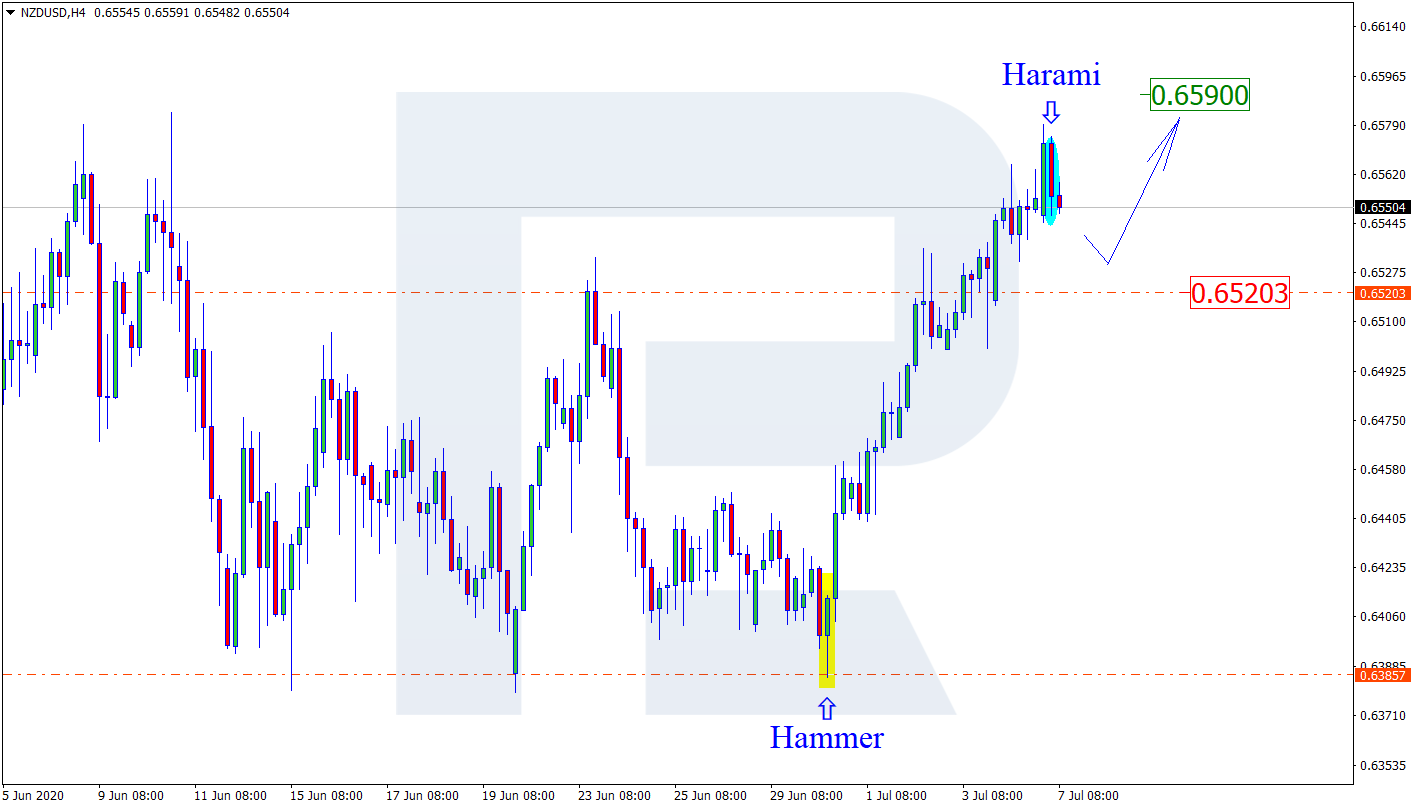 As we can see in the H4 chart, after forming several reversal patterns, including Harami, close to the resistance level, GBPUSD has started reversing. At the moment, the pair is expected to continue the descending tendency. In this case, the downside target is at 1.2355. Still, there is another scenario, which suggests that the instrument may continue trading upwards to reach 1.2620 without reversing and forming any significant corrections. 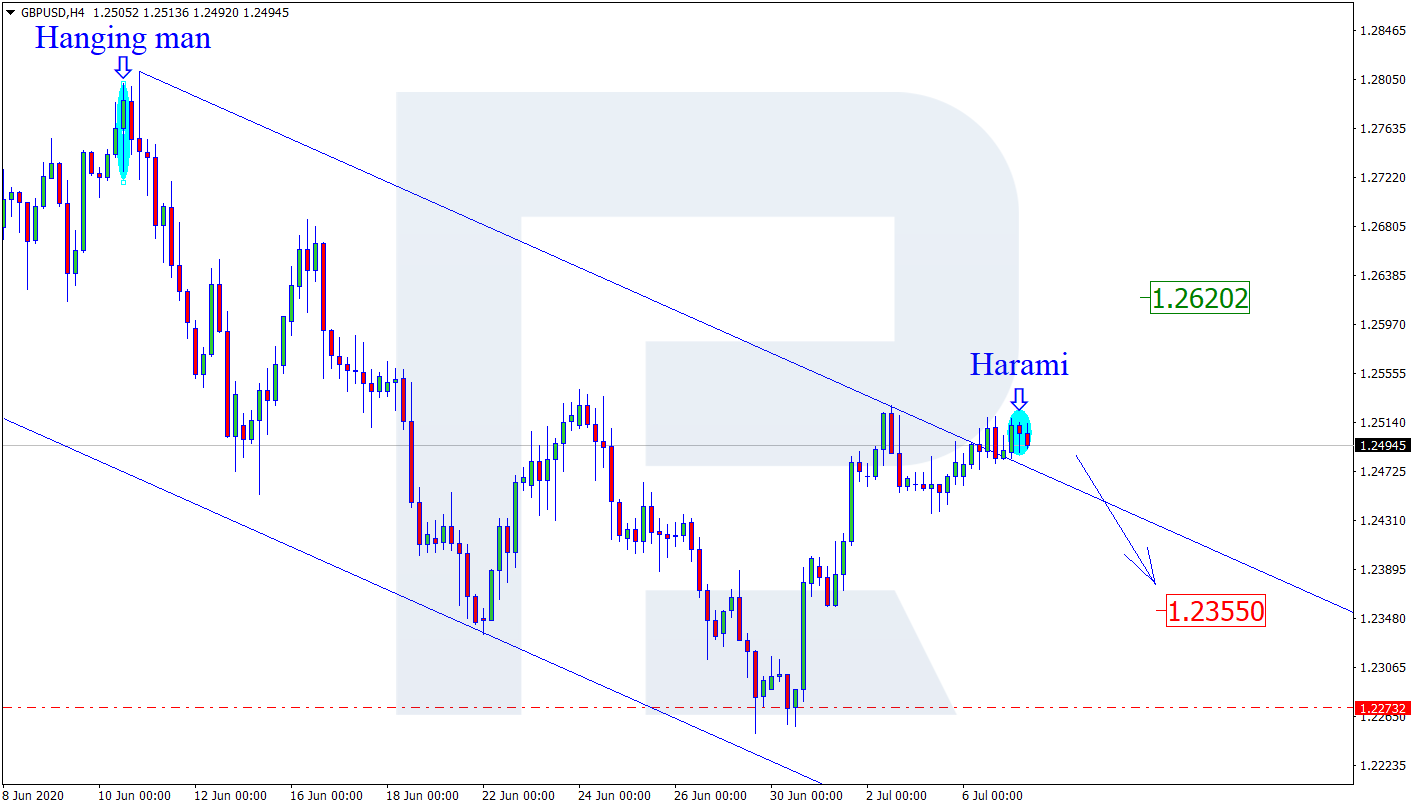