The pair keeps developing ascending dynamics. It has formed several reversal patterns at the resistance area, including a Harami. Currently, going by the patterns, gold my slump into a correction with the aim at 1725.00. However, the quotations might still proceed to 1755.00 skipping the reversal patterns. 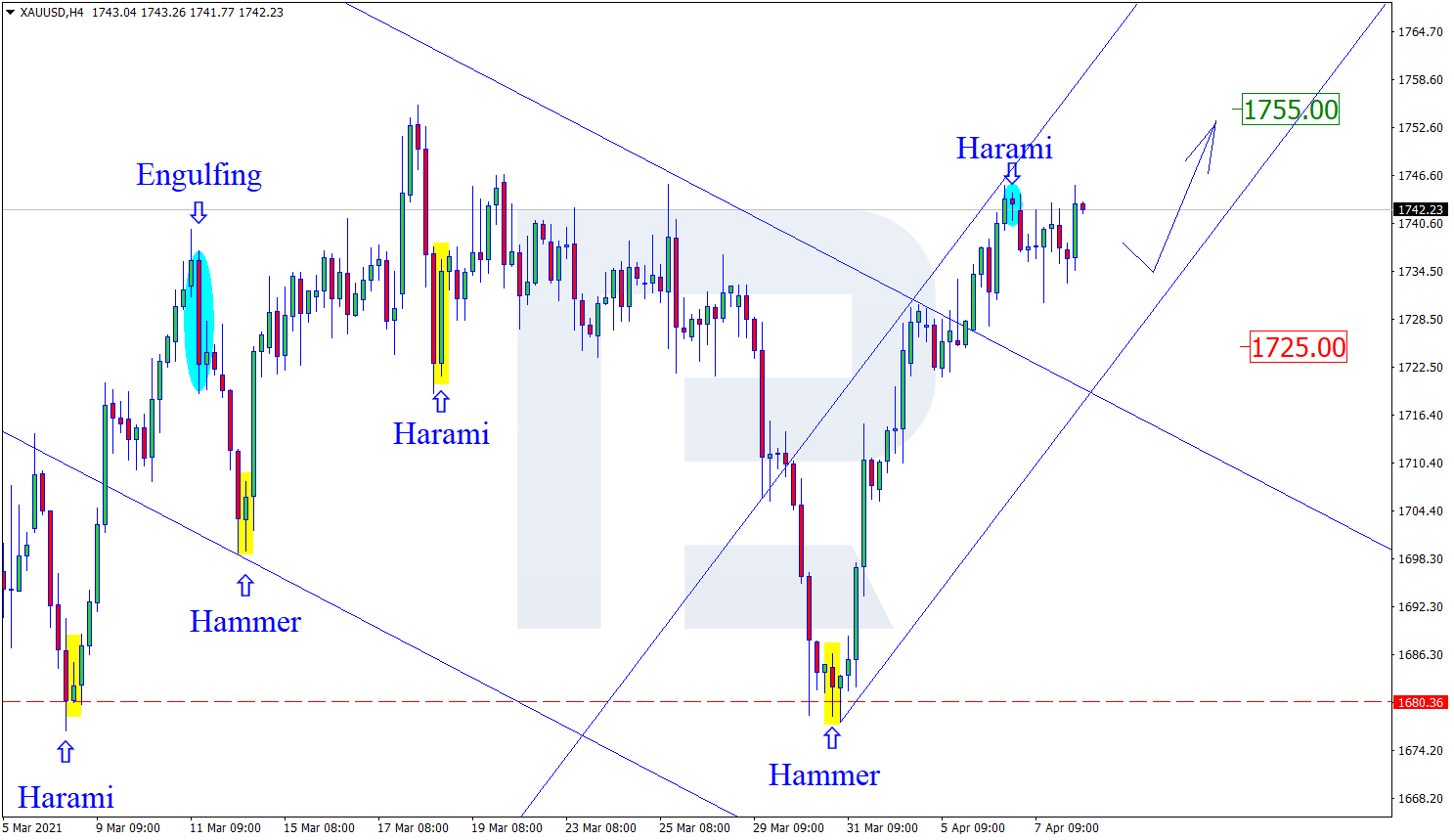 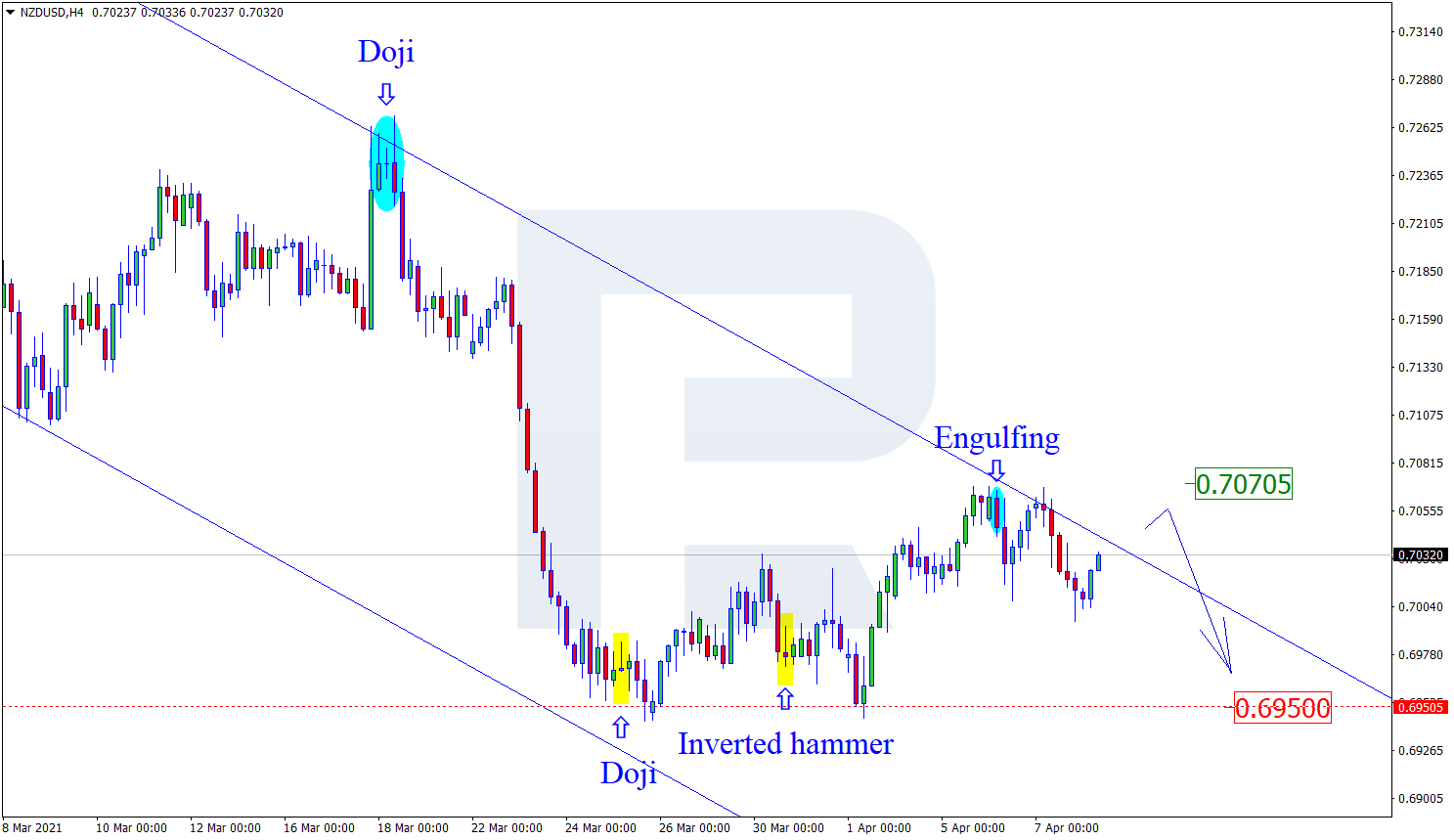 On H4, the pair us gorming another correction inside a downtrend. At the support level, the pair has formed several reversal patterns, including a Hammer. Going by the patterns, the pair can currently continue the pullback with the aim at 1.3795. Then, bouncing off the resistance area, the quotations might go on declining. However, they might still go to 1.3690 without testing the resistance area. 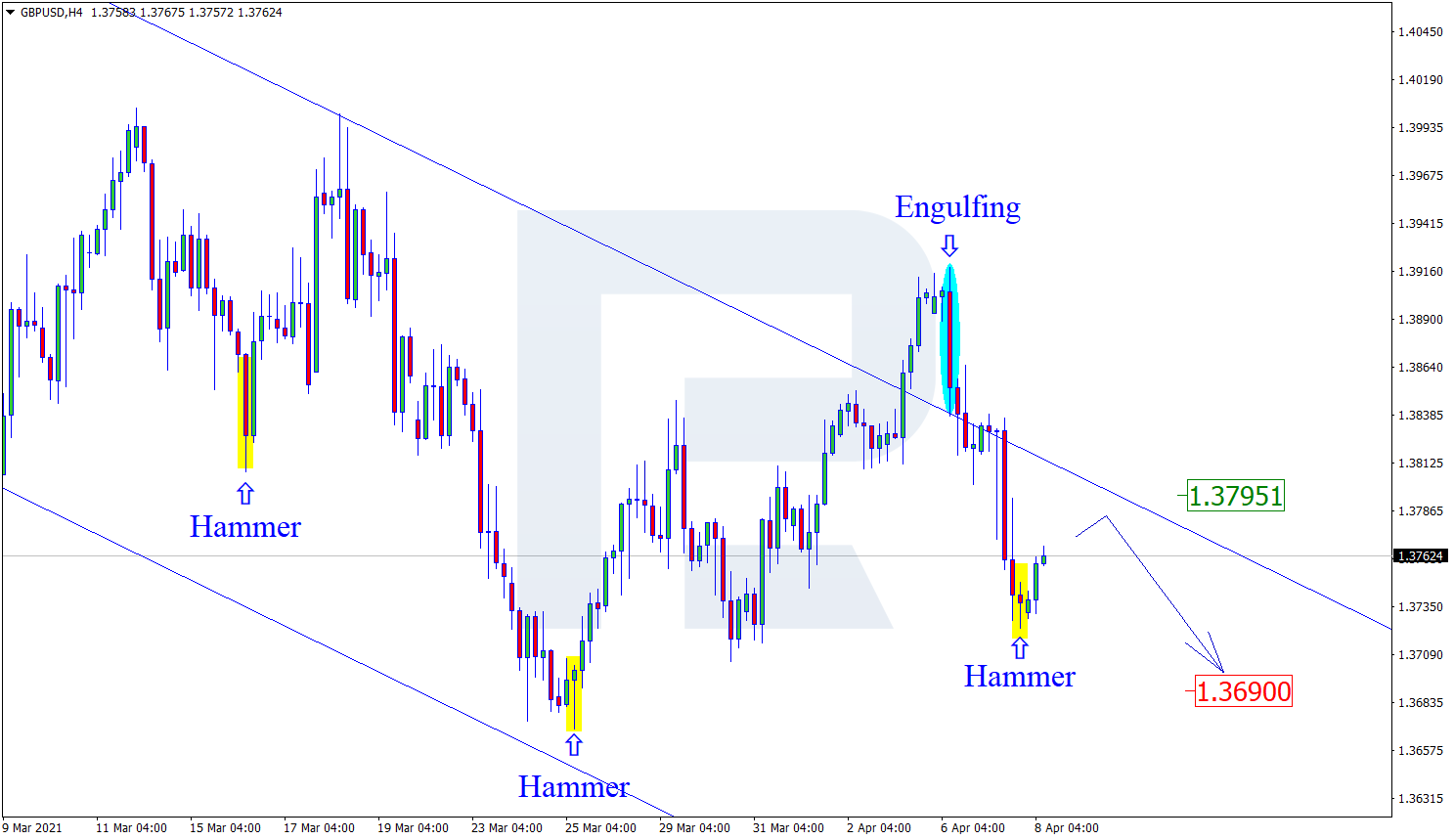