The pair continues with an ascending impulse. At the horizontal support level, several reversal patterns have formed, including a Hammer. Currently, if the price goes by their signals, it might end up near the resistance level. The aim here is 1821.00. However, a decline to 1755.00 remains possible before the growth will continue. 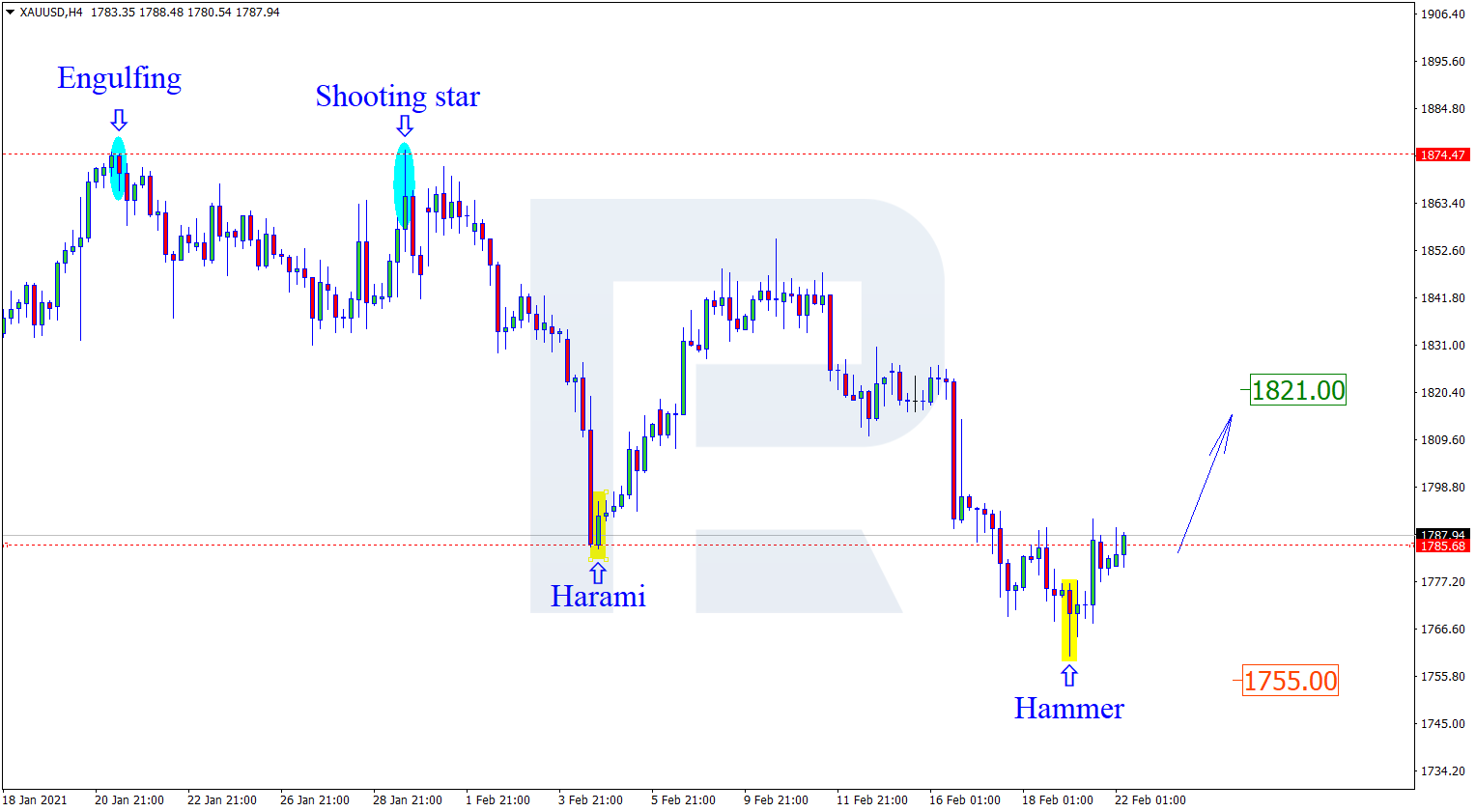 On H4, the pair is pulling back in an uptrend. At the resistance area, it has formed several reversal patterns, including a Harami. The aim of the correction is the support level of 0.7250. However, the quotations might still grow to 0.7362 without following the signals of the reversal patterns. 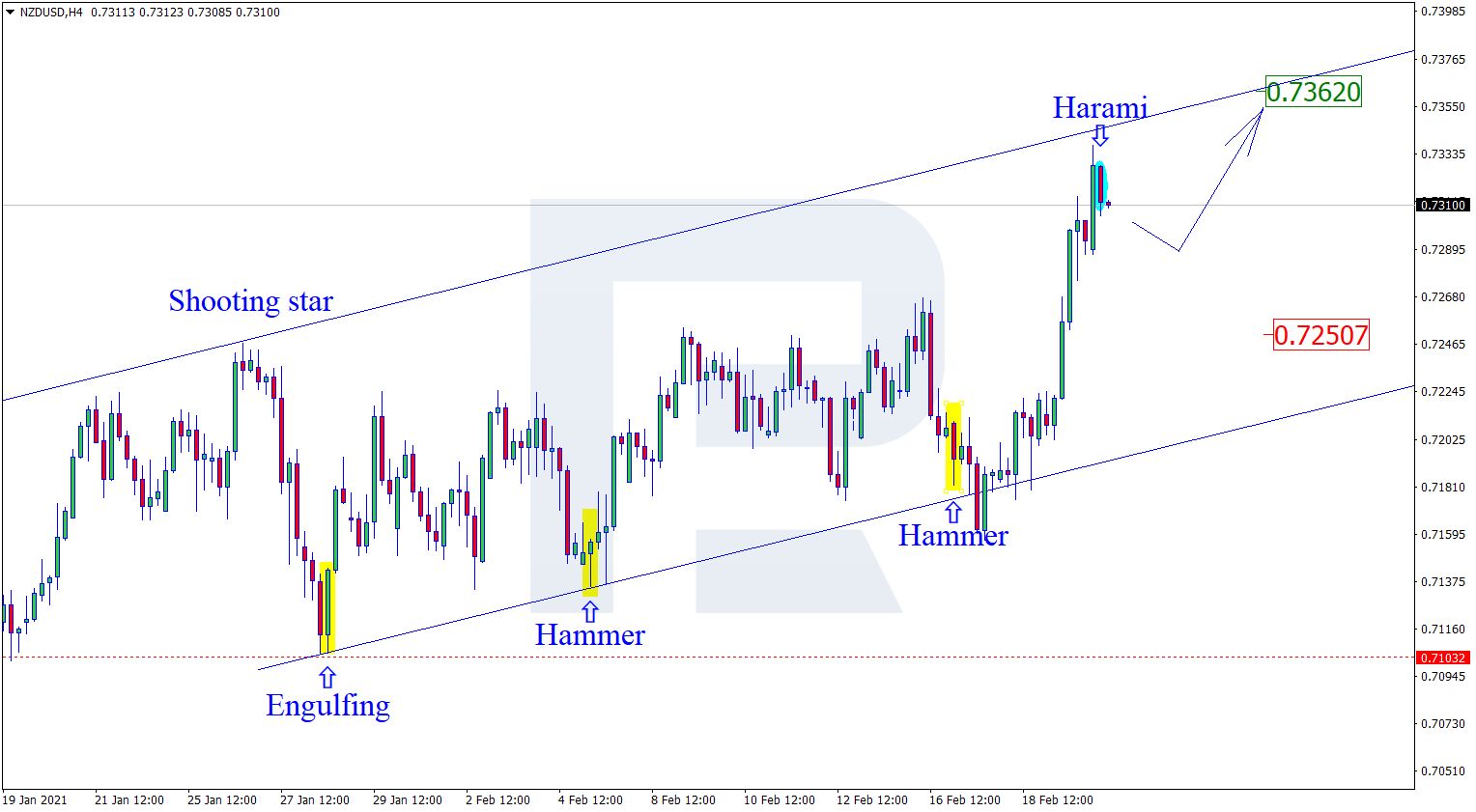 On H4, the pair is forming another wave of correction in an uptrend. At the resistance level, the pair has formed several reversal patterns, including a Shooting Star. Currently, the aim of the pullback might be the support level of 1.3860. Then the quotations might bounce off the support level and continue the ascending dynamics. The aim of growth is 1.4115. 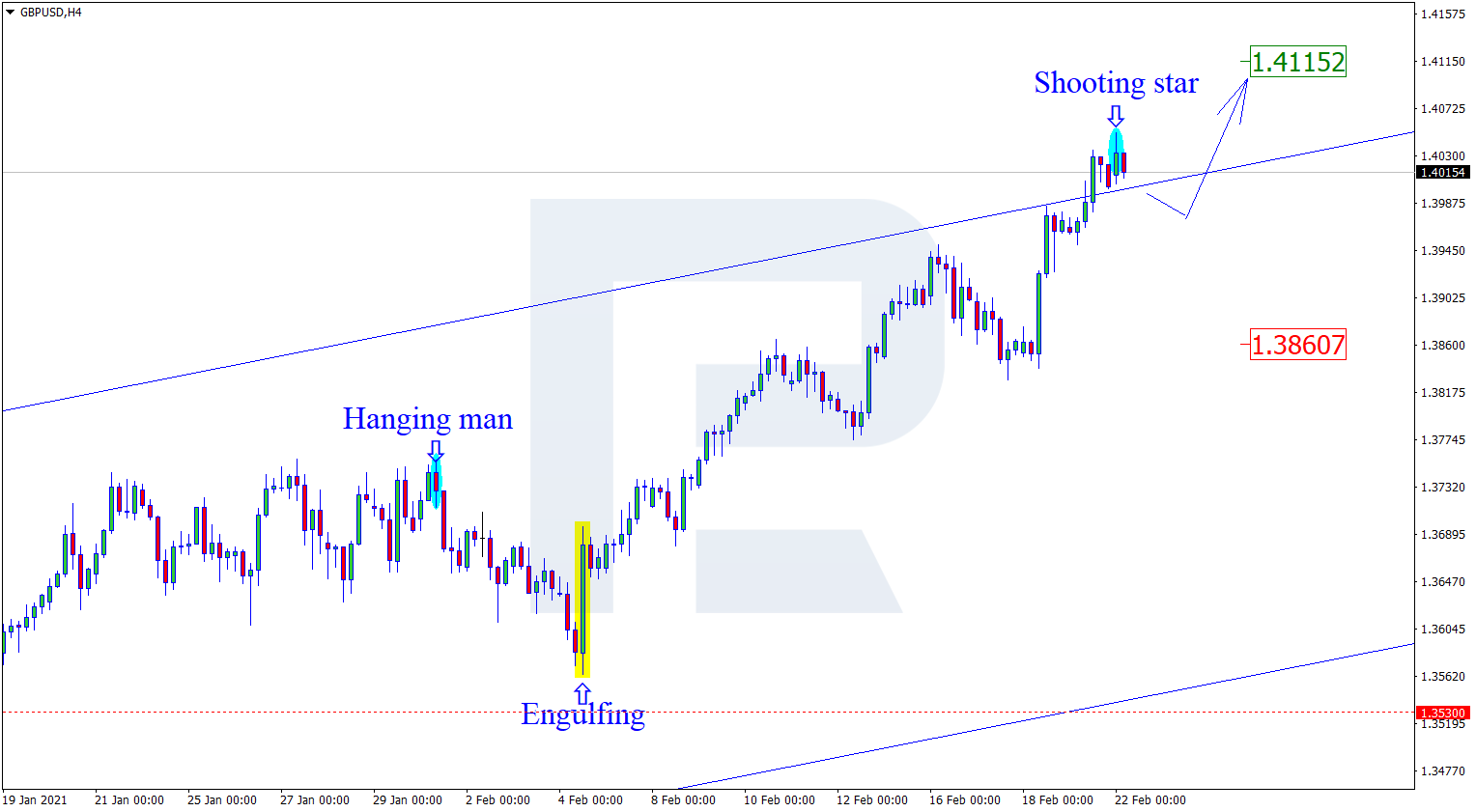