On H4 the pair is testing the support level inside the descending trend once again; it has formed a bunch of reverse candlesticks, including an Inverted Hammer. Currently, we are contemplating the beginning of the reverse patterns signal realization. We may suppose that a bounce off this level may lead the price to 1.3130. However, another scenario is not impossible: the signal for reversal may not realize, and after a sideways movement the price may break the support level, falling to 1.3000. 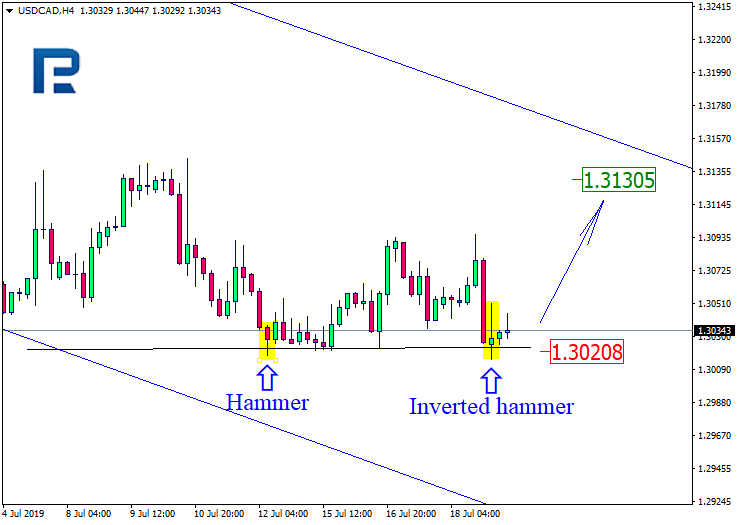 On H4 the instrument is testing the resistance level, where it has formed a Hanged Man. Judging by the previous movements, we may suppose that this time the price will bounce off the current level and start to decline, still forming an ascending channel. The goal of the realization of the signal for reversal is 0.7039. However, a reverse scenario may not be excluded: the price may break through the current level and grow towards 0.7127. 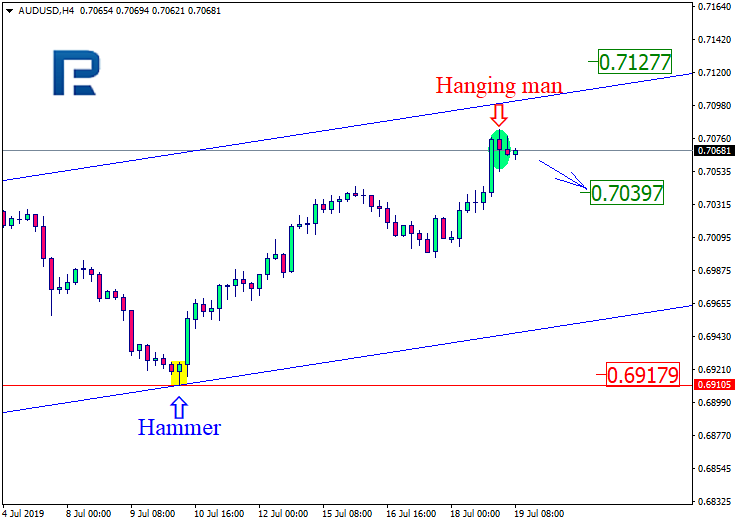