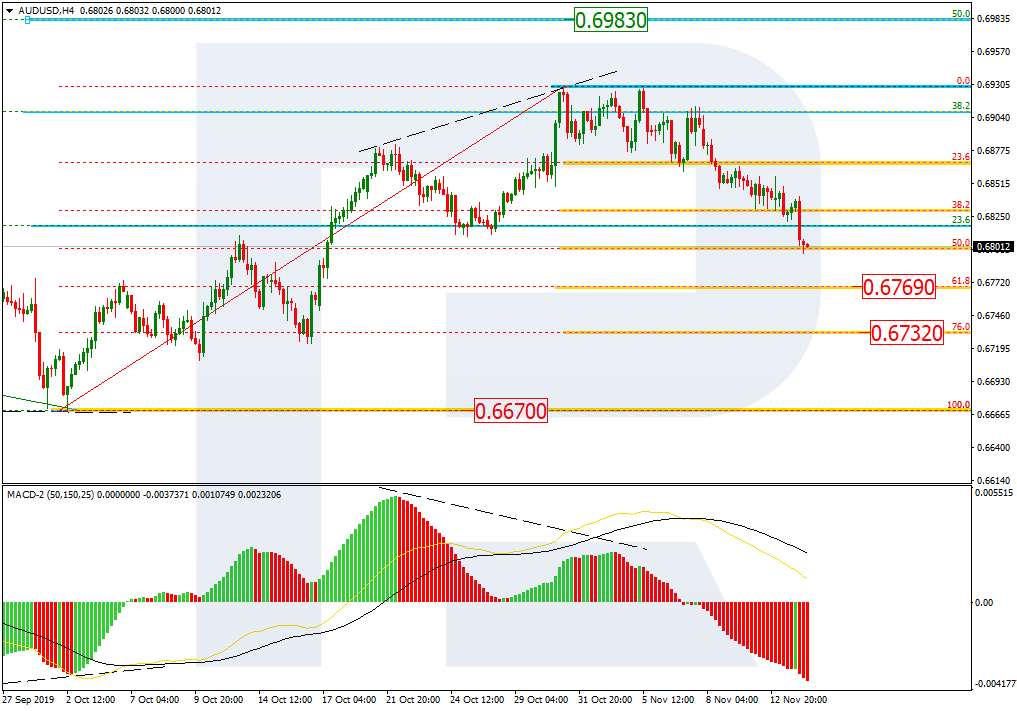 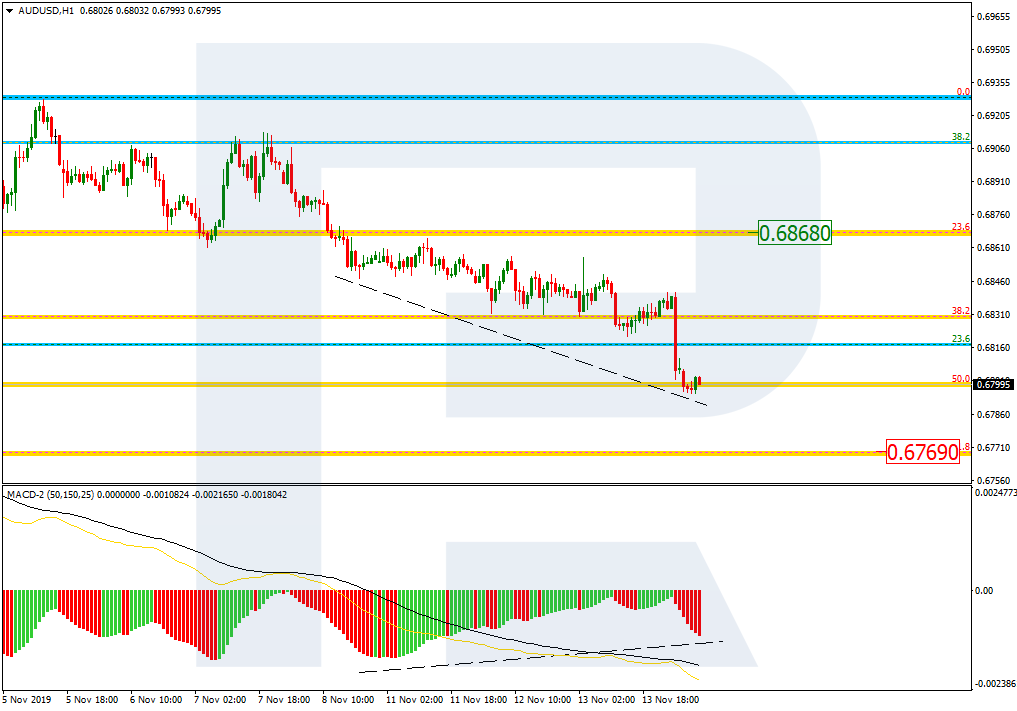 As we can see in the H4 chart, USDCAD continues forming the ascending impulse, which is getting close to 76.0% fibo at 1.3274. However, the key upside target is the fractal high at 1.3348. Also, we should pay attention to the divergence on MACD, which may indicate a possible pullback soon. 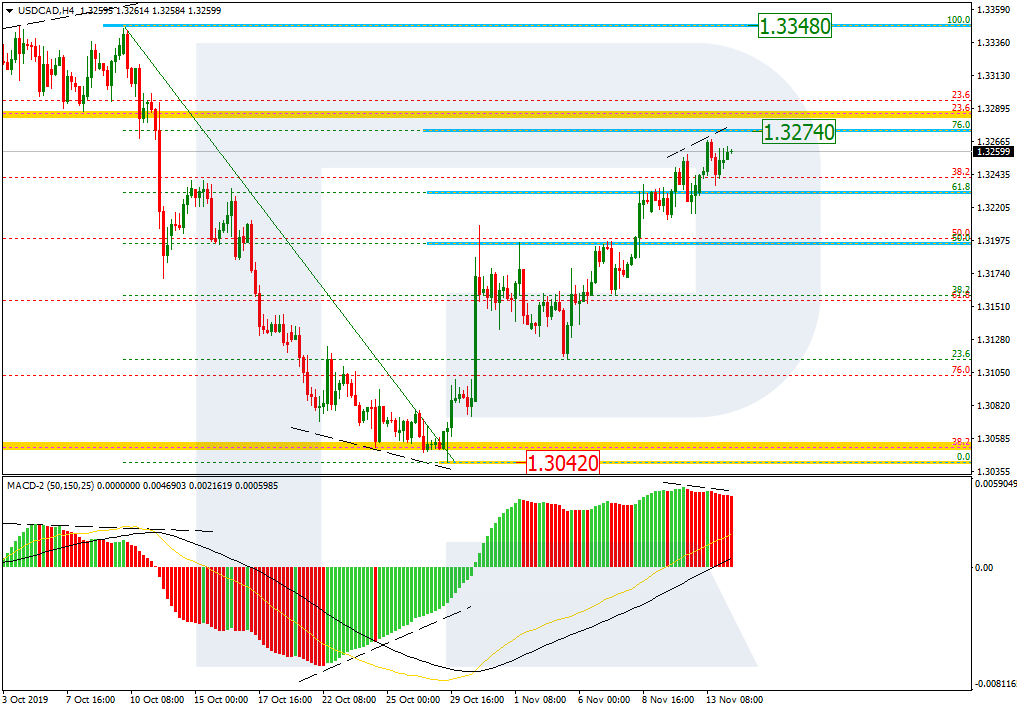 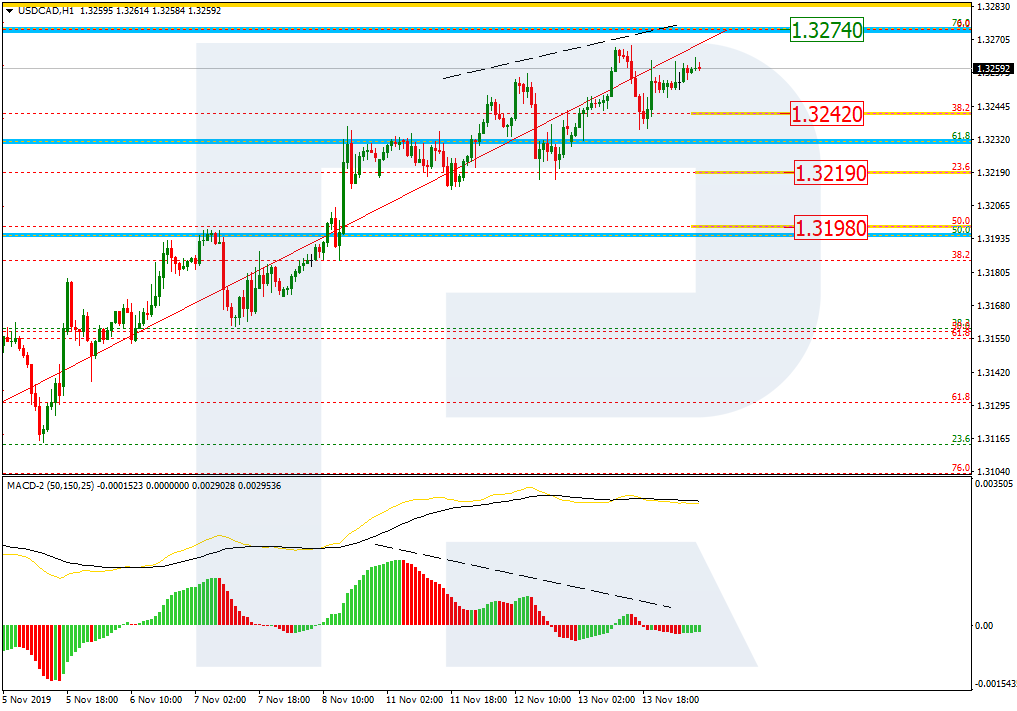