In the daily chart, divergence on MACD made the asset start a new bearish phase; the first descending wave is heading towards 23.6% at 62.90, while the next ones may later reach 38.2%, 50.0%, and 61.8% fibo at 53.90, 46.60, and 39.40 respectively. The resistance is the high at 77.47, a breakout of which may lead to a further uptrend towards the long-term high at 87.09. The current movement to the upside should be considered as a pullback after a quick decline, which may later be followed by another descending structure. 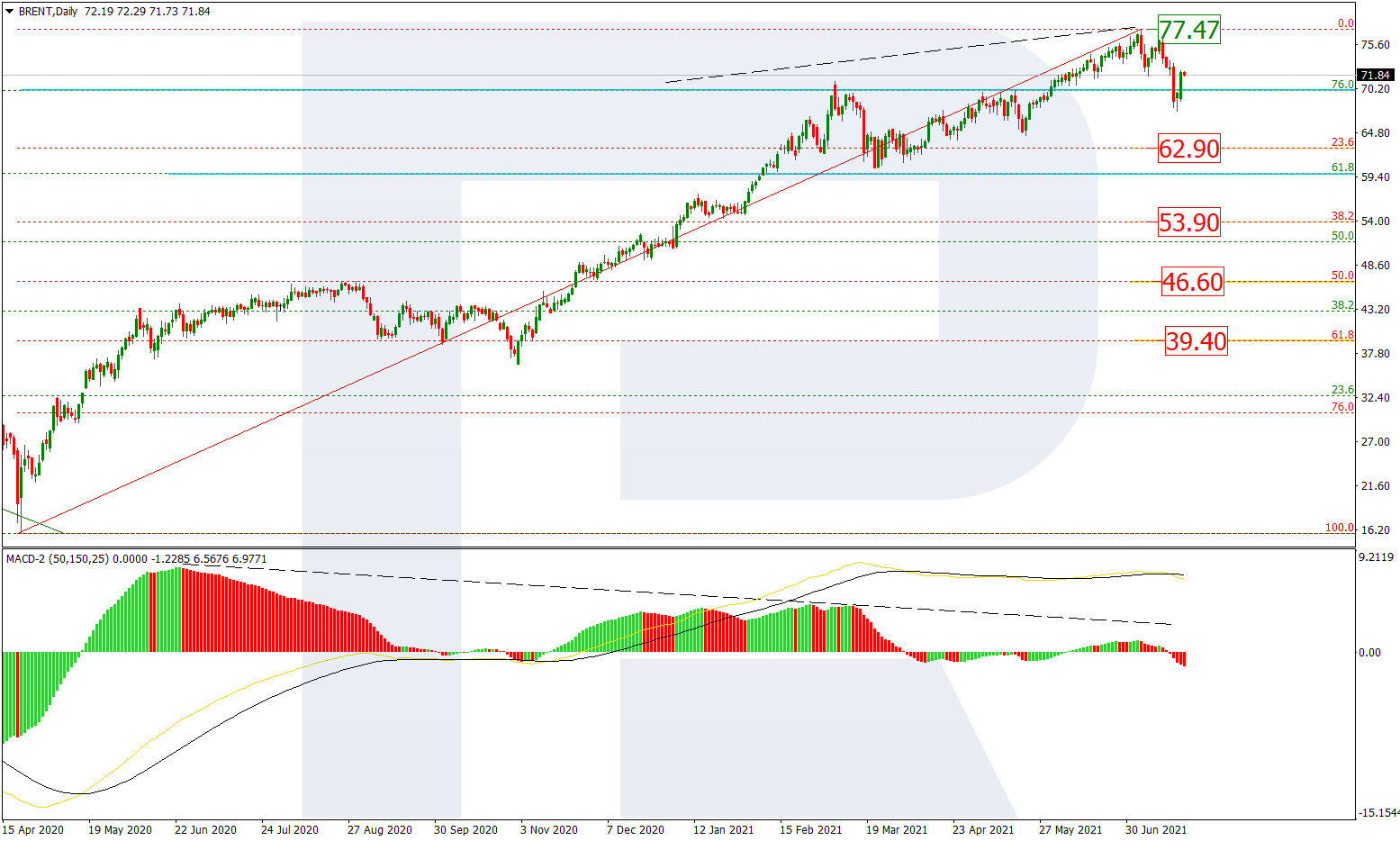 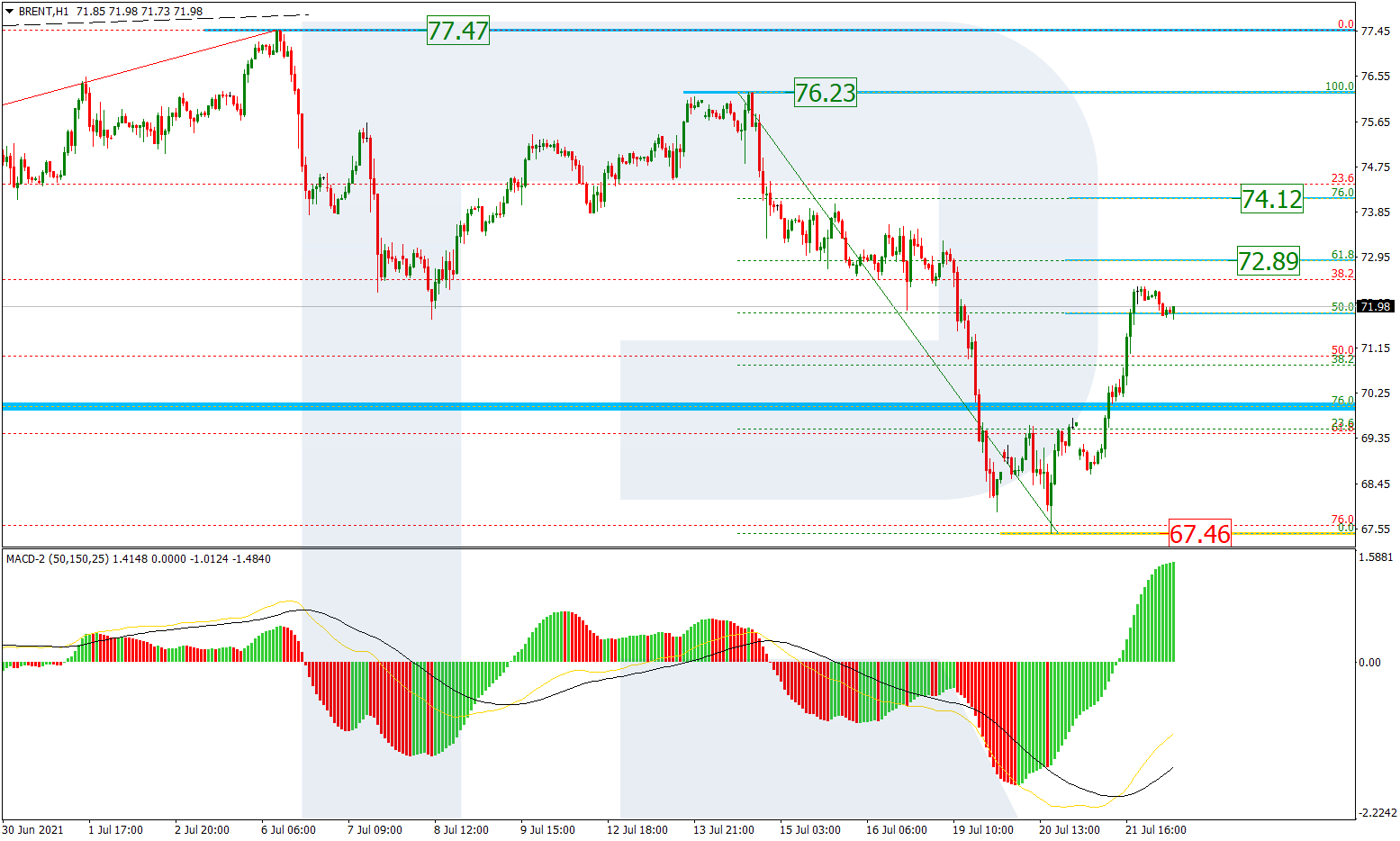 As we can see in the H4 chart, the situation hasn’t changed much. Divergence made the asset complete the correction and start a new growth towards the high 35102.0, a breakout of which may lead to a further uptrend towards the post-correctional extension area between 138.2% and 161.8% fibo at 35890.0 and 36378.0 respectively. The support is at 33035.0. 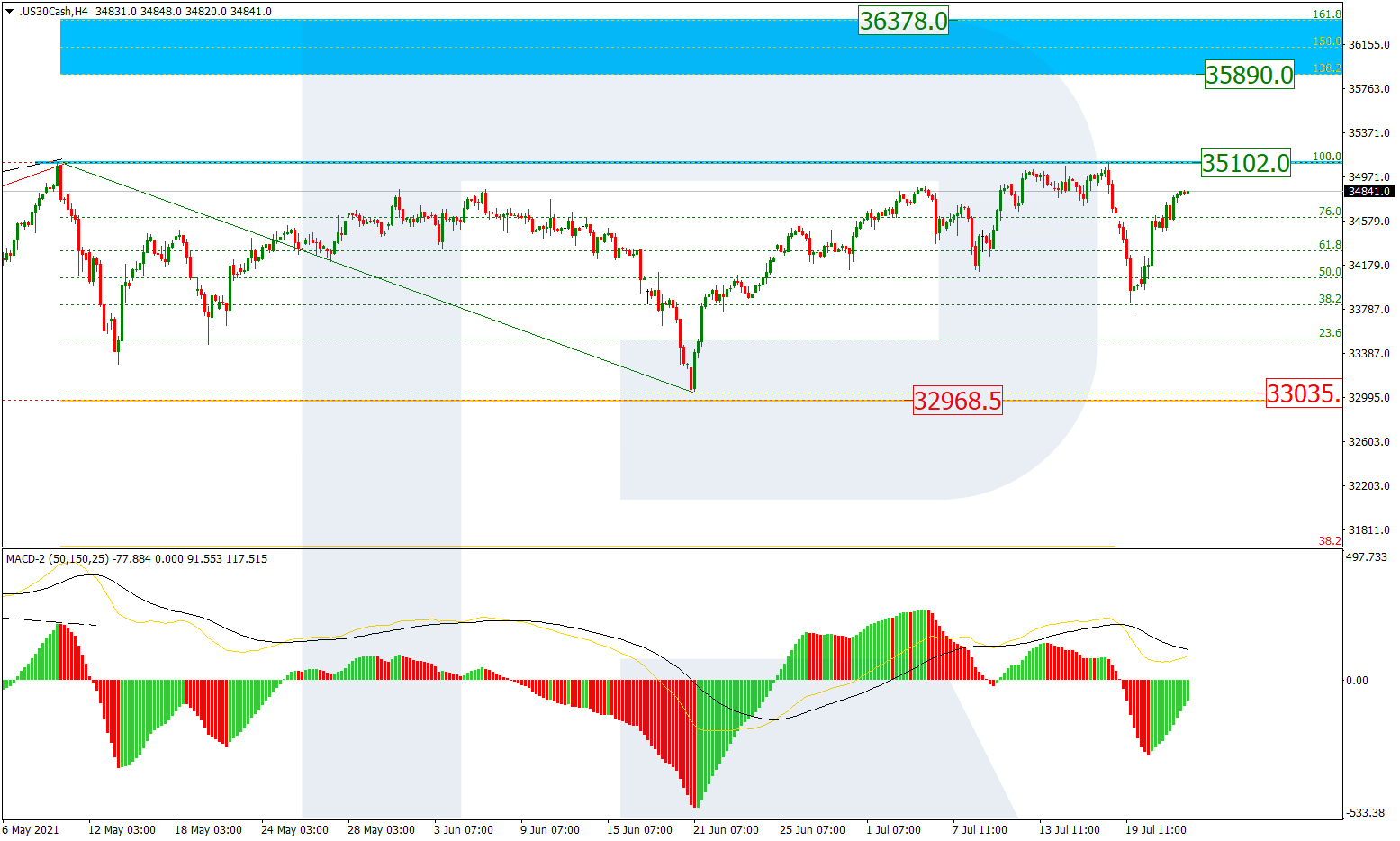 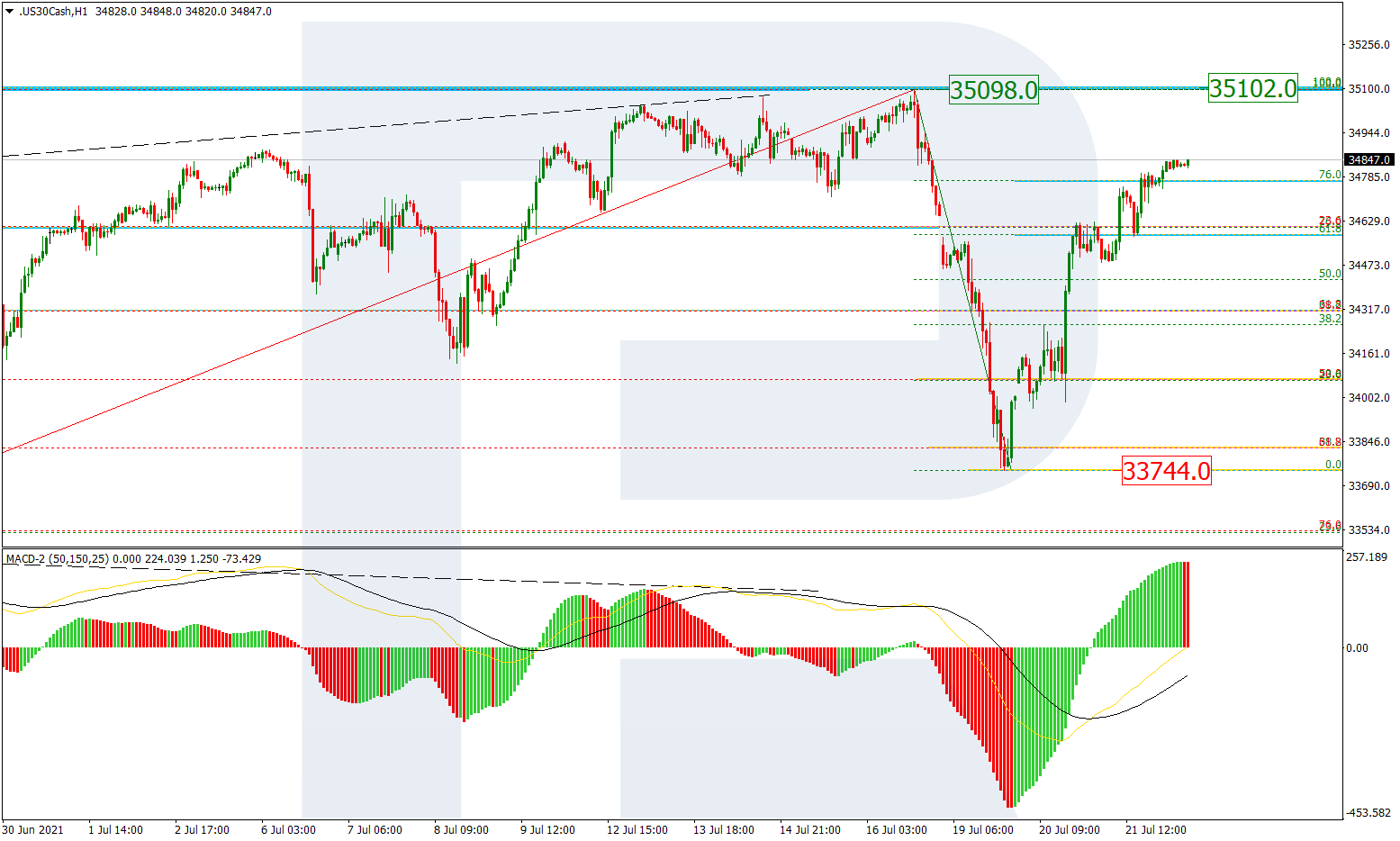