As we can see in the H4 chart, after a breakout of the high at 1.4241 and a divergence on MACD, the pair has started a new correctional decline. The above-mentioned breakout of the high may lead to a further uptrend towards the long-term high at 1.4376 as soon as the price completes the pullback. Later, the price may continue growing to reach the post-correctional extension area between 138.2% and 161.8% fibo at 1.4458 and 1.4594 respectively. 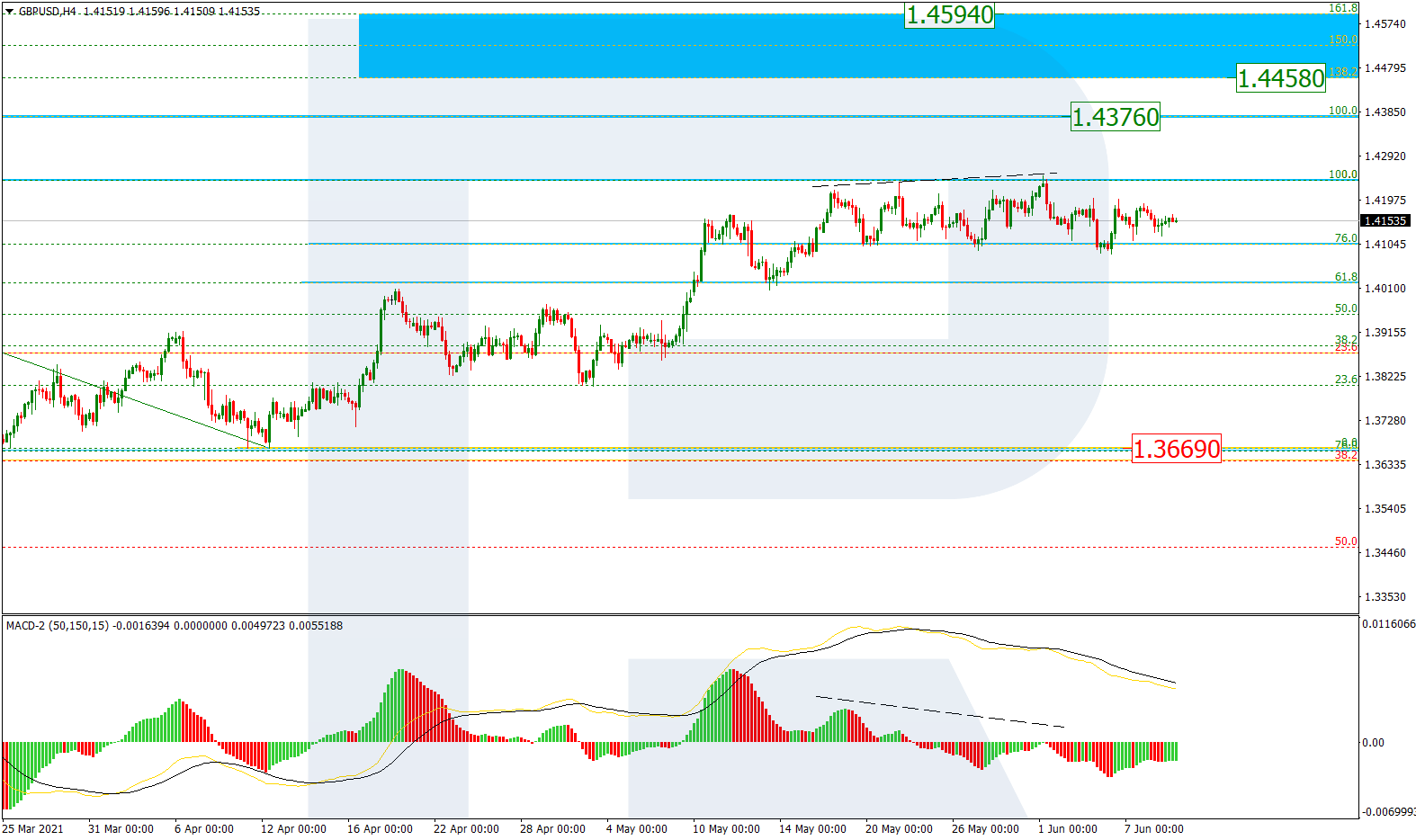 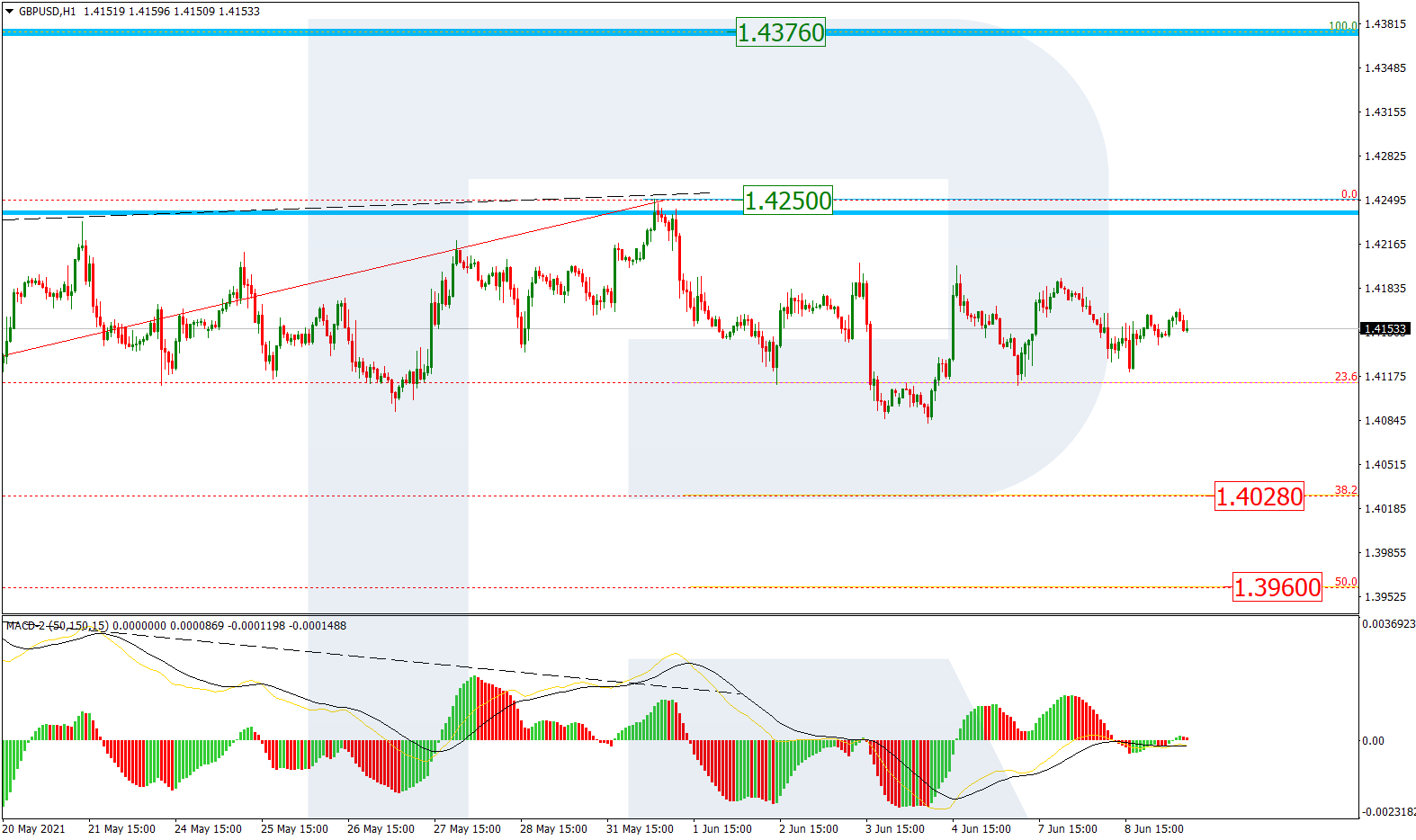 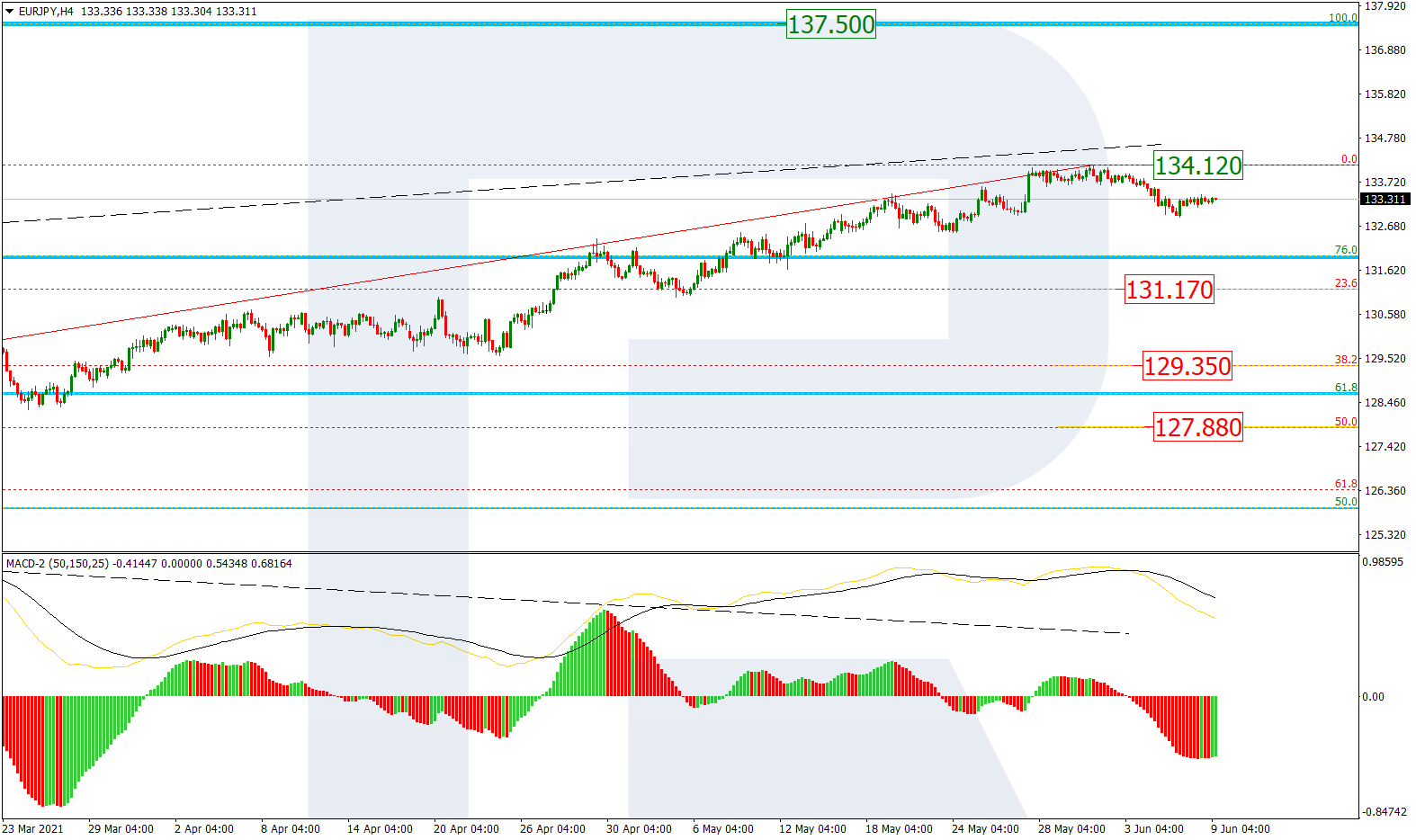 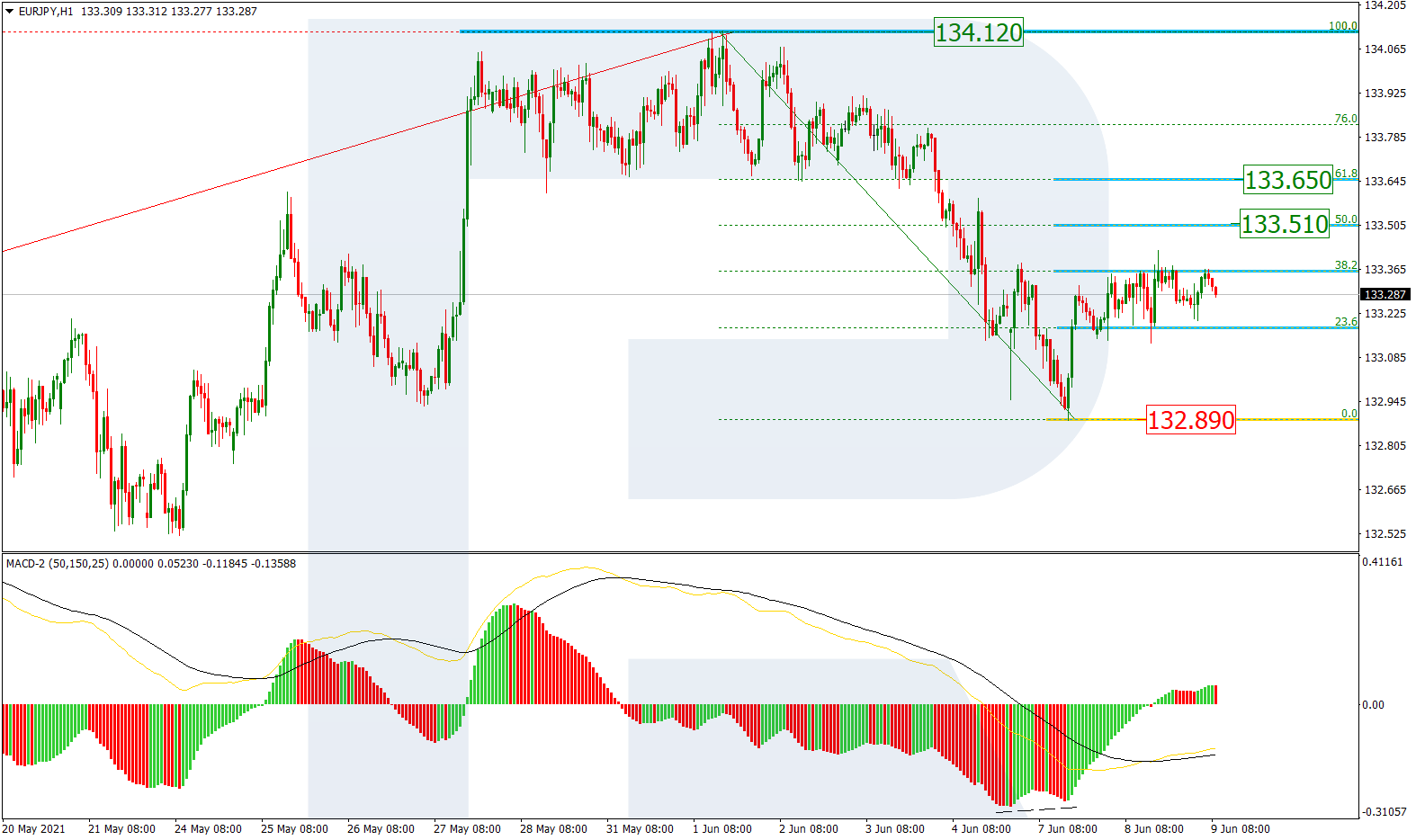