As we can see in the H4 chart, the previous rising wave has transformed into a new sideways correction between 23.6% and 50.0% fibo. Possibly, GBPUSD may yet resume growing towards 61.8% fibo at 1.3174 and then 76.0% fibo at 1.3288. Such a movement will signal further growth to reach the high at 1.3482. However, there is another scenario that implies further decline to break the low at 1.2675 but it’s very unlikely. 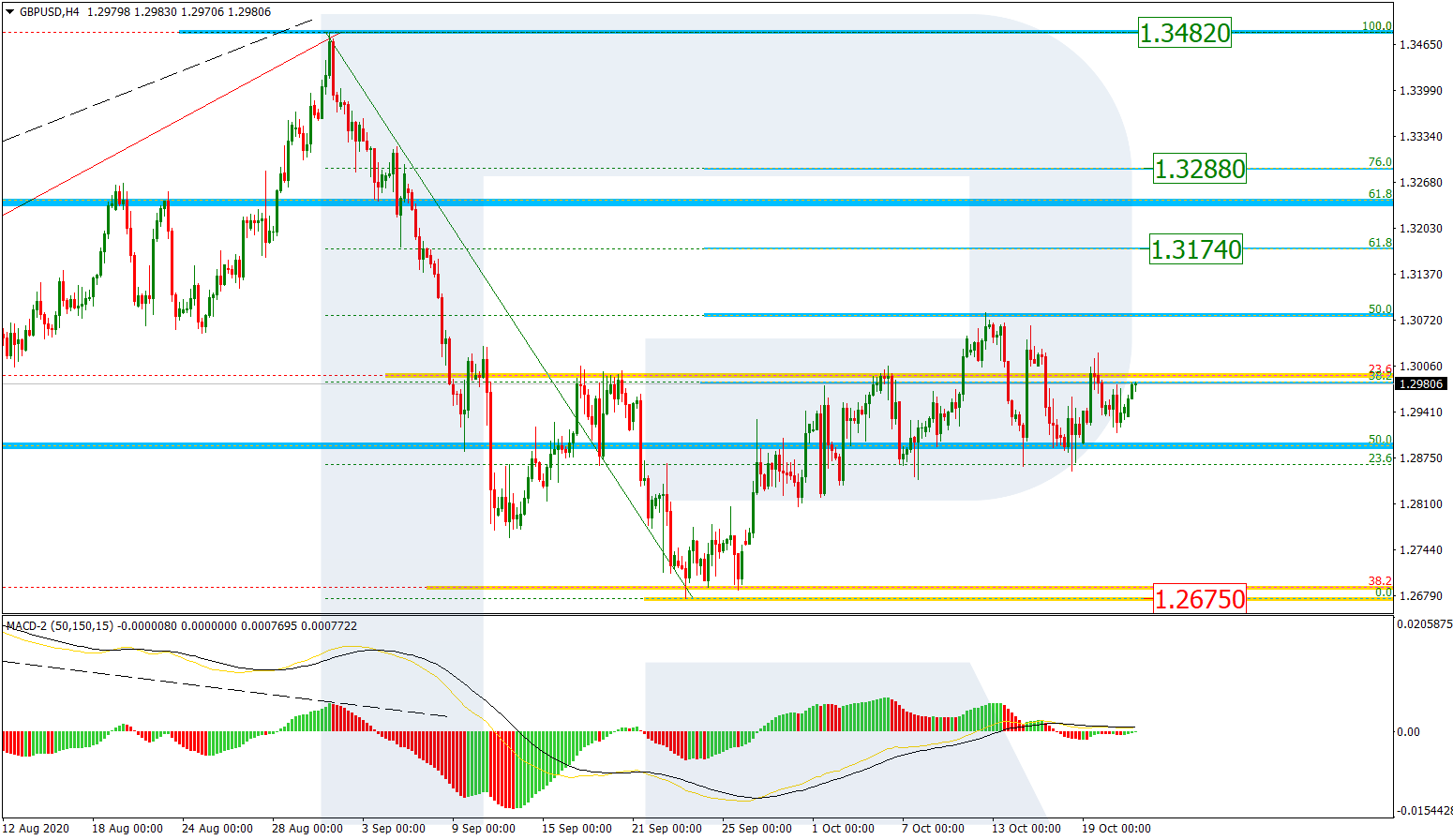 In the H1 chart, a local divergence on MACD made the pair fall and attempt to test 50.0% fibo several times. However, after each test, the asset has failed to update both local highs and the key high at 1.3083, thus hinting at further decline towards 61.8% fibo at 1.2831. If the instrument breaks the resistance at 1.3083, the correction will be over. 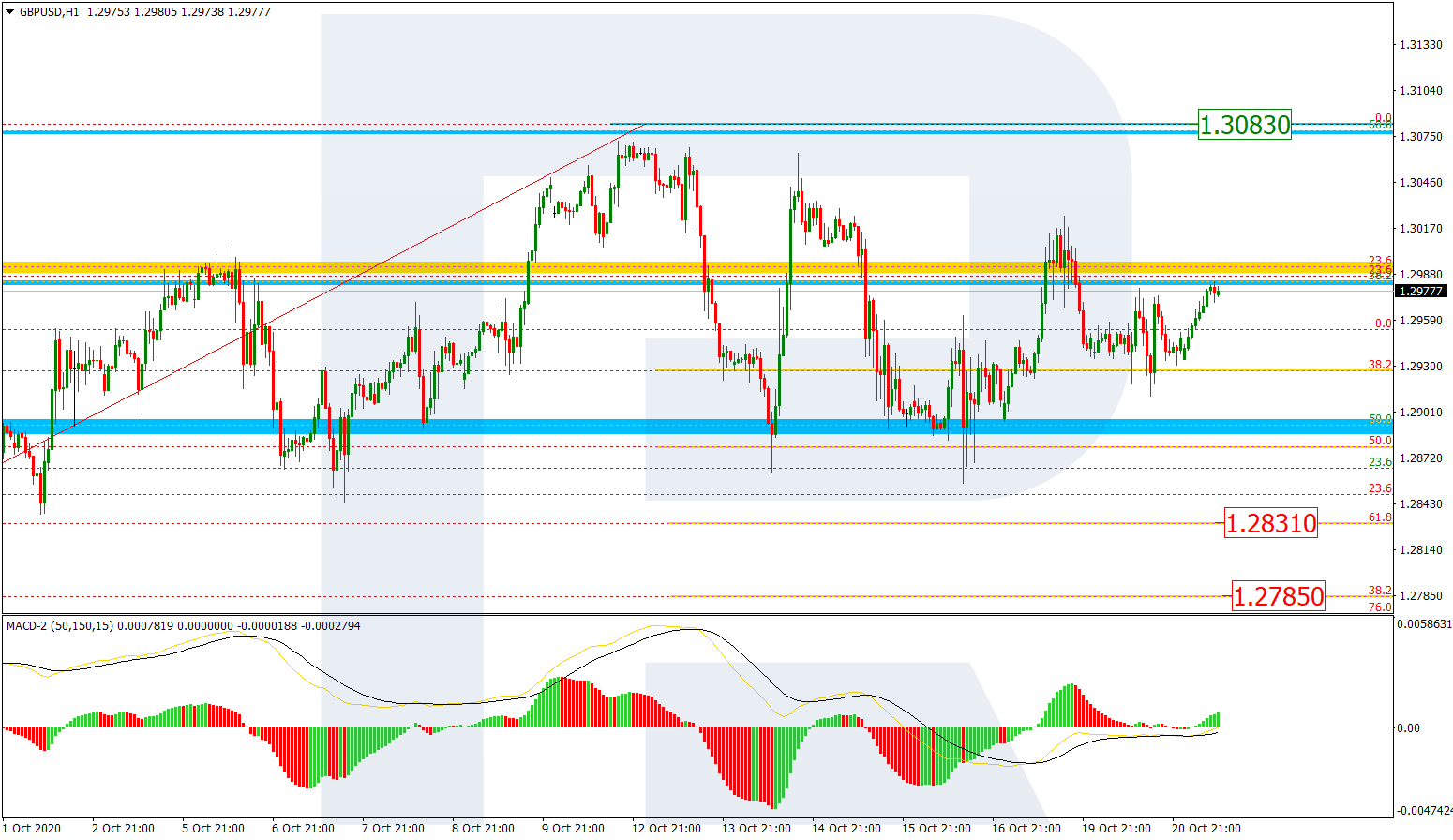 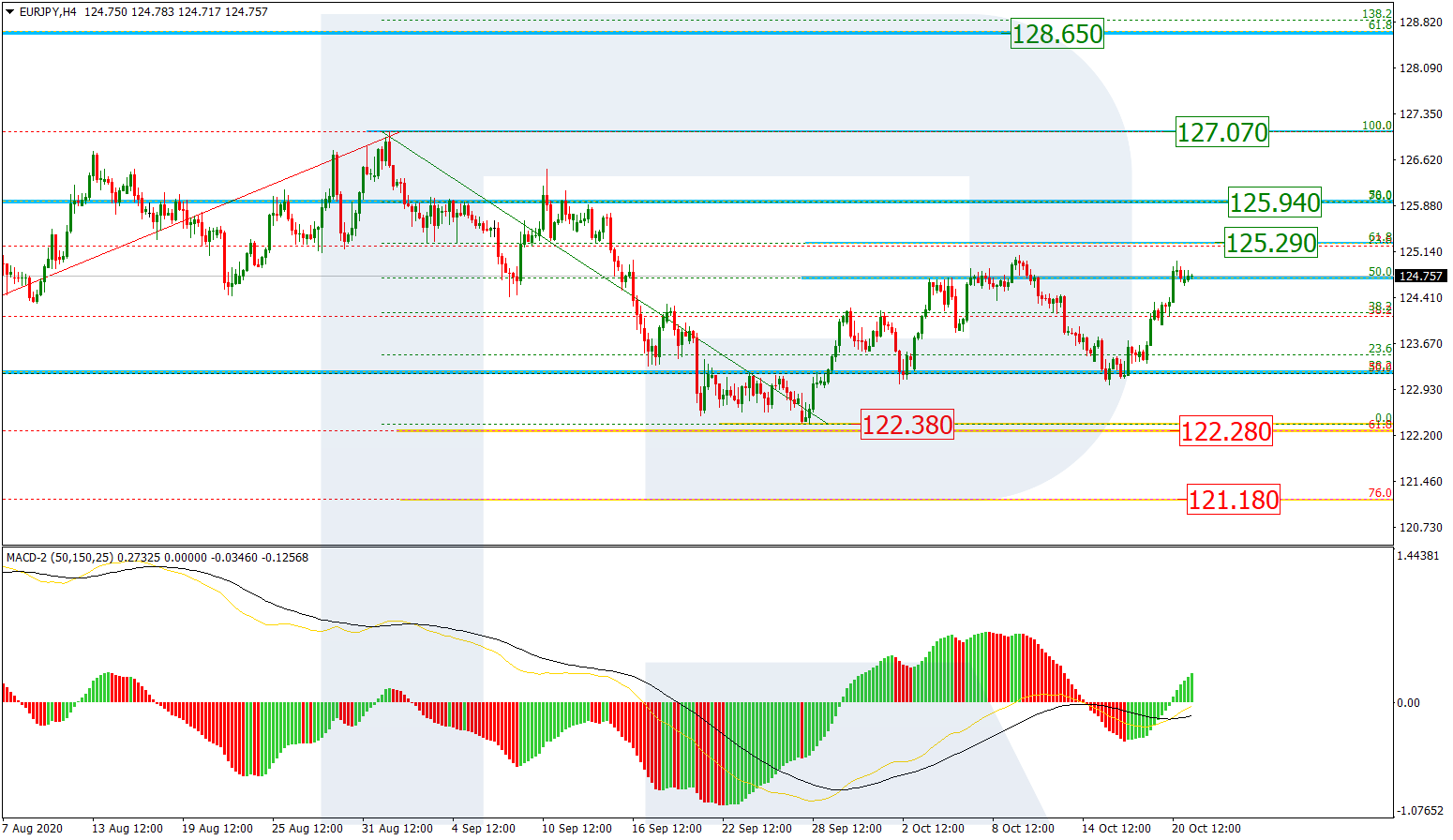 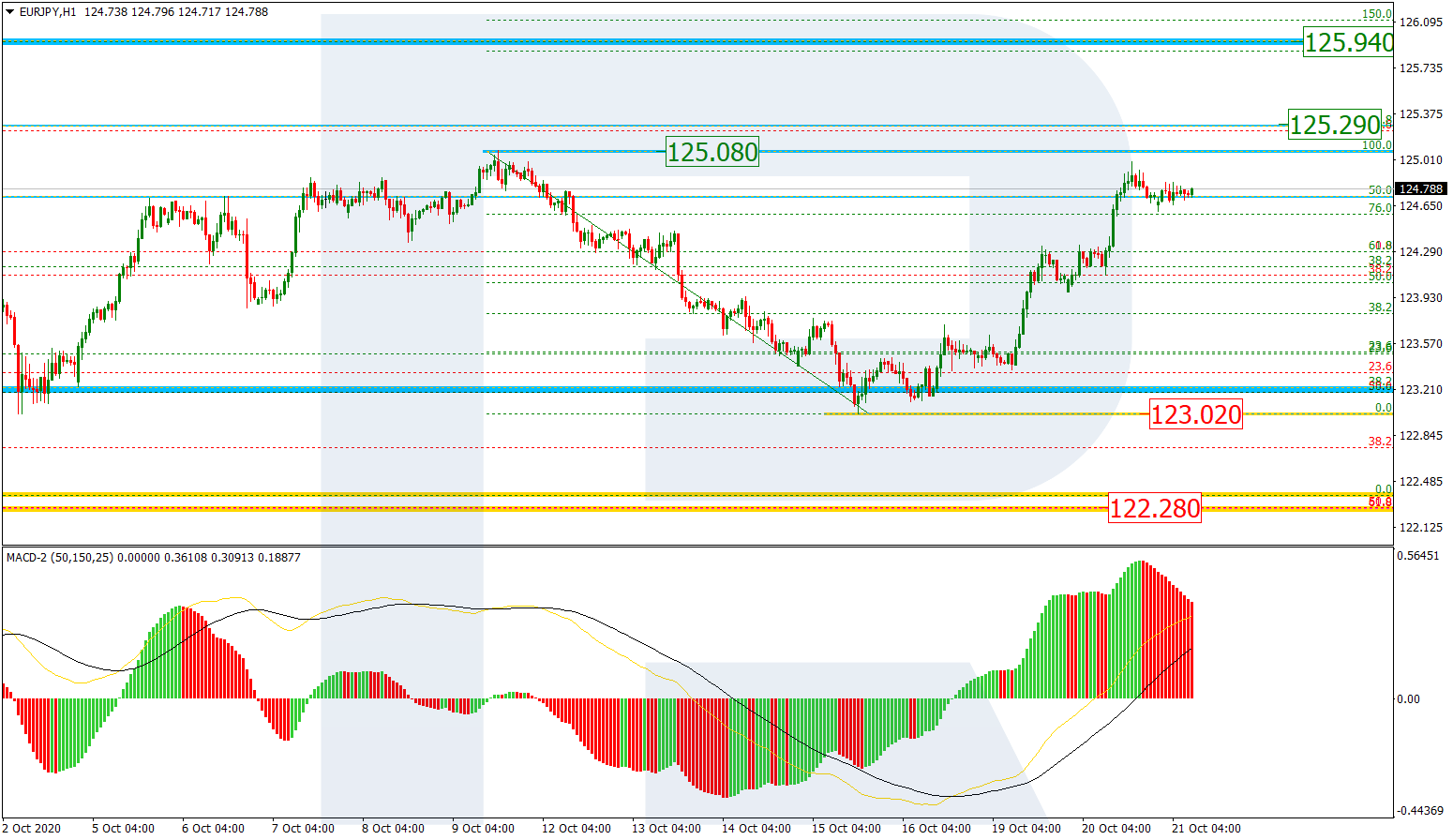