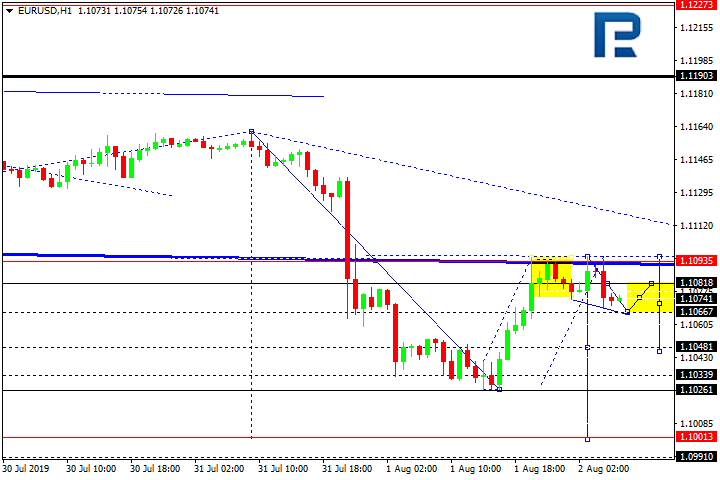 GBPUSD is still consolidating around 1.2110. Today, the pair may form a new descending structure towards 1.2070 and then start another growth to return to 1.2110. After that, the instrument may continue trading inside the downtrend with the short-term target at 1.2044. 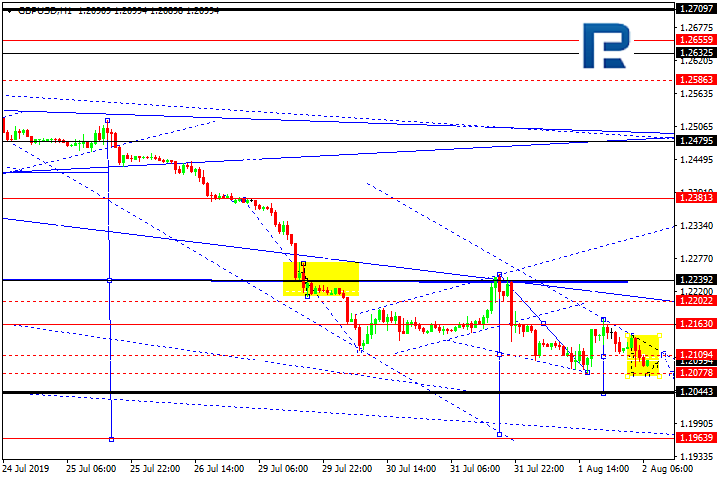 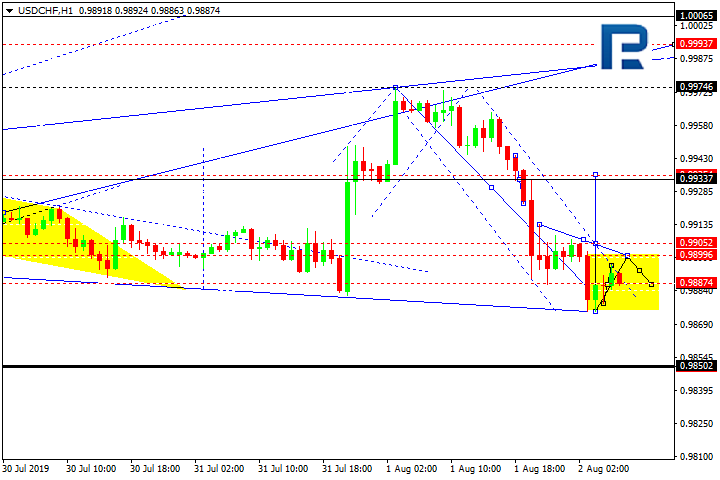 USDJPY is forming another descending wave with the target at 106.11; it has formed a downside continuation pattern at 107.38. Today, the pair may test 107.20 from below and then fall to reach the above-mentioned target. Later, the market may start a new correction to reach 108.00. 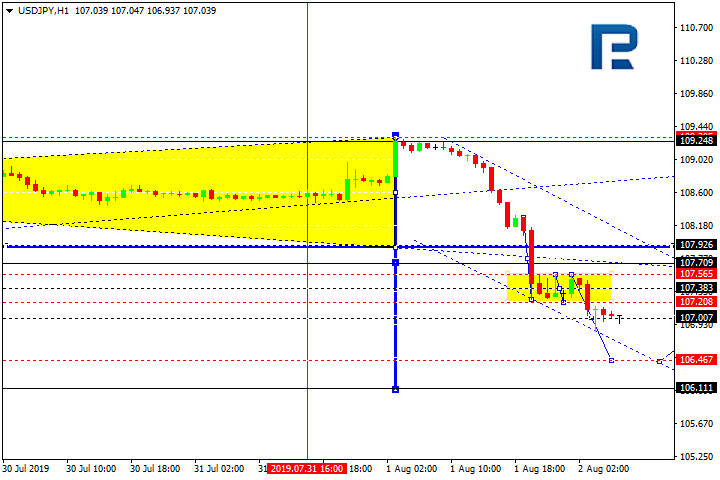 After breaking 0.6830, AUDUSD has expanded its consolidation to the downside. Possibly, today the pair may return to 0.6830 to test it from below and then continue trading downwards with the target at 0.6755. 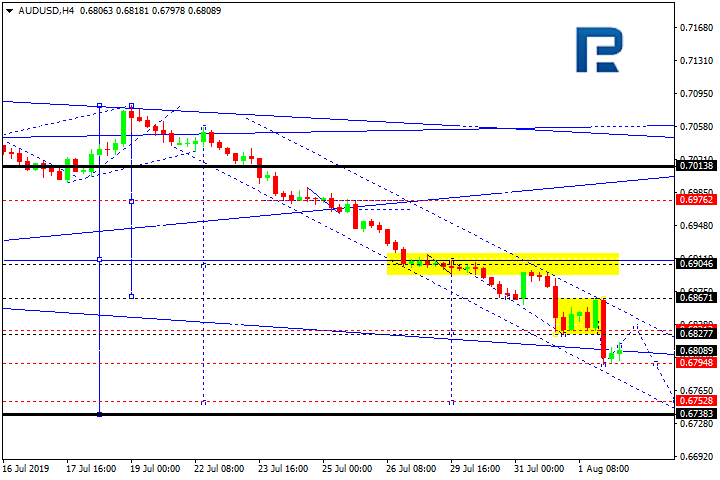 USDRUB has reached the first correctional target at 64.00. Today, the pair may form a new descending structure with the first target at 63.22. 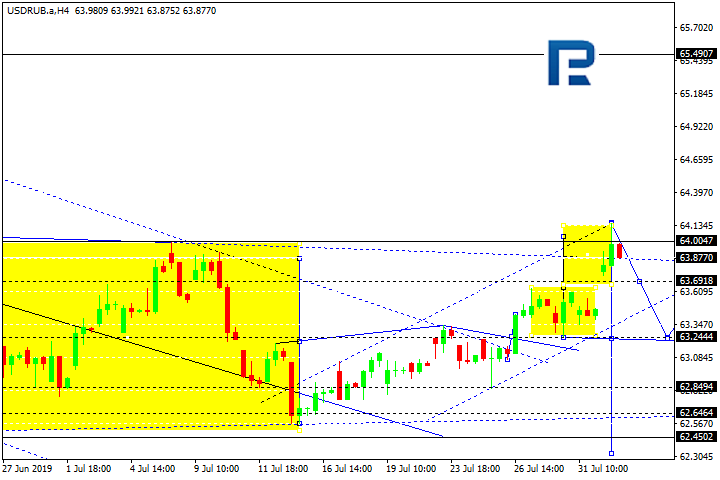 After completing another ascending structure at 1440.14 and forming another consolidation range around this level, Gold has broken it to the downside; right now, it is forming the second descending impulse with the target at 1427.05. After that, the instrument may start a new growth towards 1434600 and then form one more ascending structure to with the first target at 1423.23. 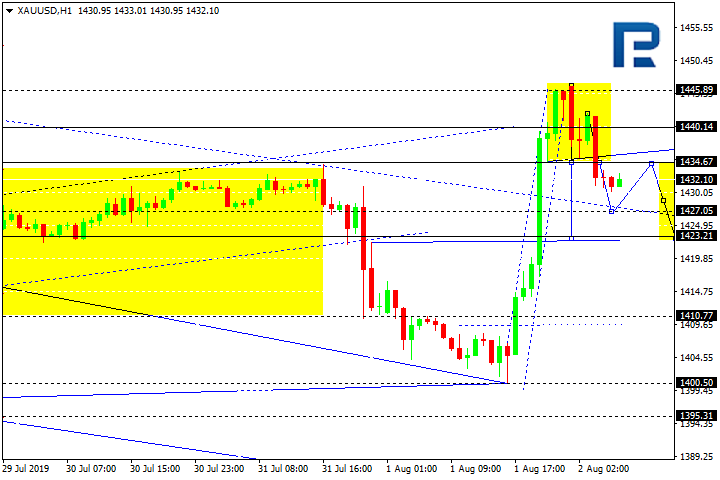 After finishing the descending wave at 60.21, Brent has formed a new rising impulse towards 62.40; right now, it is being corrected with the target at 61.25. Later, the market may start another growth with the short-term target at 63.63. 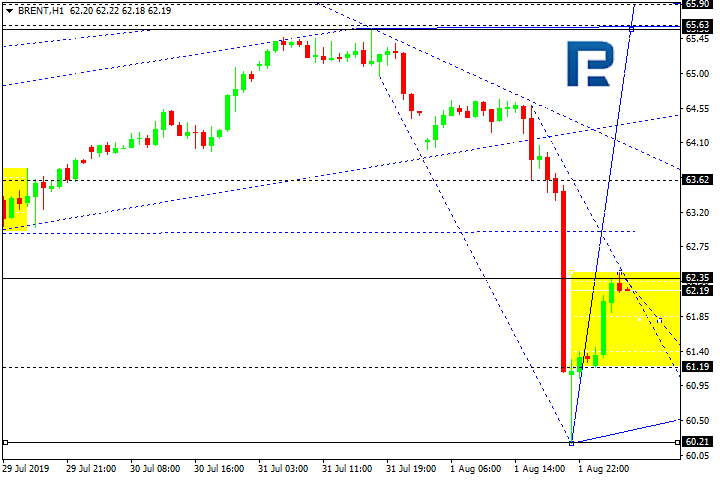