After finishing the descending impulse along with the correction, EURUSD is consolidating around 1.1153. the main scenario implies that the price may form the second descending impulse to break 1.1140 and then trading downwards with the short-term target at 1.1094. 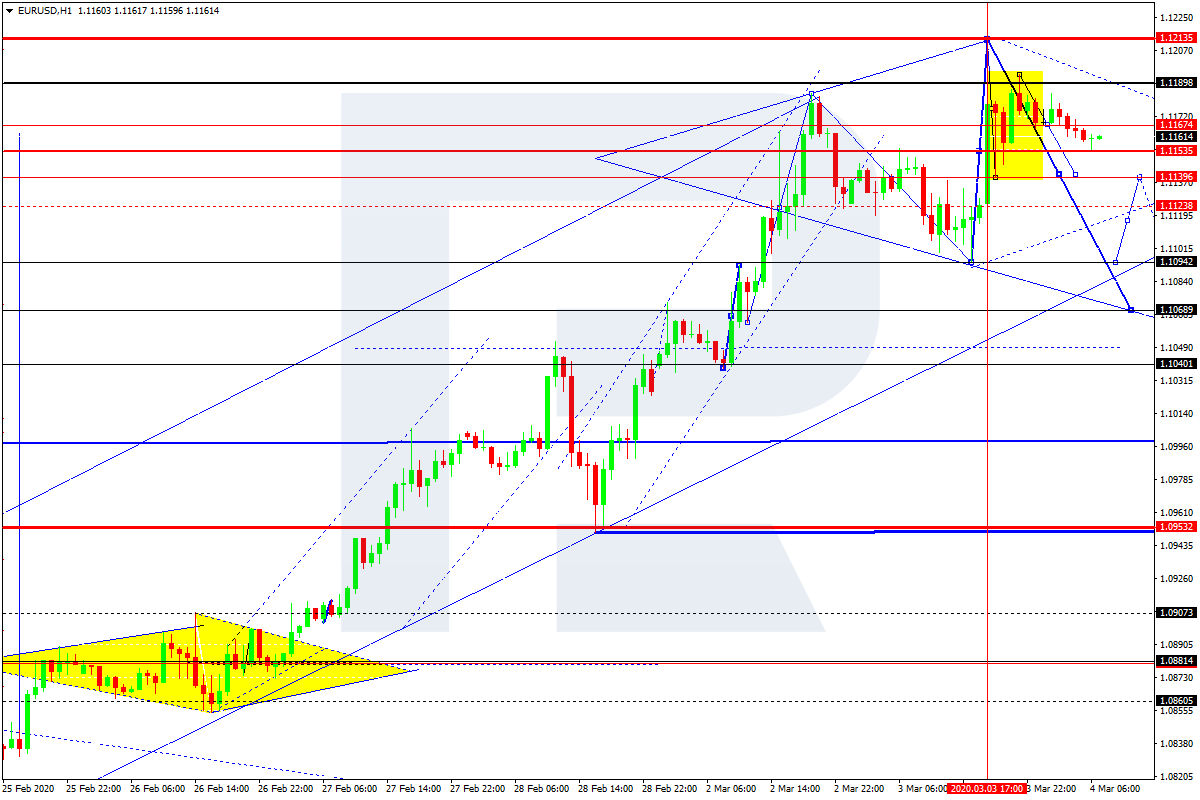 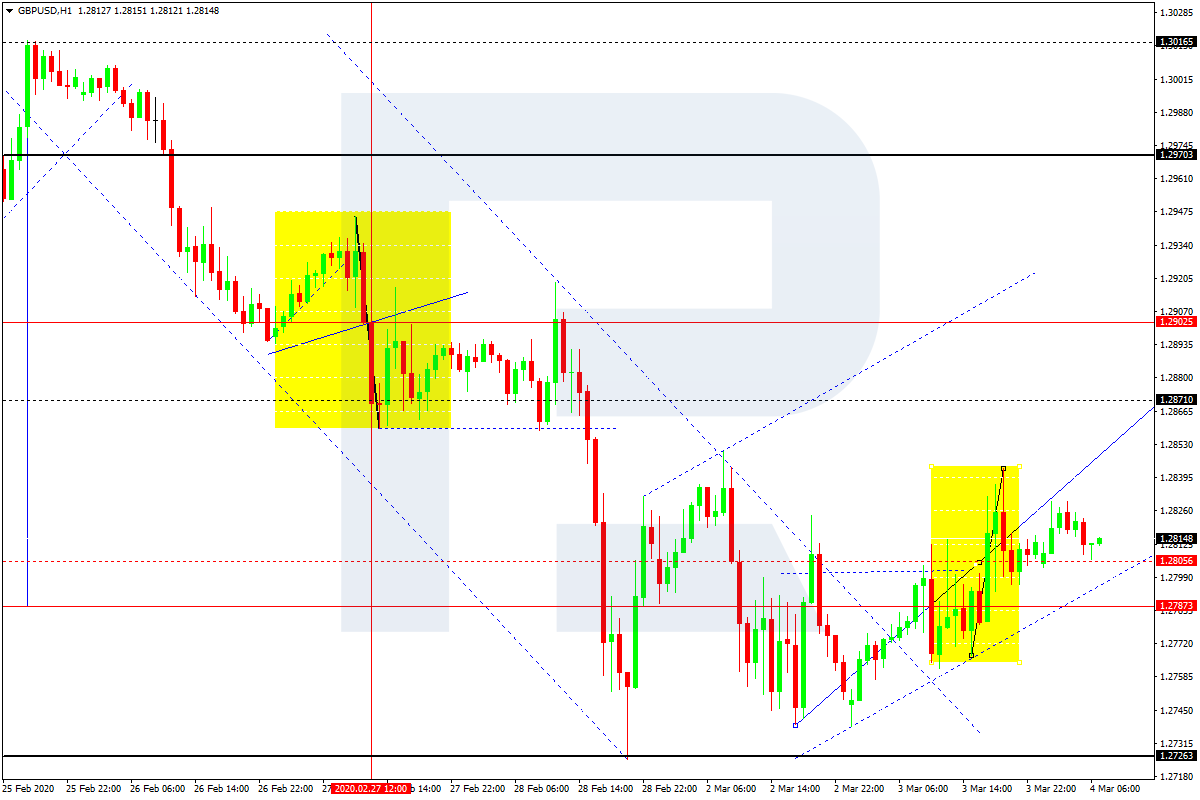 USDCHF is consolidating around 0.9561; it has already finished the ascending impulse at 0.9585 along with the correction towards 0.9549. The main scenario implies that the pair may start another ascending impulse with the short-term target at 0.9622. 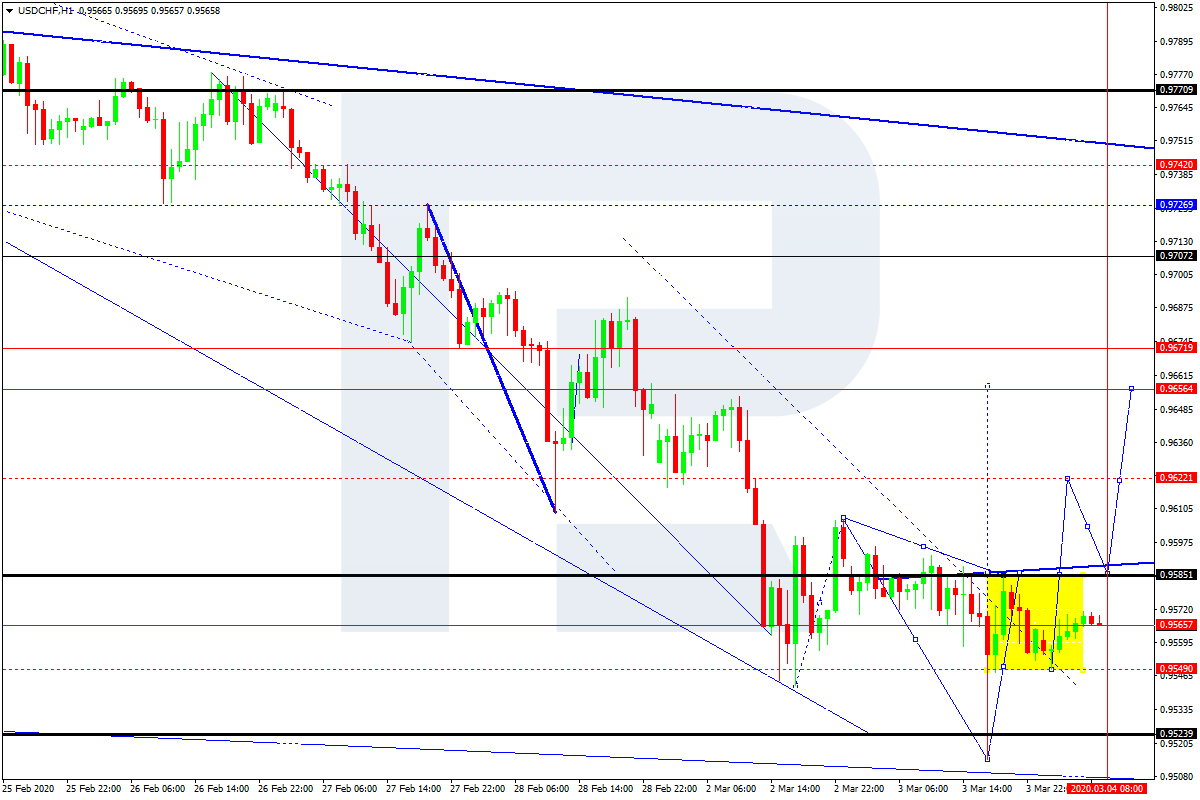 USDJPY has expanded its consolidation range down to 106.94; right now. it is moving upwards to reach 107.68. Later, the market may start another decline towards 106.76 and then form one more ascending structure with the target at 108.90. 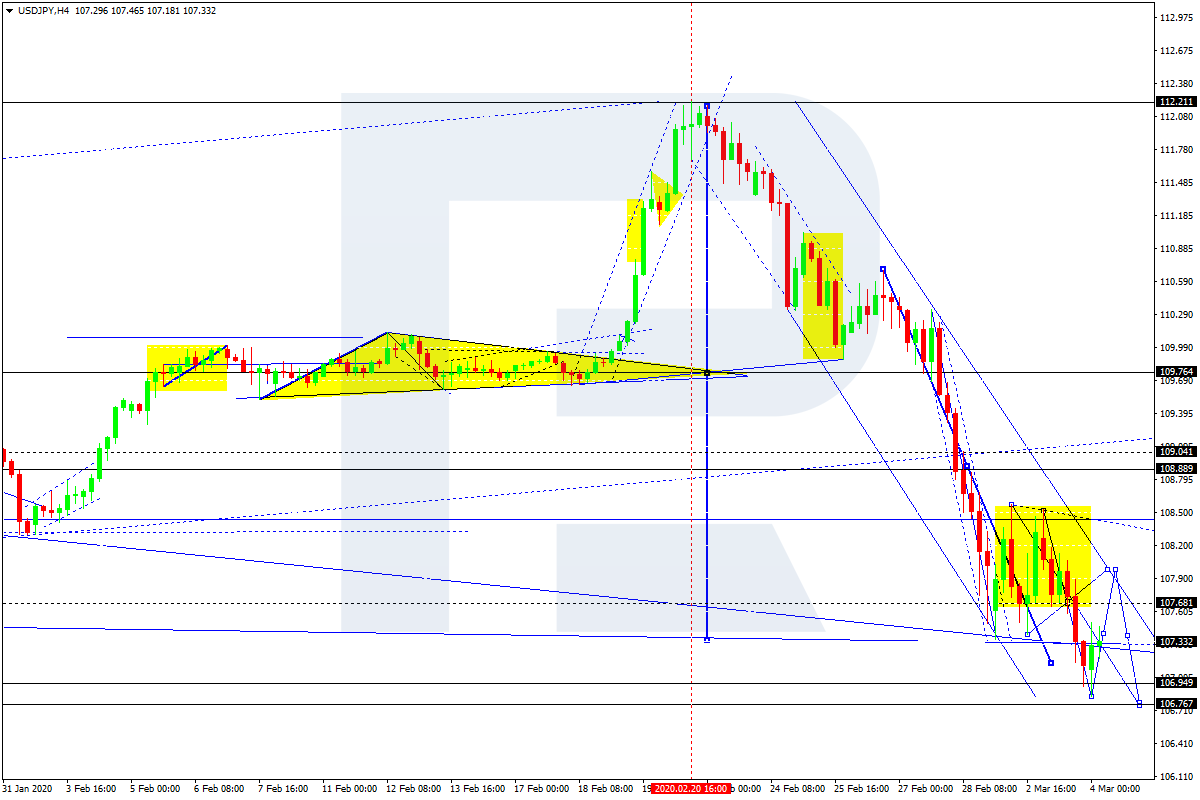 After finishing the ascending wave at 0.6640, AUDUSD is expected to correct towards 0.6520. After that, the instrument may form the second wave to the upside with the target at 0.6713. 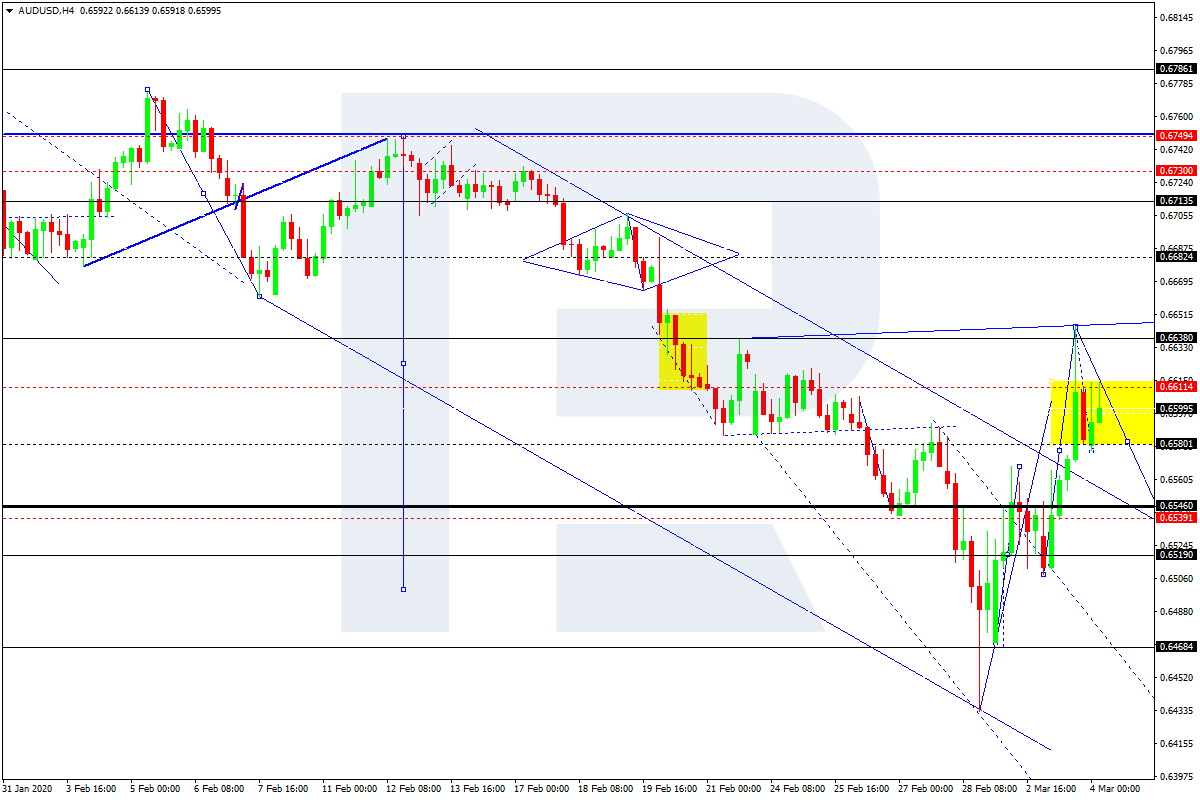 After finishing another descending structure towards 65.66, USDRUB is expected to start a new correction to reach 66.50. After that, the instrument may resume its decline with the target at 65.30. 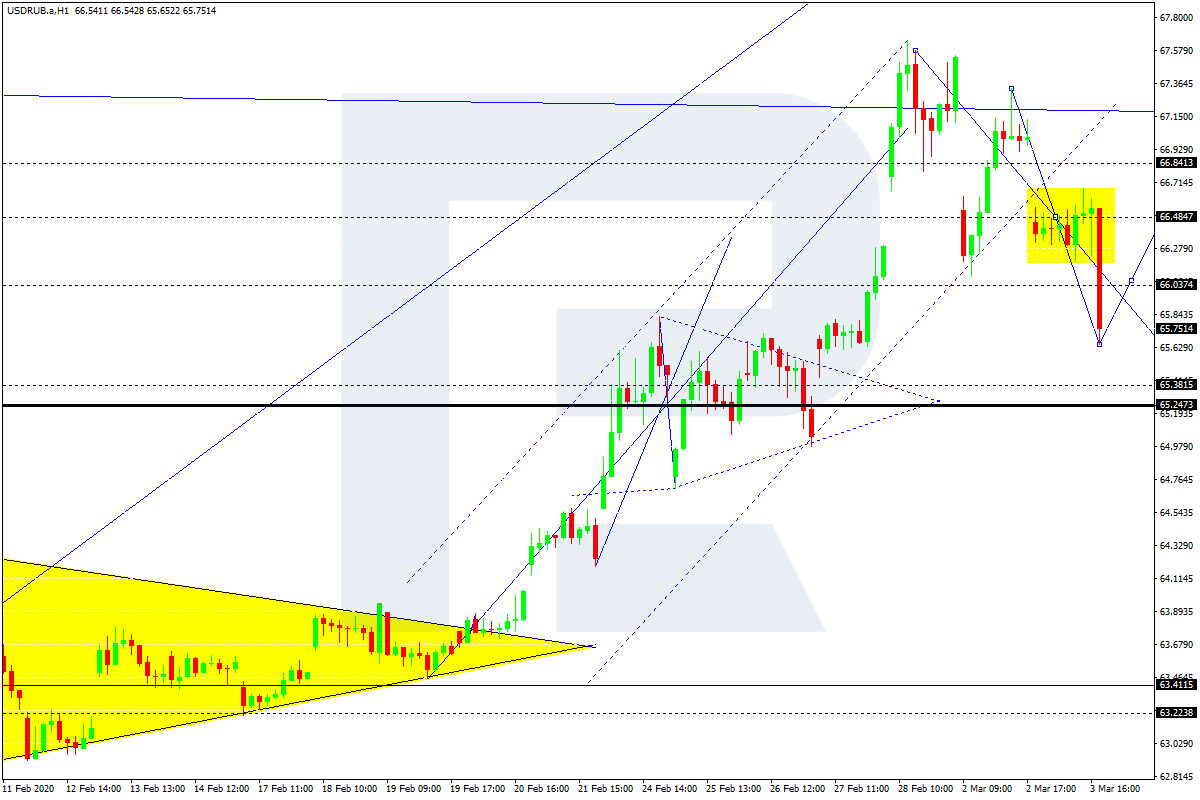 USDCAD is forming a wide consolidation range around 1.3347. Today, the pair may form another descending impulse towards 1.3323. Later, the market may start a new growth with the target at 1.3385 and then resume trading downwards to reach 1.3300. 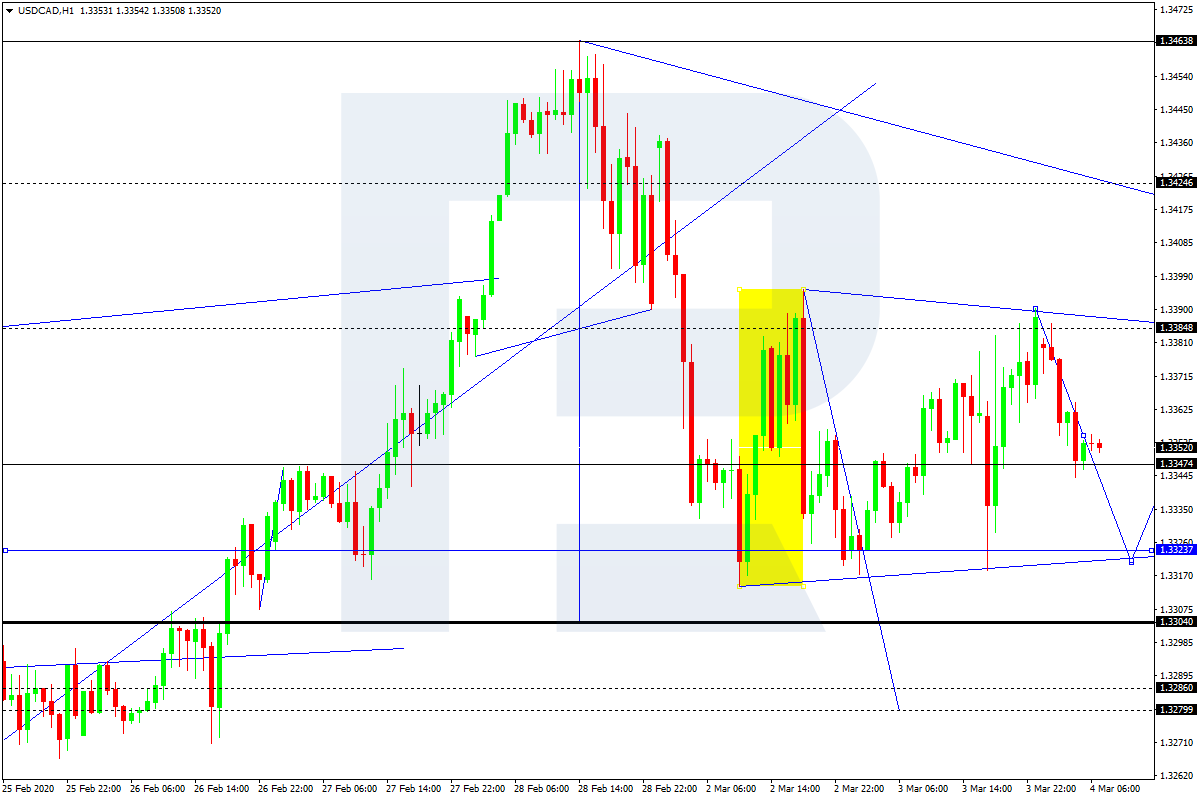 After completing the correction at 1650.90, Gold is consolidating around 1641.65. According to the main scenario, the instrument is expected to break the range downwards to reach 1602.08. Later, the market may break this level as well and continue trading downwards with the target at 1550.00. 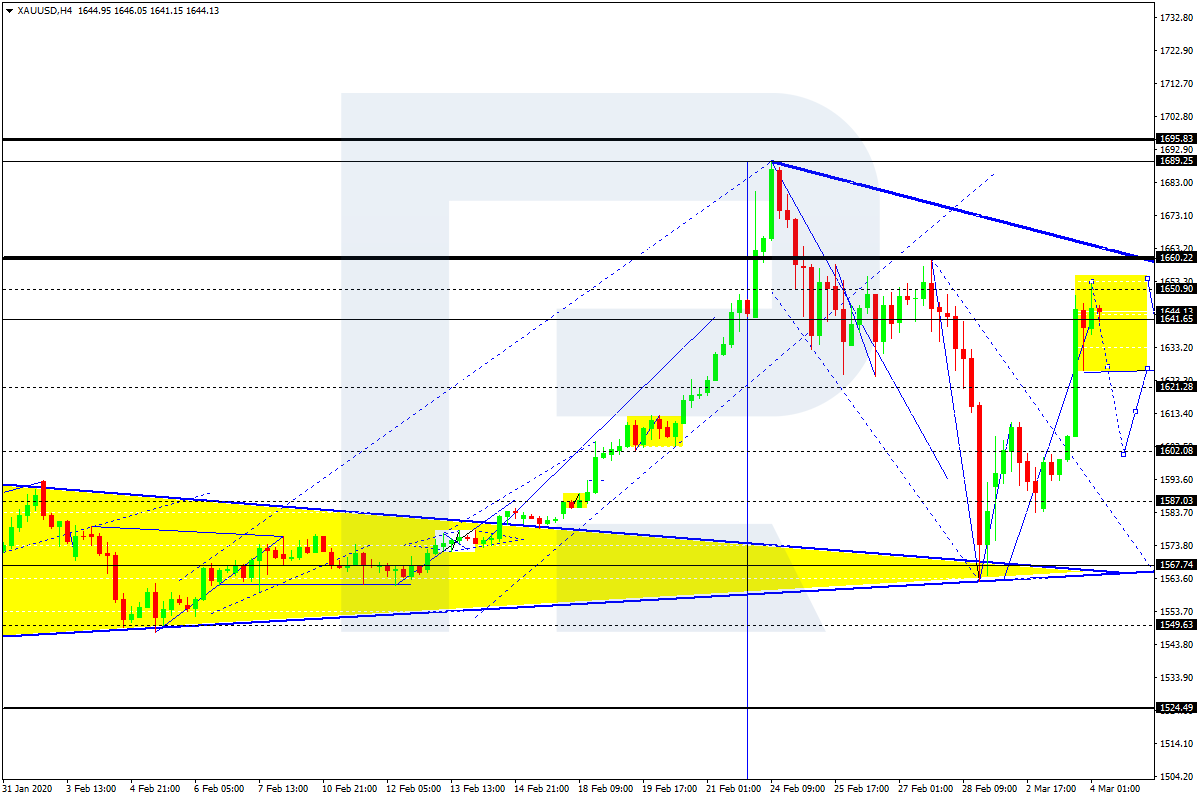 After finishing the second ascending impulse at 54.20, Brent has almost completed the correction towards 54.60. Today, the pair may start another growth with the target at 55.05 and then form a new descending structure towards 52.20. 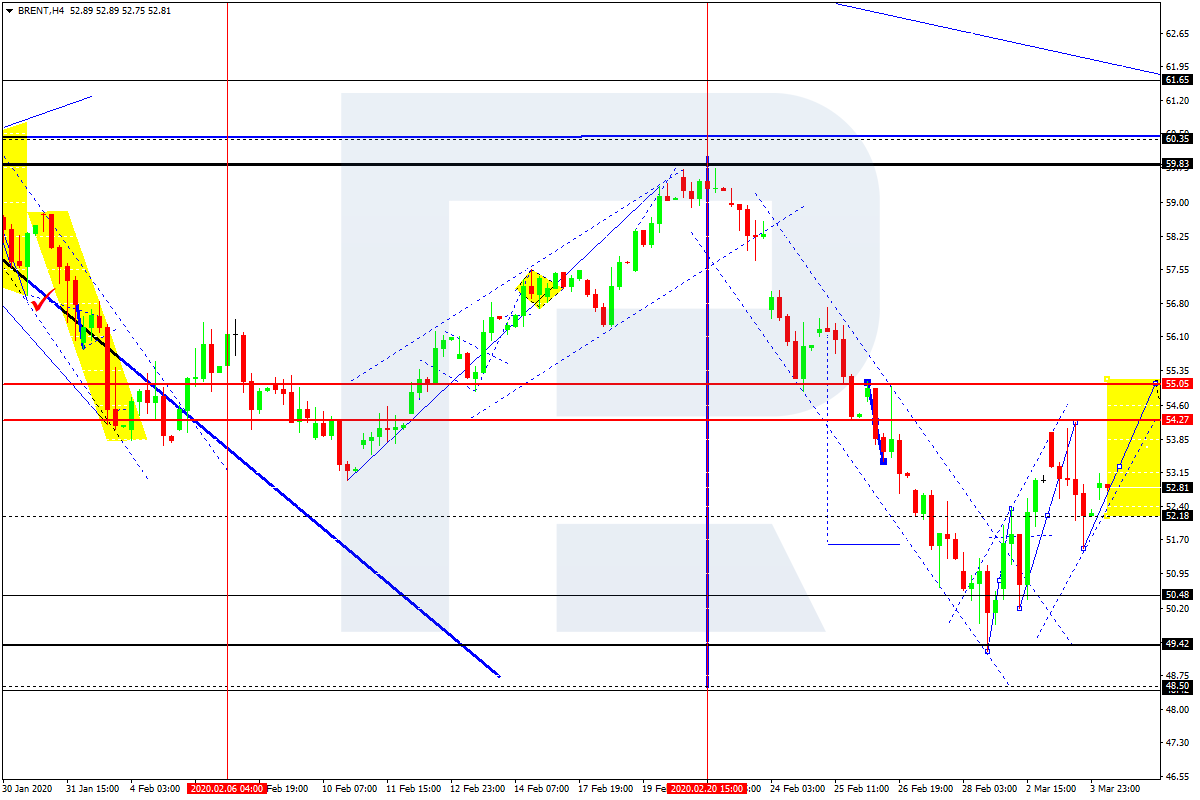 BTCUSD has completed the correction at 8660.00. Possibly, today the pair may grow towards 9200.00 and then start a new correction to reach 8900.00. Later, the market may form one more ascending structure with the first target at 9400.00.