The Index continues forming an ascending impulse inside wave 5. On the minor wave level the price is finishing the fourth wave. Most likely, after completing a local correction, the instrument will start a new ascending movement inside wave [5] of 5. 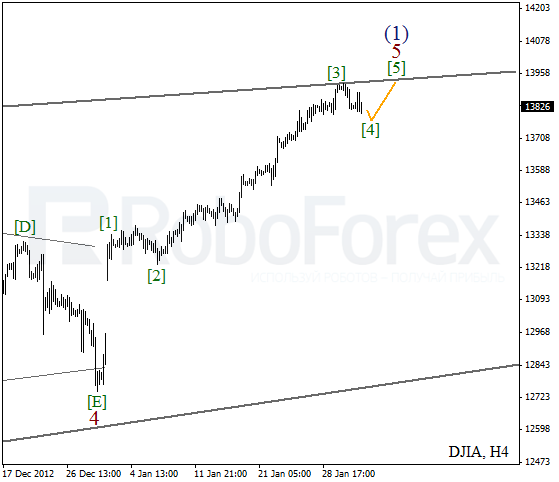 More detailed wave structure is shown on the H1 chart. It looks like the Index is finishing the fourth wave in the zigzag pattern. in the near term, the price is expected to start growing up inside the fifth wave. 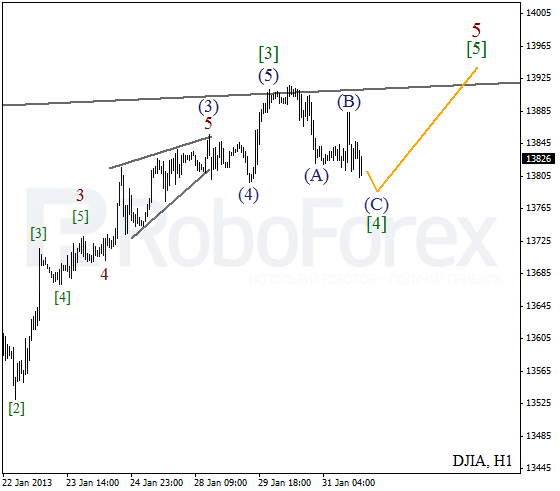 We may assume that both an impulse inside wave C and zigzag pattern inside wave (2) are completed. During the next several days the price may start forming an initial descending impulse. Later the instrument is expected to start a local correction, during which I’m planning to open the first sell order. 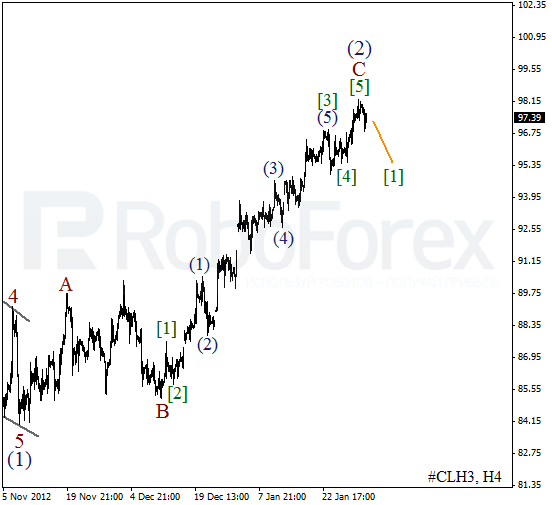 As we can see at the H1 chart, the bears were able to form a short descending impulse on Thursday. After completing the second wave on Friday, the price may continue moving downwards inside the third one. 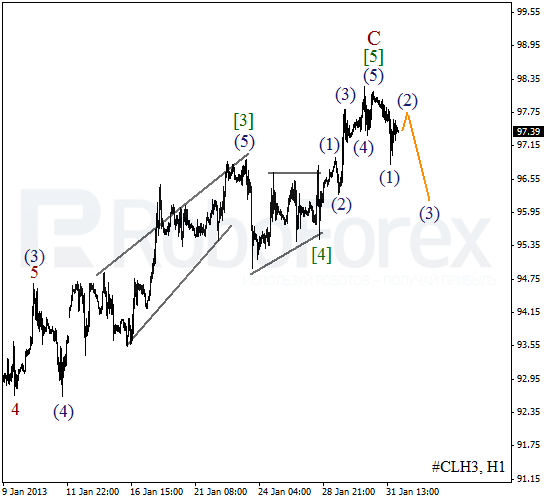