Index is still being corrected. It looks like wave [2] is taking the form of zigzag pattern with wave (B) completed inside it yesterday. Possibly, in the future price may break local minimum while forming wave (C) of [2]. 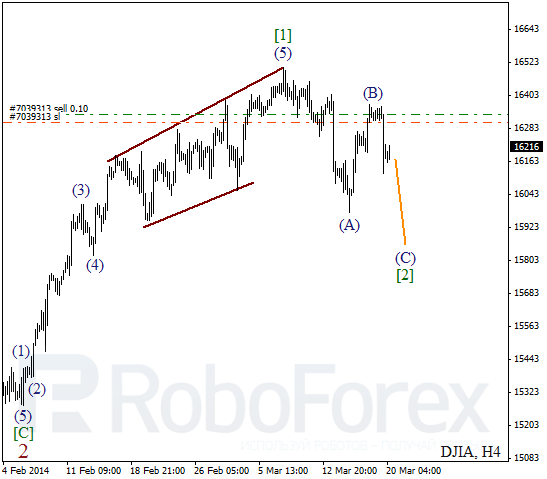 More detailed wave structure is shown on H1 chart. Probably, right now Index is forming descending impulse inside wave 1. In the future, market may form new correction and then start another descending movement inside the third wave. 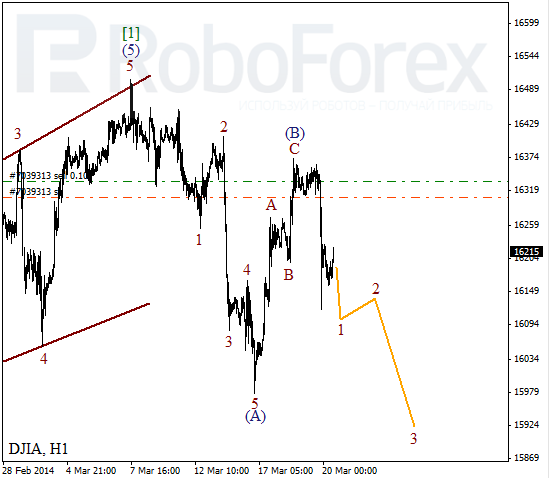 Oil formed bearish impulse inside the first wave and started correction. Most likely, the second wave will continue for the next several days. During local correction, I opened short-term buy order. In the future, instrument tis expected to start strong descend movement inside the third wave. 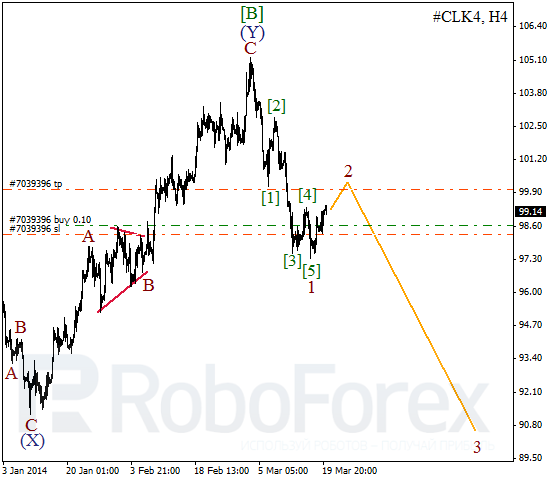 As we can see at the H1 chart, wave [5] was quite short. Oil completed bullish impulse [A] inside the second wave, which means that after slight correction, price may continue growing up and forming wave [C] of 2. 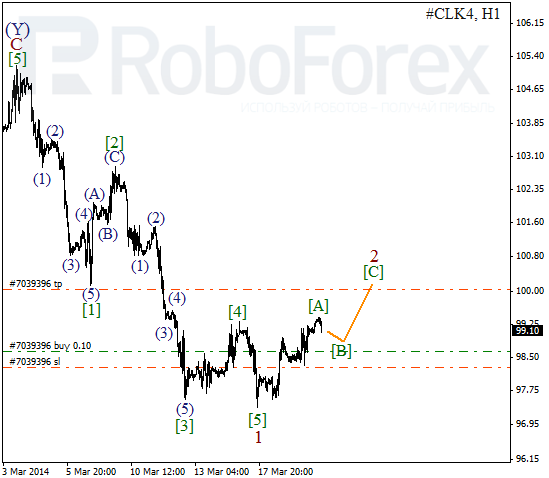