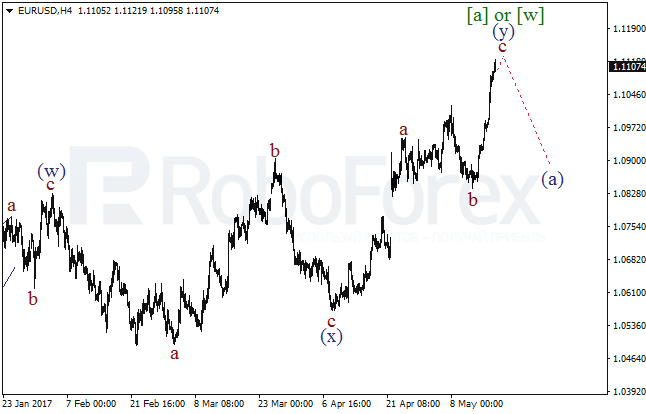 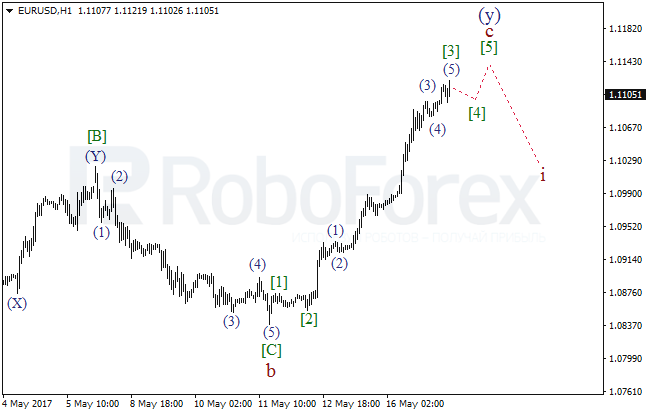 As we can see on the H1 chart, an extension of the 3rd wave within the wave с is being completed now. Consequently, after a local correction is over, a yet another bullish impulse within the wave [5] of c can occur. 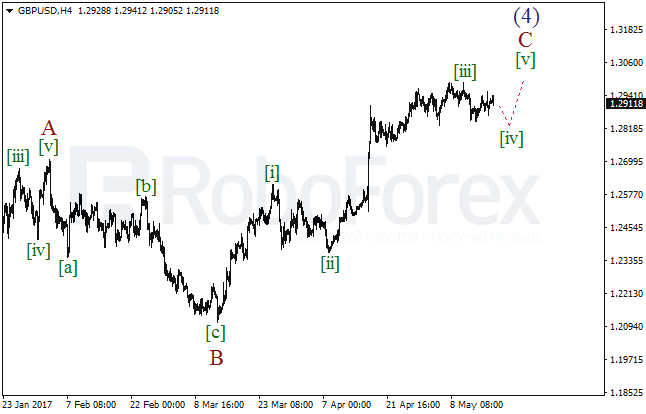 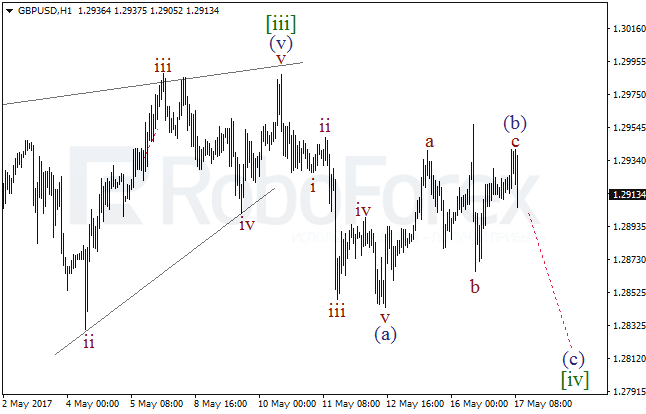 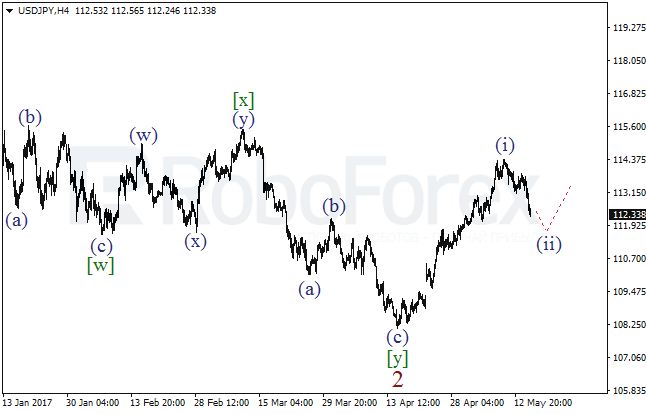 The bullish impulse in the wave (i) has been completed, and this opens the way for a descending correction. In the near-term the pair can lower further within the wave (ii). 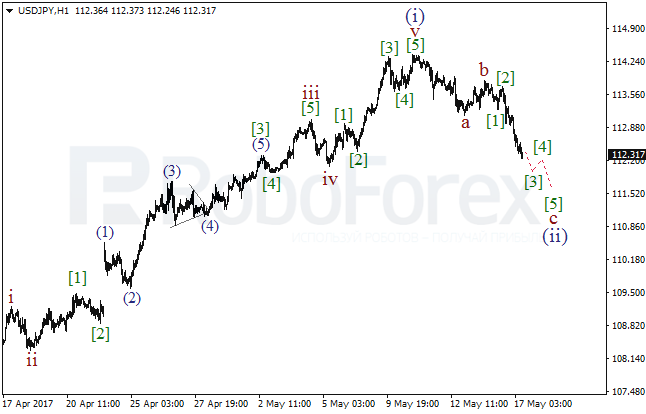 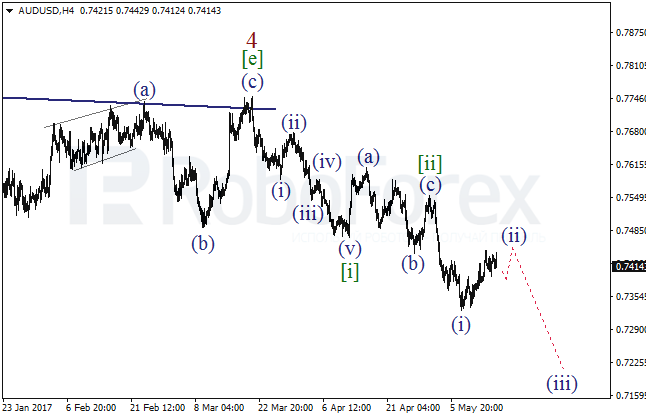 The basic wave scenario tells about development of an extension within the wave [iii] which has the 2nd wave within it being developed. In the near-term the down movement can resume within the wave (iii) of [iii]. Consequently, the low of the wave (i) can be broken shortly. 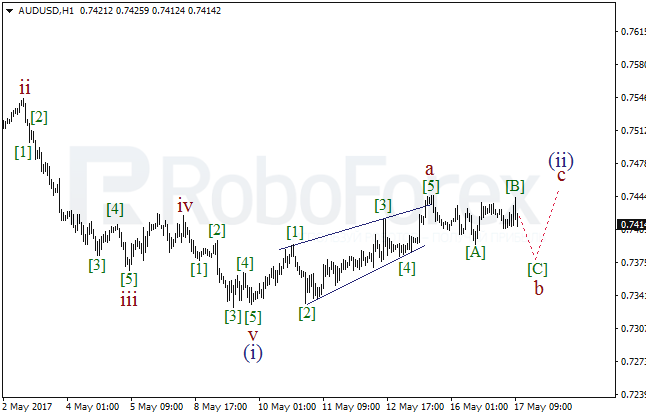