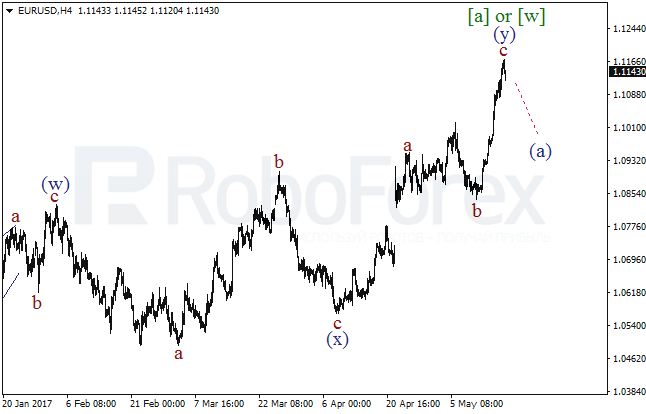 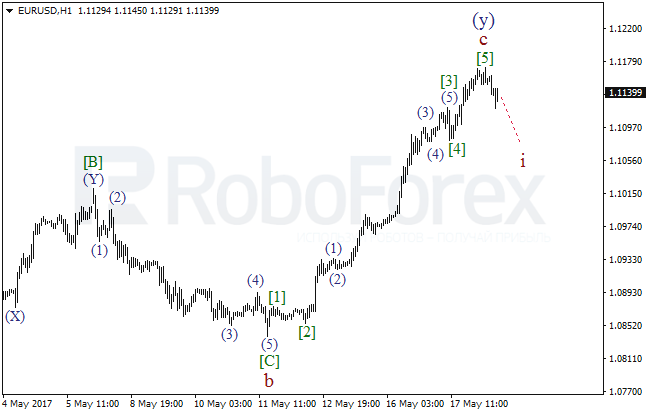 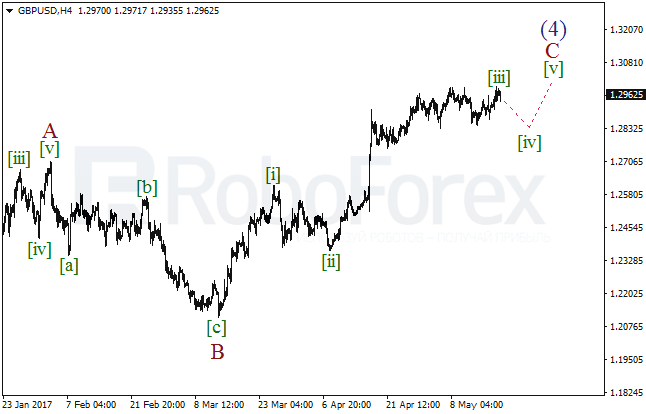 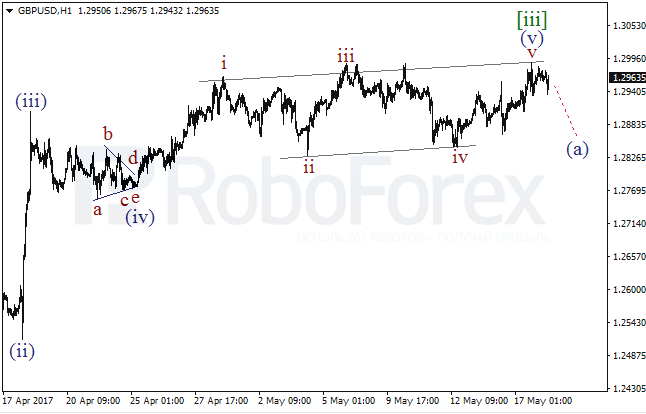 Recently a new local low was formed that lead to redrawing of the wave analysis. There is a strong probability that a diagonal triangle has been formed within the wave (v) of [iii], and this clears the way for the pair to move lower for a short time (а). 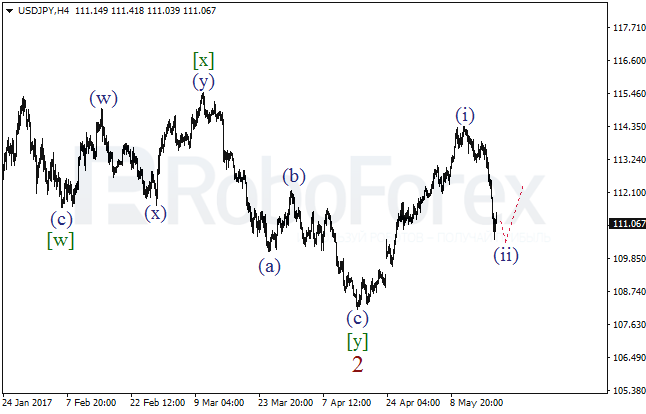 A descending correction within the wave (ii) continues. In the near-term the price can still break the local low, but afterwards the bulls can try to resume lifting the pair higher. 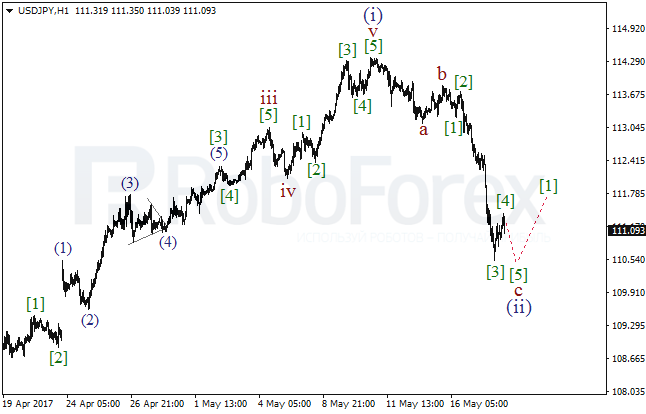 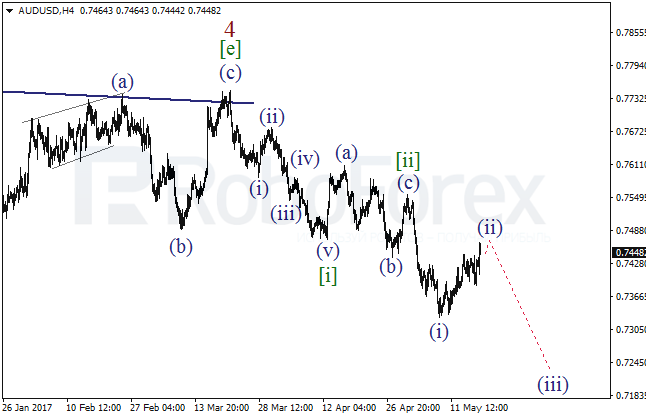 Продолжается формирование нисходящего удлинения в волне [iii], в рамках которой завершается вторая волна. In the near-term, after the correction is over, the pair can resume going down within the wave (iii) of [iii]. Consequently, the price can break through the low of the wave (i) in the short time. 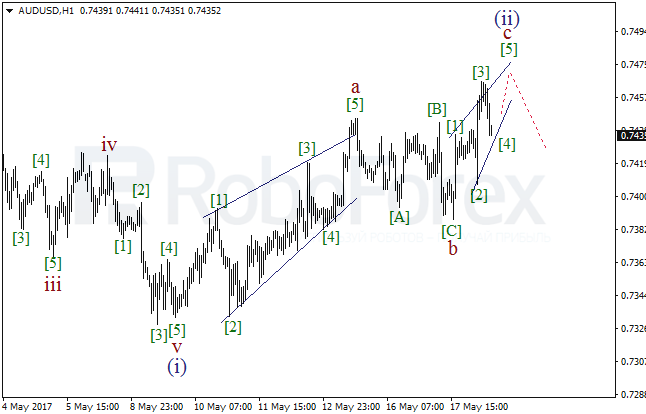 On the H1-chart the zigzag  within the wave (ii) is being completed, and a diagonal triangle is being developed as a part of the wave с. Afterwards we can see a new local high while the wave [5] of c is being formed.