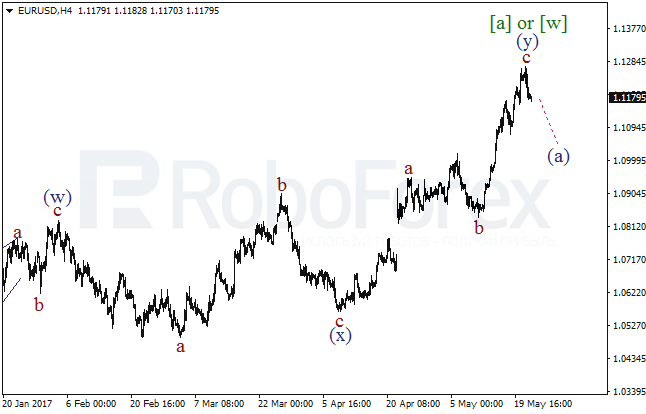 Admittedly, a double zigzag within the wave [a] or [w] has been completed. After that a descending correction can occur. This correction will be confirmed when a bearish impulse in the direction of the wave (а) occurs. 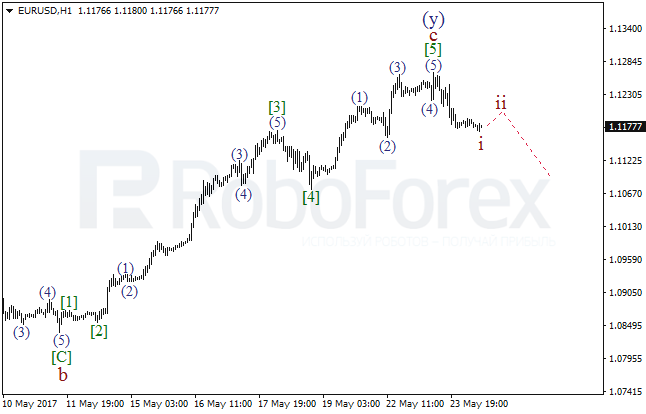 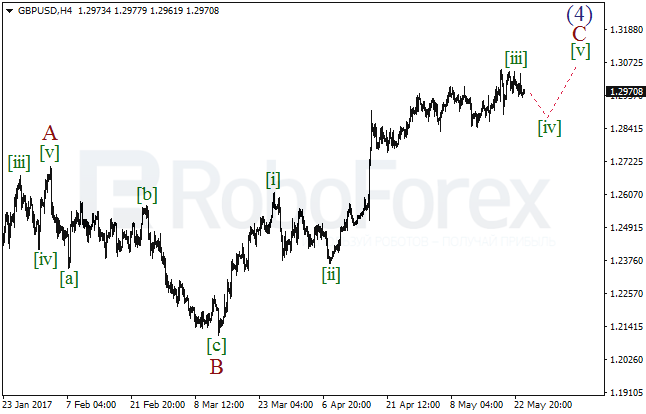 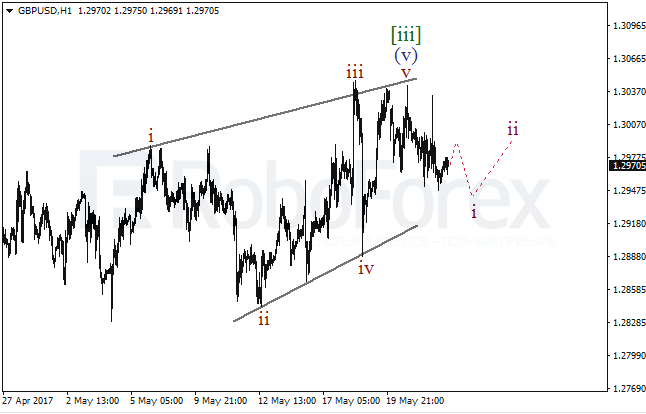 The H1-chart shows a more detailed analysis. It is very likely that a diagonal triangle within the wave (v) of [iii] was completed the day before. A correction is confirmed when the wave i of (a) of [iv] is completed successfully. 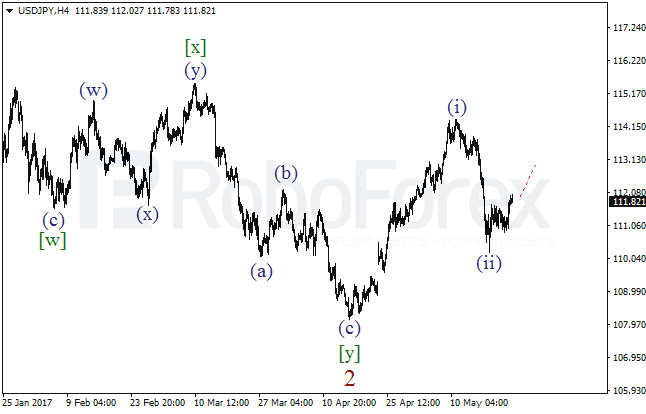 After the wave (ii) was supposedly over, the pair showed a further rise. Ранее был образован восходящий импульс в волне (i). Correspondingly, the pair can resume rising further and form a yet another bullish impulse within the direction of the wave (iii). 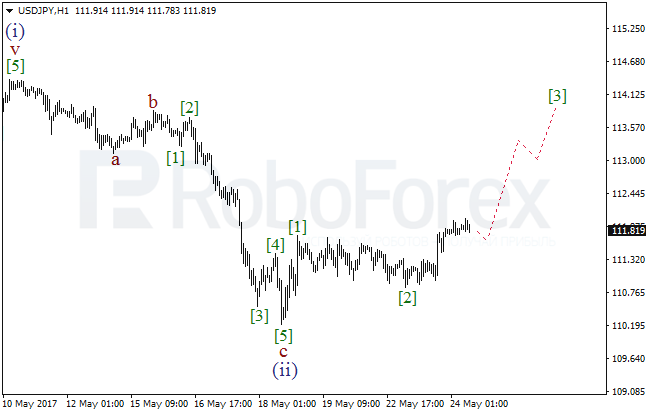 On the H1-chart, the day before the correction wave [2] was over and this triggered a further rise of the price within the impulse wave [3]. In the near-term, after the local correction is over, the market can rise higher. 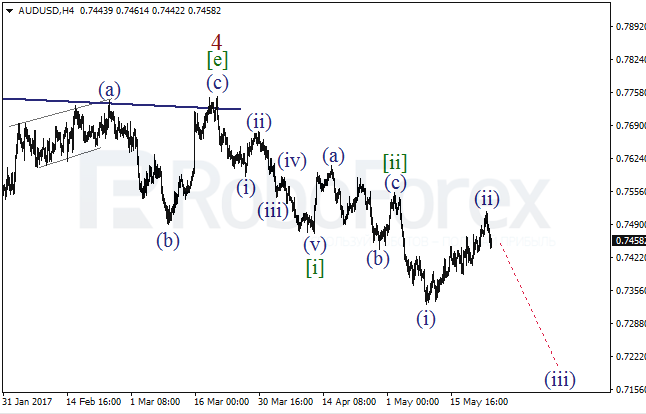 The descending extension within the wave [iii] is being completed at the moment, and the 2nd wave has been formed already. In the short-run, the market can move downwards within the wave (iii) of [iii]. Consequently, in the near term the price can break through the low of the wave (i). 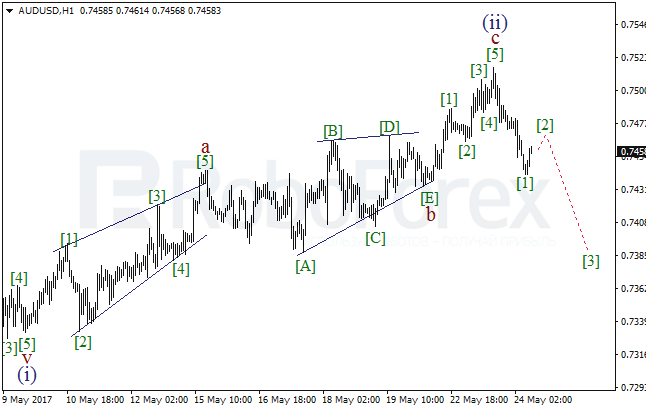 Yesterday the wave (ii) was completed which became a zigzag with a triangle within the wave b. In the course of the day the correction wave [2] can be over while the pair can resume falling in the direction of the wave [3].