As we can see in the H4 chart, after breaking the rising channel’s downside border, forming several reversal patterns, including Hammer, at the support level, and returning to the upside border, EURUSD has completed Doji pattern during the correction. Right now, the pair is still trading upwards. After it breaks the resistance level, the possible upside target may be at 1.1323. However, one shouldn’t exclude a possibility that the price may return to the support level and continue falling towards 1.1193. 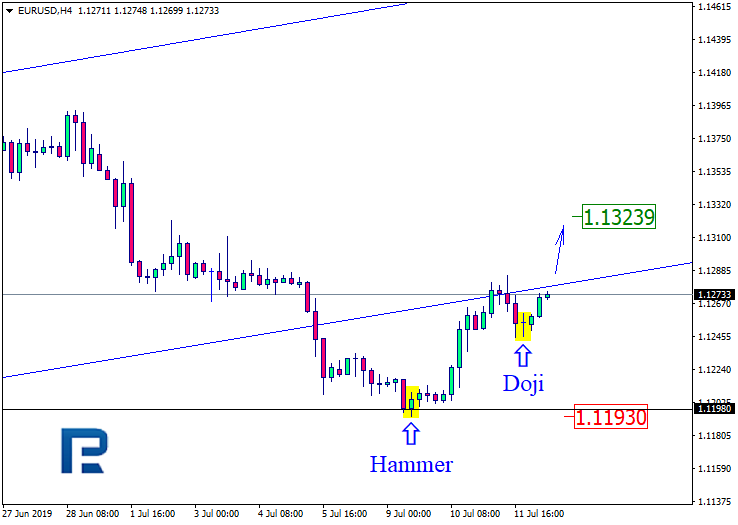 As we can see in the H4 chart, the descending tendency continues. After forming Harami pattern close to the resistance level and starting to reverse, the pair forming a new correction. Judging by the previous movements, it may be assumed that after completing the correction the price may trade downwards to reach 107.65. However, we shouldn’t ignore a possibility that the instrument may update its highs and continue its growth to reach 109.15. 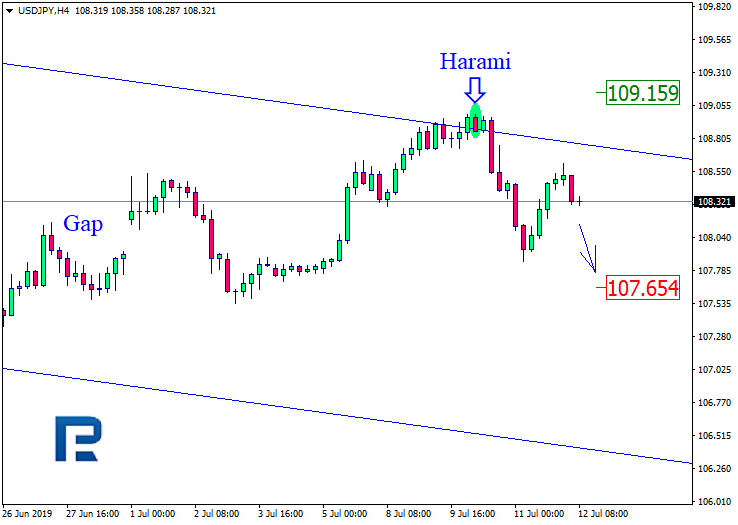