As we can see in the H4 chart, the ascending tendency continues. EURUSD has formed several Hammer reversal patterns close to the channel’s downside border, which may indicate a stronger signal. Right now, the pair is rebounding from the support level and may continue growing towards 1.1347. However, one shouldn’t exclude a possibility that the price may break the channel and resume falling to reach 1.1200. 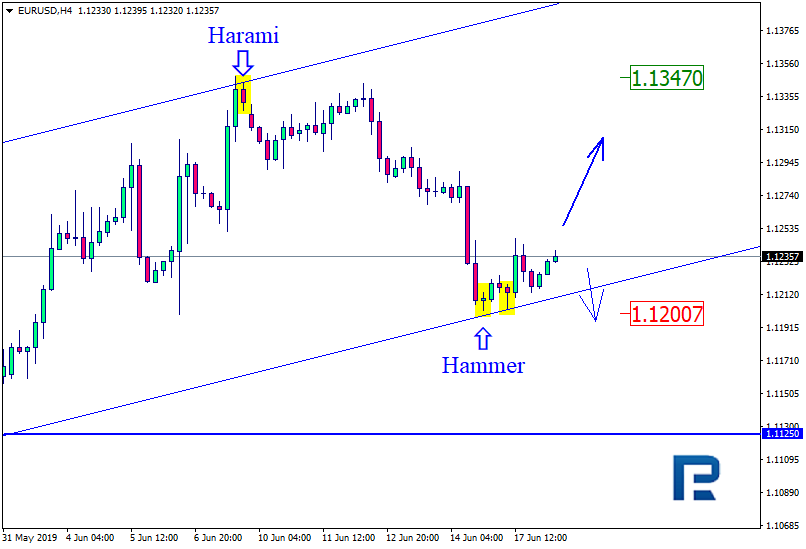 The situation in the H4 chart hasn’t changed much over the last several trading sessions. After completing Shooting Star reversal pattern, USDJPY is trading sideways and testing the support level. Right now, bulls are trying to push the pair upwards, but they aren’t strong enough. Still, there is a possibility that they may yet beat bears and reach 109.15. However, one shouldn’t exclude another scenario, according to which the price may break the support level and fall towards at 107.50. 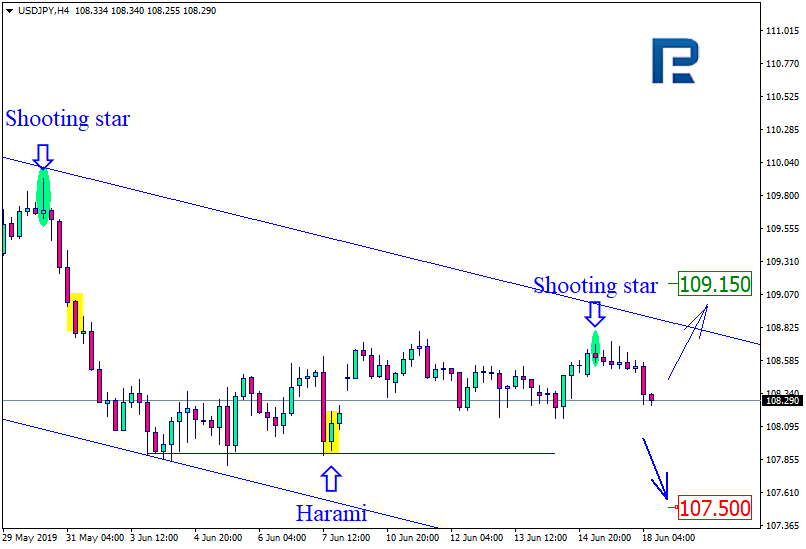