On H4 the pair has broken through the lower border of the ascending channel. During the current test of the support level the instrument has formed a reverse Hammer. In the present trading situation it may be supposed that, in case the signal for a reverse pattern is realized, the price may bounce and head for 1.1320; at the same time, a breakthrough of the support level and a drop to 1.1160 should not be excluded. 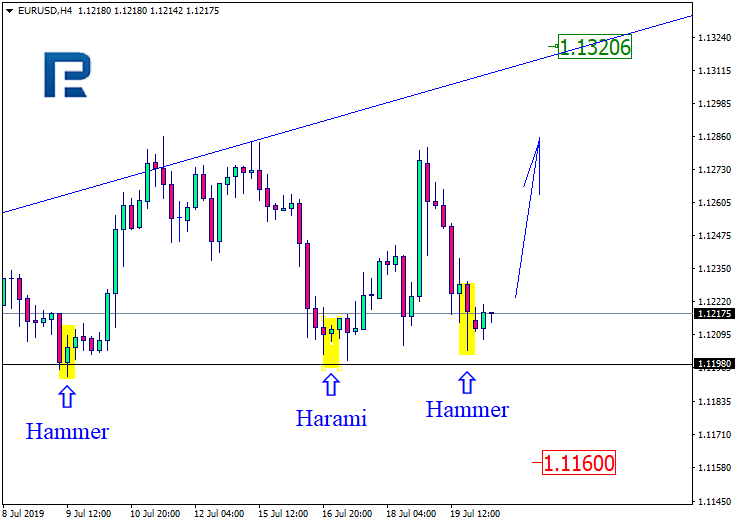 On H4 the instrument has formed a Harami near the resistance line inside the descending trend. Currently, after the signal for the reverse pattern started realizing, we are watching a correction and forming of a Shooting star. If we compare it with the previous movements, we may suppose that upon completion of the pullback the price may decline to 107.20. However, a reverse scenario should not be excluded: the instrument may break the resistance line, renew the maximums and grow to 109.10. 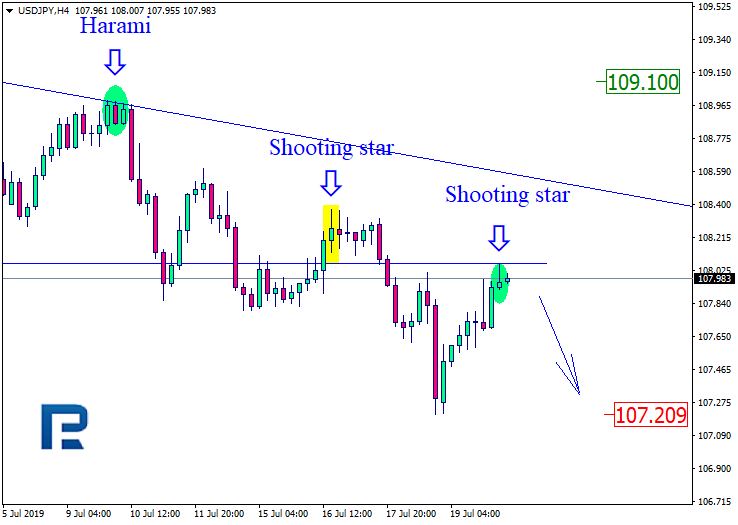