As we can see in the H4 chart, the ascending tendency continues. By now, XAUUSD has completed several reversal patterns, including Hammer, close to the support level. In general, the situation hasn’t changed much. At the moment, the pair is still reversing and may later grow towards 1475.50. At the same time, we shouldn’t exclude an opposite scenario, which implies that the instrument may continue falling towards 1445.50. 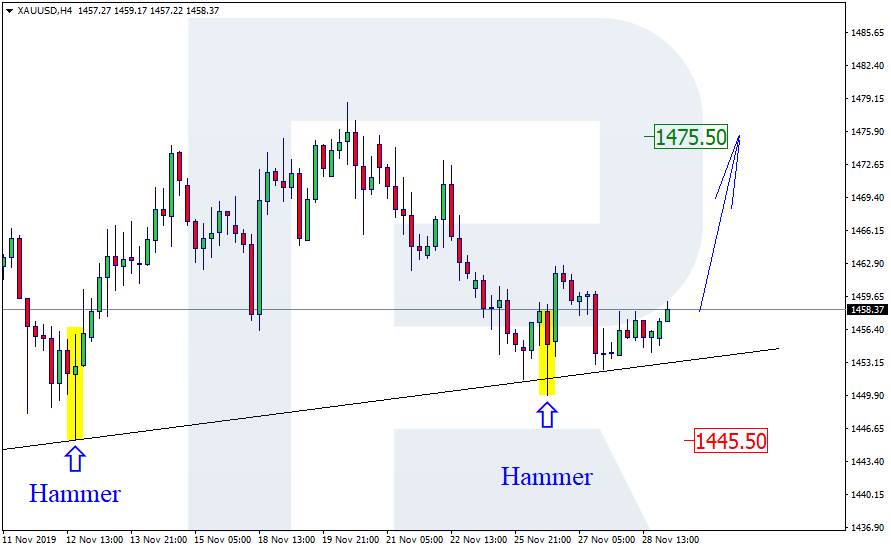 As we can see in the H4 chart, the ascending channel continues. After forming several reversal patterns, including Doji, near the support level, NZDUSD has reversed; right now, it is moving sideways in the middle of the channel. After that, the market may complete another slight correction, which may later be followed by further growth to reach 0.6455. At the same time, one shouldn’t exclude an opposite scenario, according to which the instrument may fall towards 0.6385 and test the channel’s downside border. 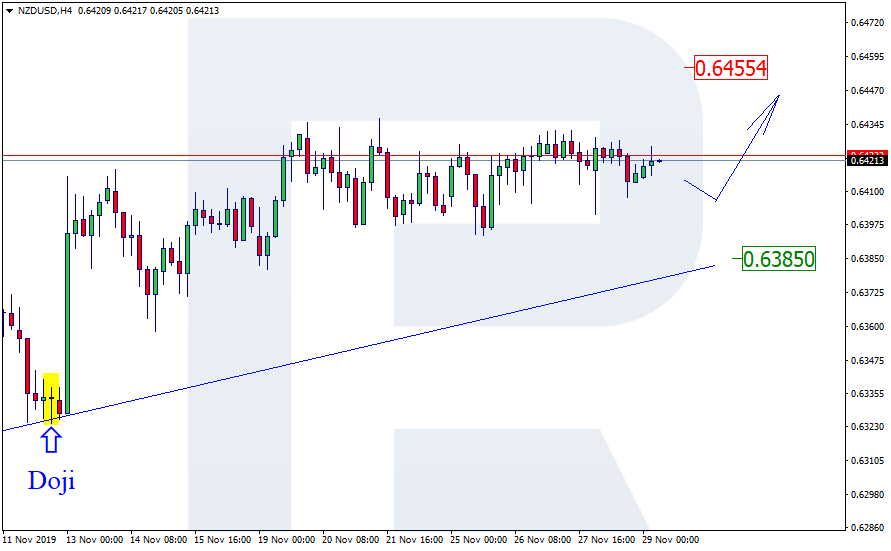