On H4 the pair has formed a Hammer, testing the area around the lower border of the channel. We are contemplating the signal of the reversal pattern start realizing. We may suppose that a bounce off this level may bring the price back to the area around 1.3333. However, another variant is not excluded: the reversal pattern may not be realized, and the flat may be followed by a decline near 1.3215. 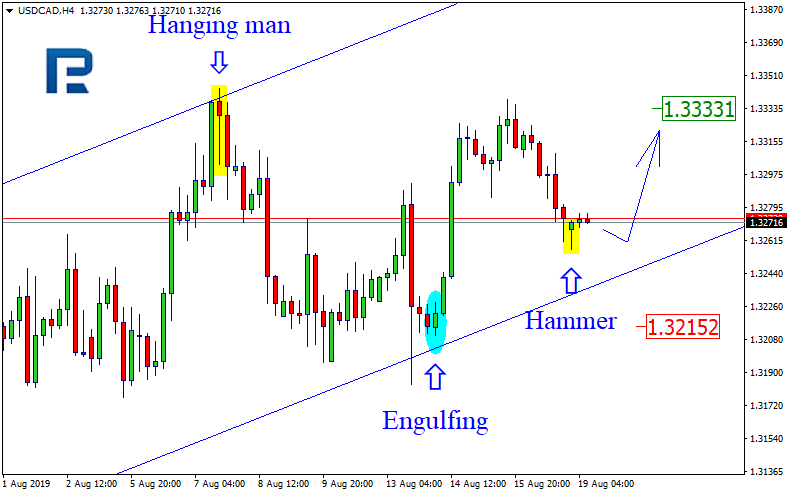 On H4, the pair has escaped the descening channel. The quotations keep moving in a range, forming reversal patterns, including Doji. In relation with the previous movement, the price, upon the completion of the flat, may decline. The goal is still at 0.6700. However, a contrary variant of growth to 0.6868 may not be excluded. 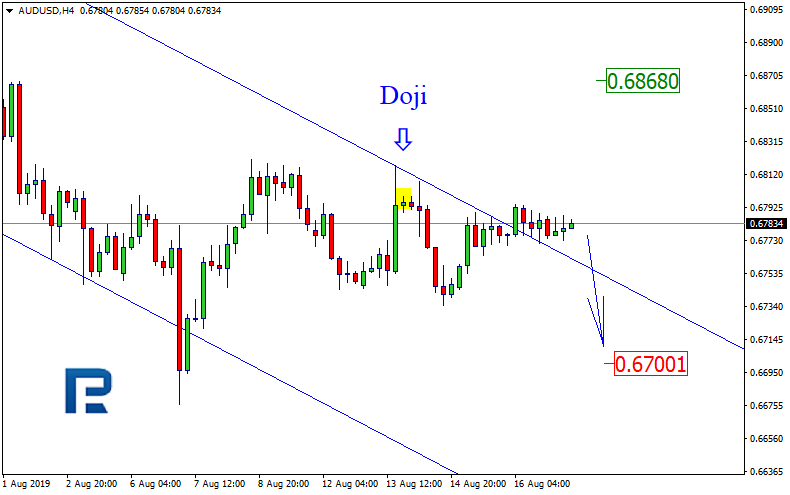