On H4 the instrument is testing the resistance level inside the downtrend and has formed several reverse candlesticks, including the Shooting Star. Presently, we are contemplating a small horizontal movement of the price. It may be supposed that a bonce off this level may return the price to 1.3020. At the same time another scenario is not excluded: the signal for reversal my not be realized, and after the sideways movement a breakthrough of the upper border of the channel and growth to 1.3200 may be expected. 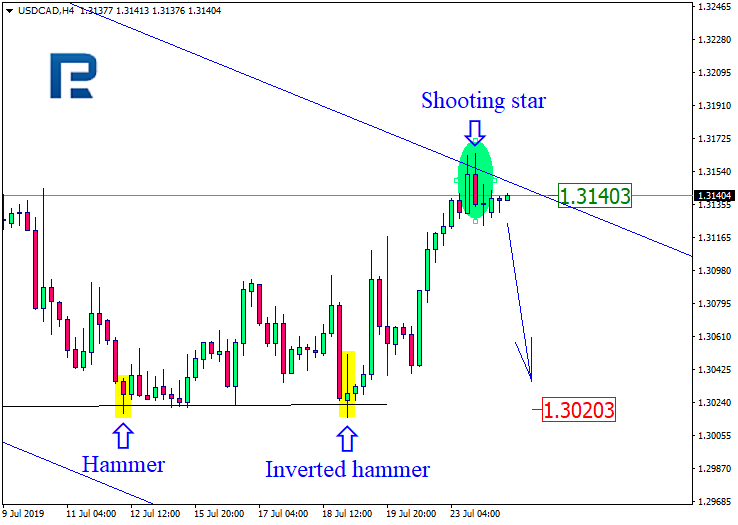 On H4 the pair keeps realizing the signal of the reverse pattern the Hanging Man, formed at the resistance level near the upper border of the descending channel. Comparing with the previous movements, we may suppose that the price, upon reaching the lower border of the uptrend, may form another reverse pattern and bonce off the level to keep forming the uptrend. The target level of the decline is 0.6969. However, a reverse scenario should not be excluded: the price may break through the support level and fall to 0.6910. 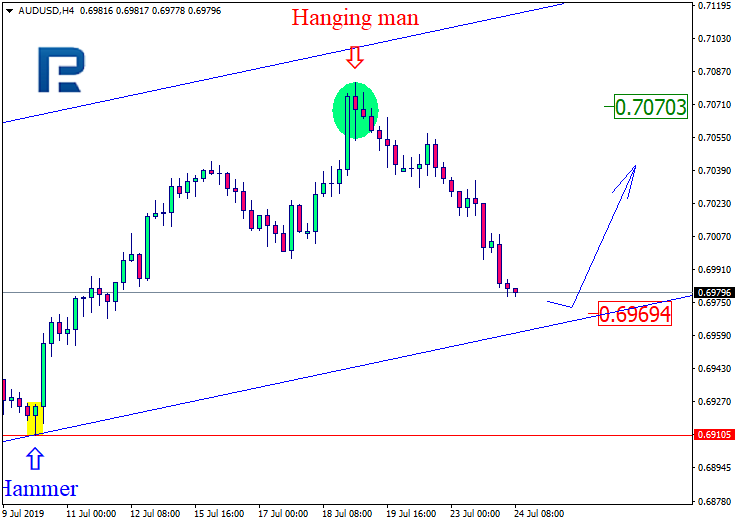