On H4, the pair tested the lower border of the channel and formed an Engulfing pattern. Currently, regardless of the downtrend being so pronounced, the quotations keep working off the signal of a reversal pattern as a correction. Most probably, a pullback to 1.3124 will follow, and the quotations will go on declining to renew the lows. The goal of the developing downtrend might be 1.2980. 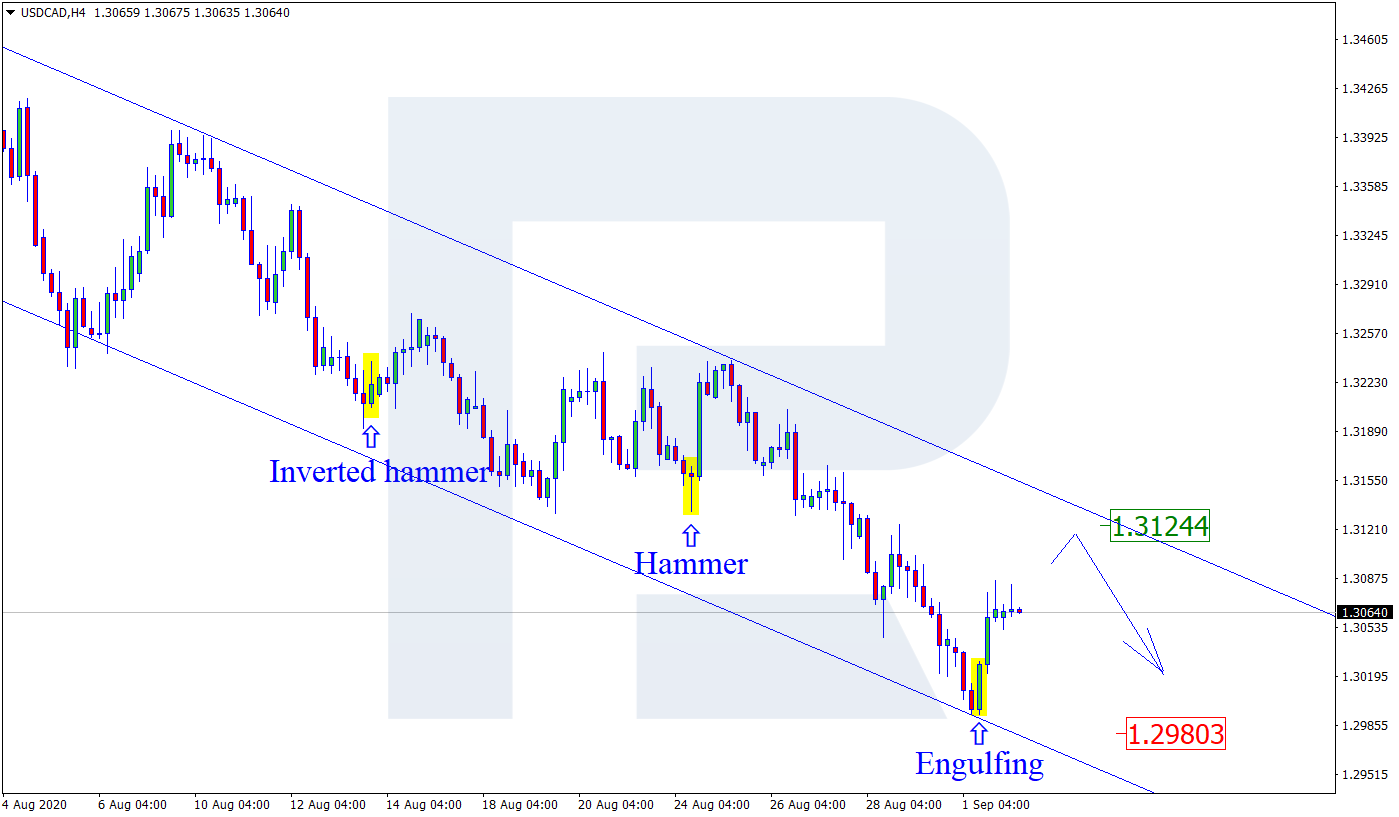 On H4, the pair keeps developing an uptrend. The pair broke away the upper border of the ascending channel and formed a Shooting Star near the resistance level. We may suppose that the pair will go on working off the signal of the reversal pattern as a correction. The aim will be near the support level at 0.7325. Later the quotations may bounce off this level and go on developing the uptrend. The aim of the growth will be 0.7425. 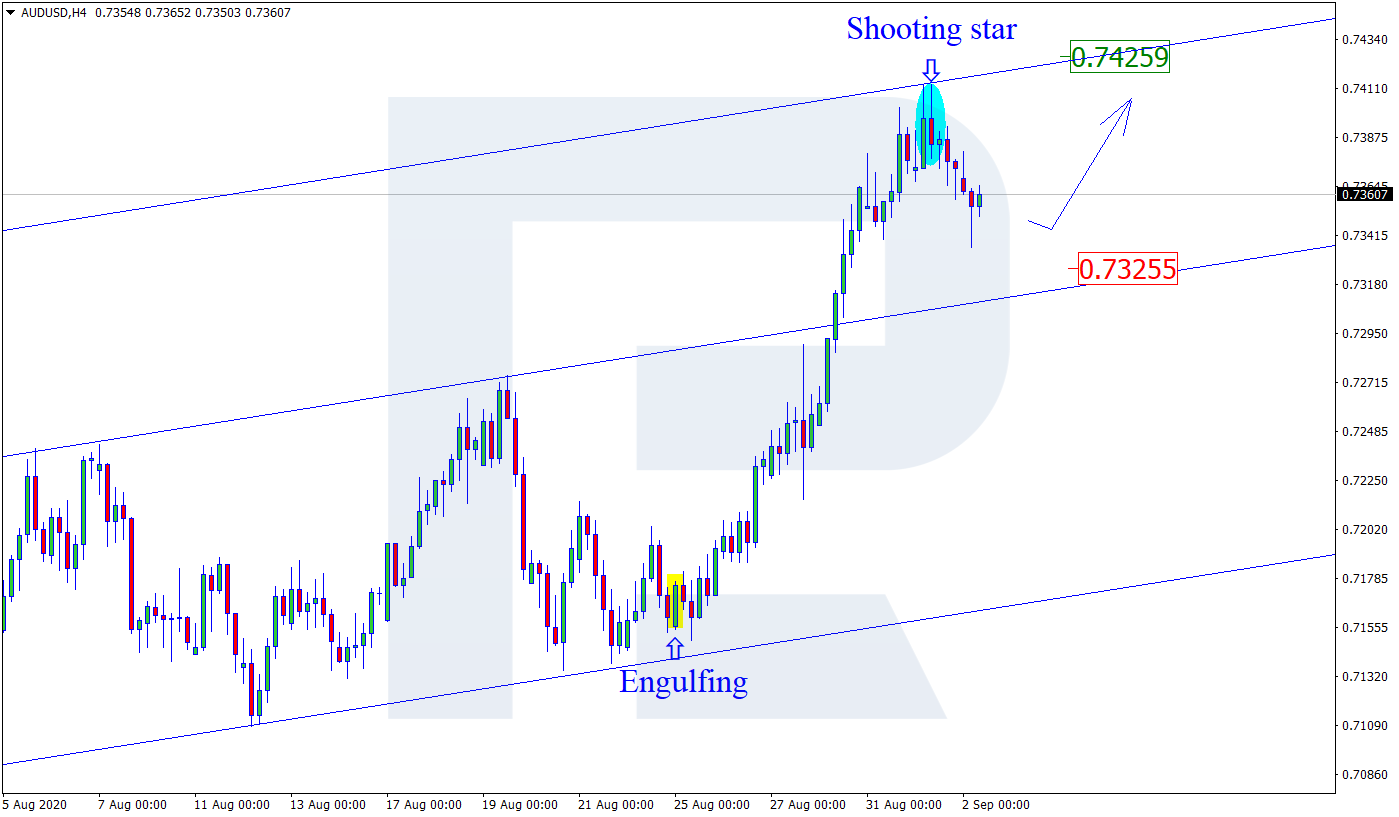 On H4, the pair keeps correcting in a downtrend. Currently, the pair has formed a Shooting Star reversal pattern near the resistance level. The goal of the working off of the signal is 0.9035. However, the quotations may still grow to 0.9140 before resuming the downtrend. 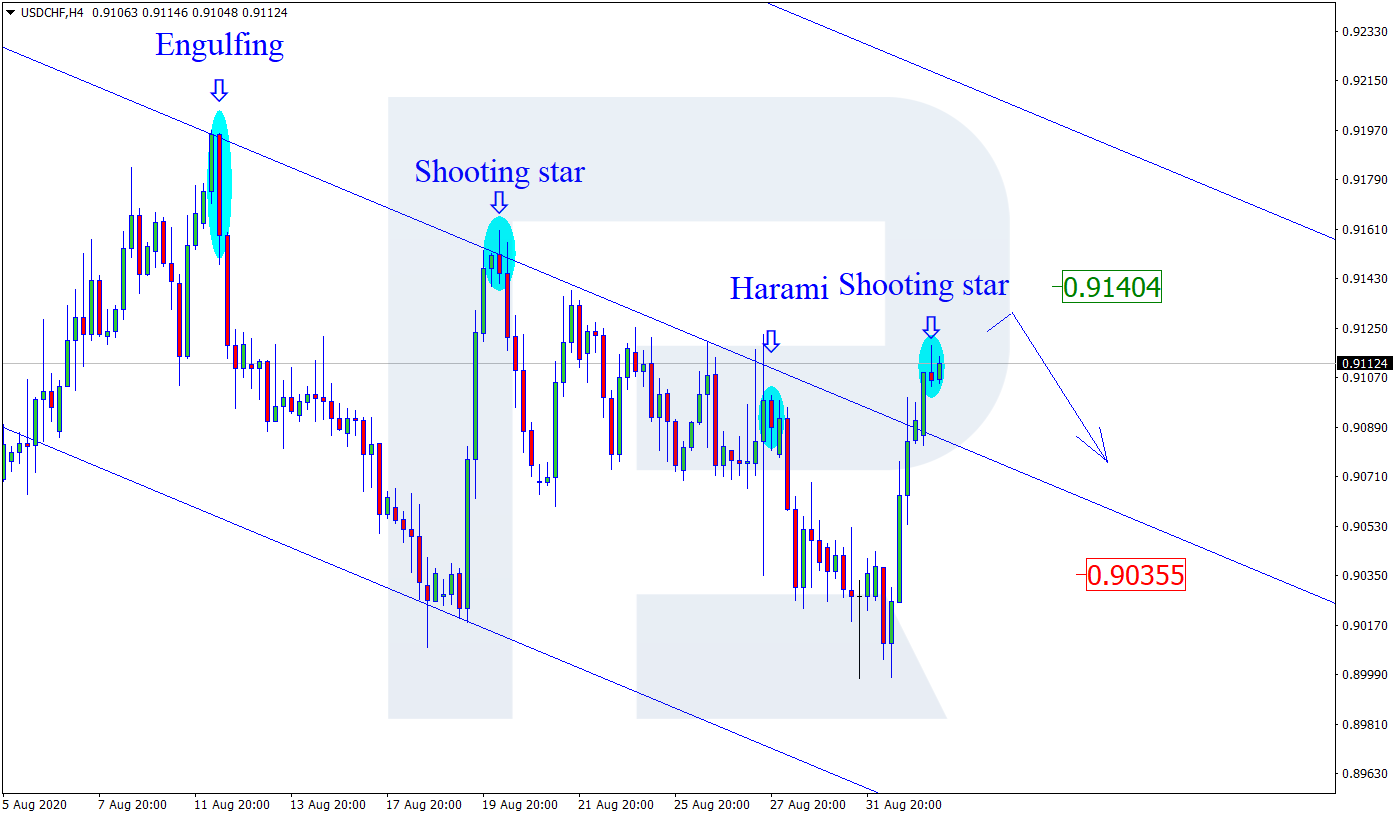