USDCAD, "US Dollar vs Canadian Dollar"

On H4, the pair has formed several reversal patterns at the resistance line, including a Shooting star. Going by the patterns will currently make the quotations decline to the support level of 1.2455. Upon testing the support level, tge quotations might go on developing the downtrend. However, the price might still return to the resistance level at 1.2625 before resuming the downtrend. 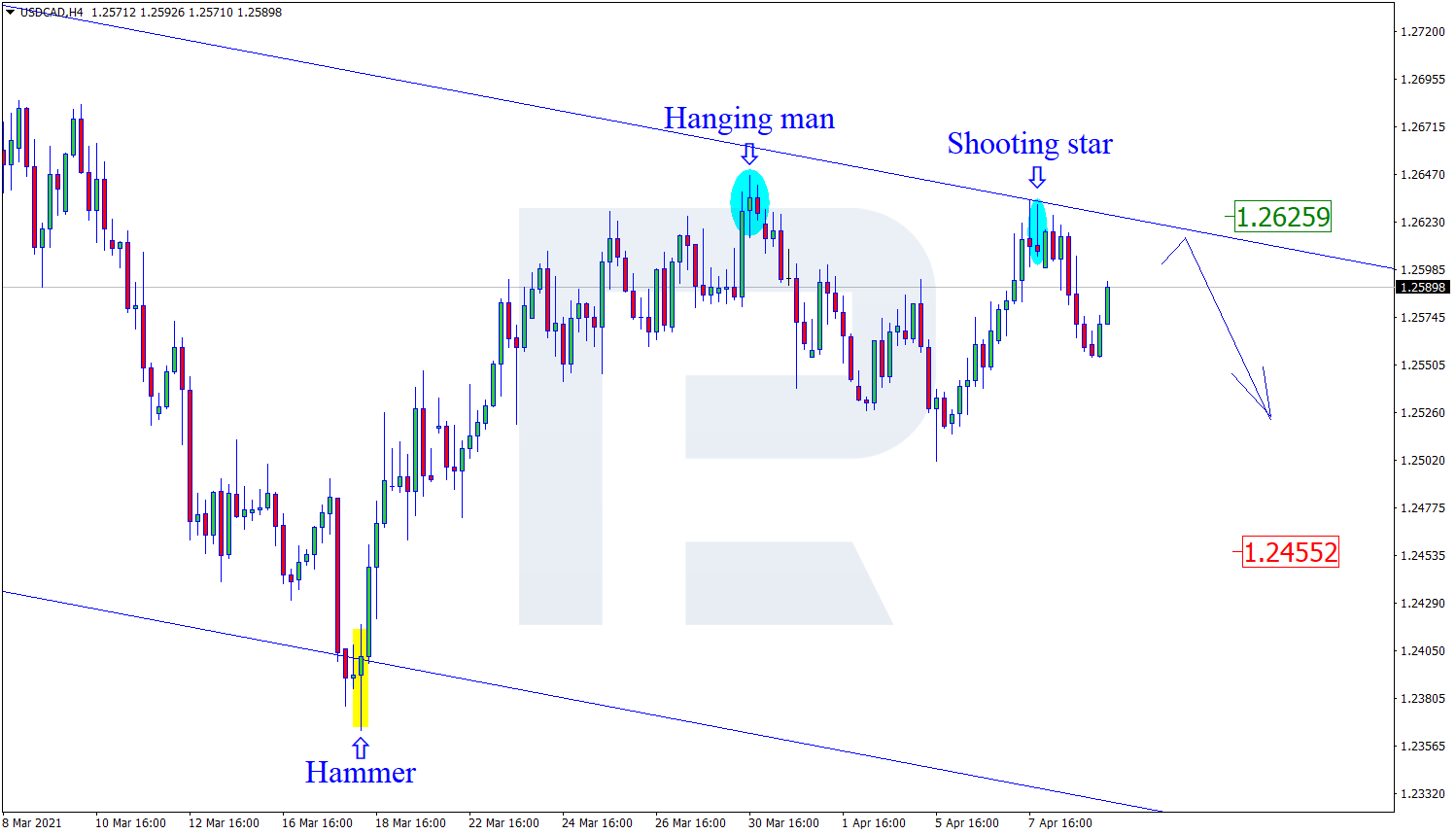 AUDUSD, "Australian Dollar vs US Dollar"

On H4, the pair is pulling back; at the resistance area, it has formed several reversal patterns including an Engulfing one. Going by the patterns, the quotations might currently go on declining, aiming at the support level of 0.7555. However, the price might still pull back to to the resistance level of 0.7685 before resuming the downtrend. 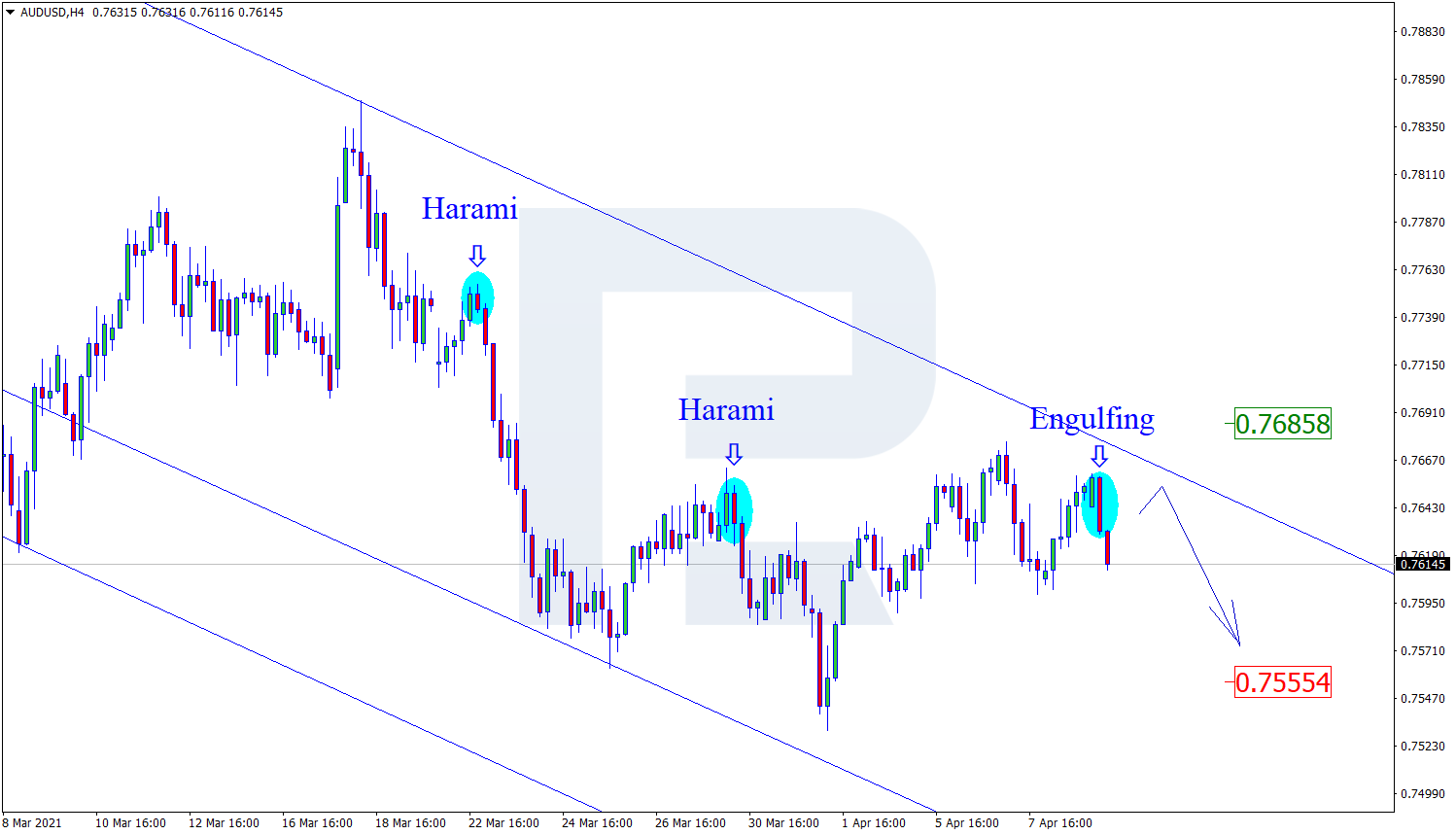 USDCHF, "US Dollar vs Swiss Franc"

On H4, the pair keeps developing an uptrend. At the support level, the pair has formed several reversal patterns, including a Doji and Harami. Going by the signal, the pair should go on growing with the aim at the resistance level of 0.9335. However, the correction might continue to 0.9185, skipping the reversal patterns. 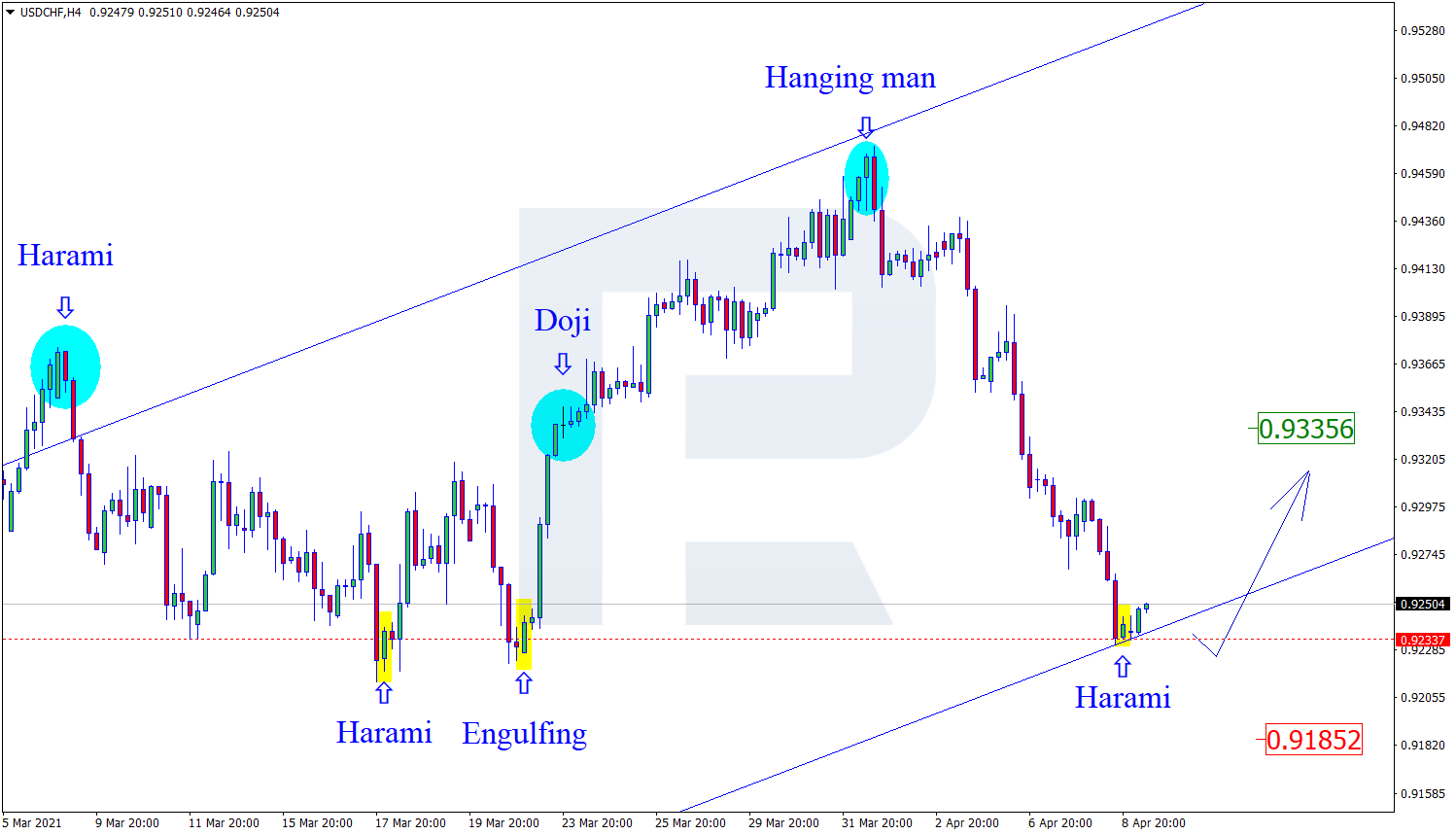