As we see in the H4 chart, after breaking 38.2% fibo, the descending correctional wave has failed to reach 50.0% fibo at 1.2030. The current growth may be considered as a new correction. Possibly, the pair may form another descending wave towards 50.0% and 61.8% fibo at 1.2030 and 1.1881 respectively. After completing this correction, the price is expected to start a new rising wave to reach the high at 1.2648. 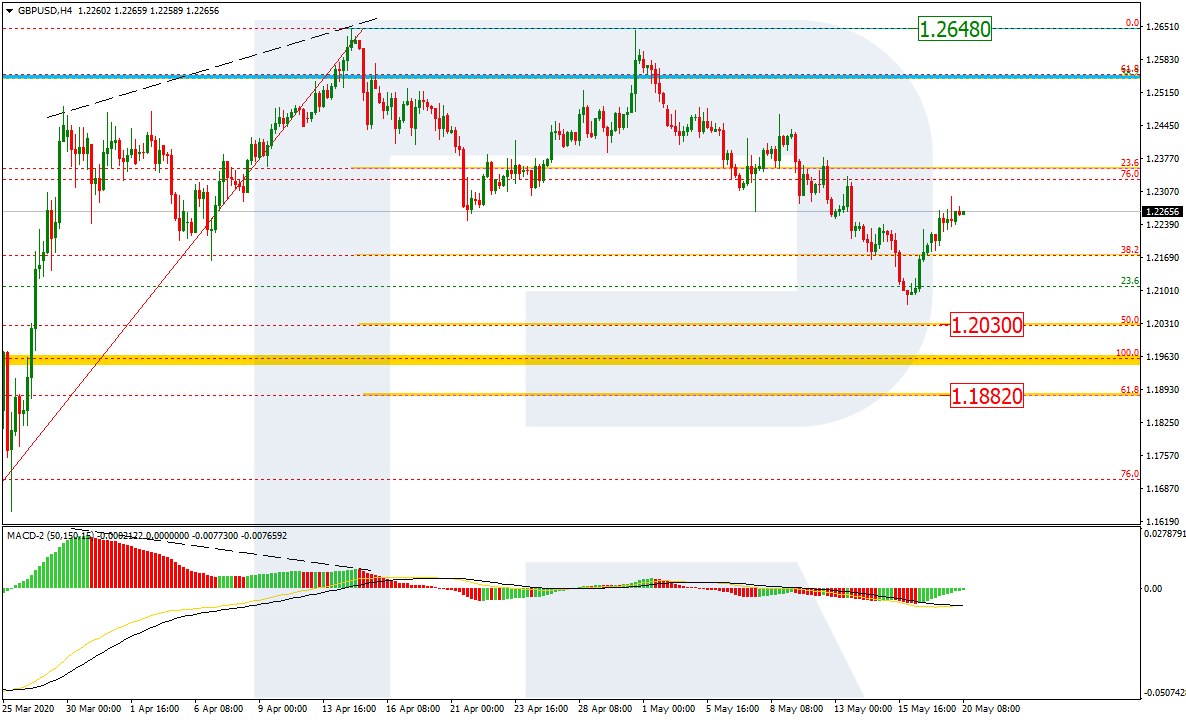 The H1 chart shows a new ascending correction after the convergence on MACD, which has already reached 38.2%. In the nearest future, the pair may form a slight pullback, after which the instrument may continue growing towards 50.0% and 61.8% fibo at 1.2357 and 1.2424 respectively. the support is the low at 1.2072. 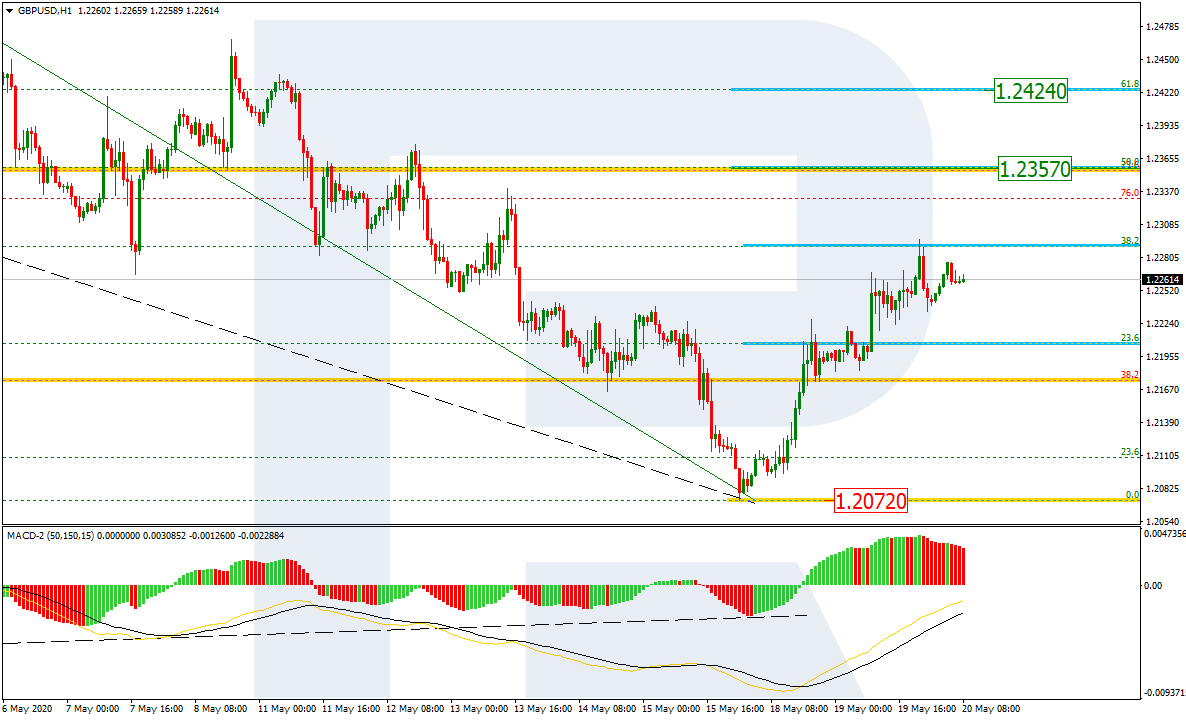 As we can see in the H4 chart, EURJPY broke the resistance at 117.54, which may indicate the mid-term trend reversal. Another signal in favor of a new rising movement was a convergence on MACD. The current growth may be considered as an ascending correction. The price has already reached 38.2% fibo and may later continue moving towards 50.0% and 61.8% fibo at 118.63 and 119.63 respectively. The support is the low at 114.40. 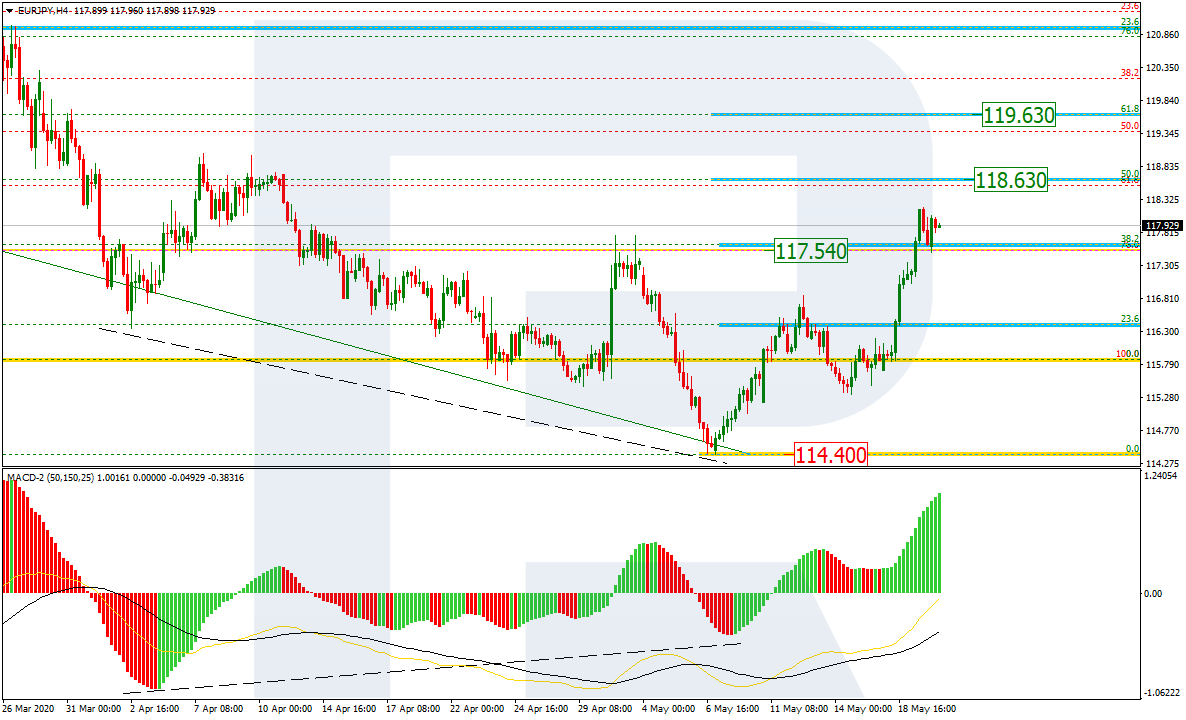 The H1 chart shows more detailed structure of the current ascending tendency after the convergence on MACD. After reaching 38.2% fibo, the pair is trying to fix above it for further stable growth. 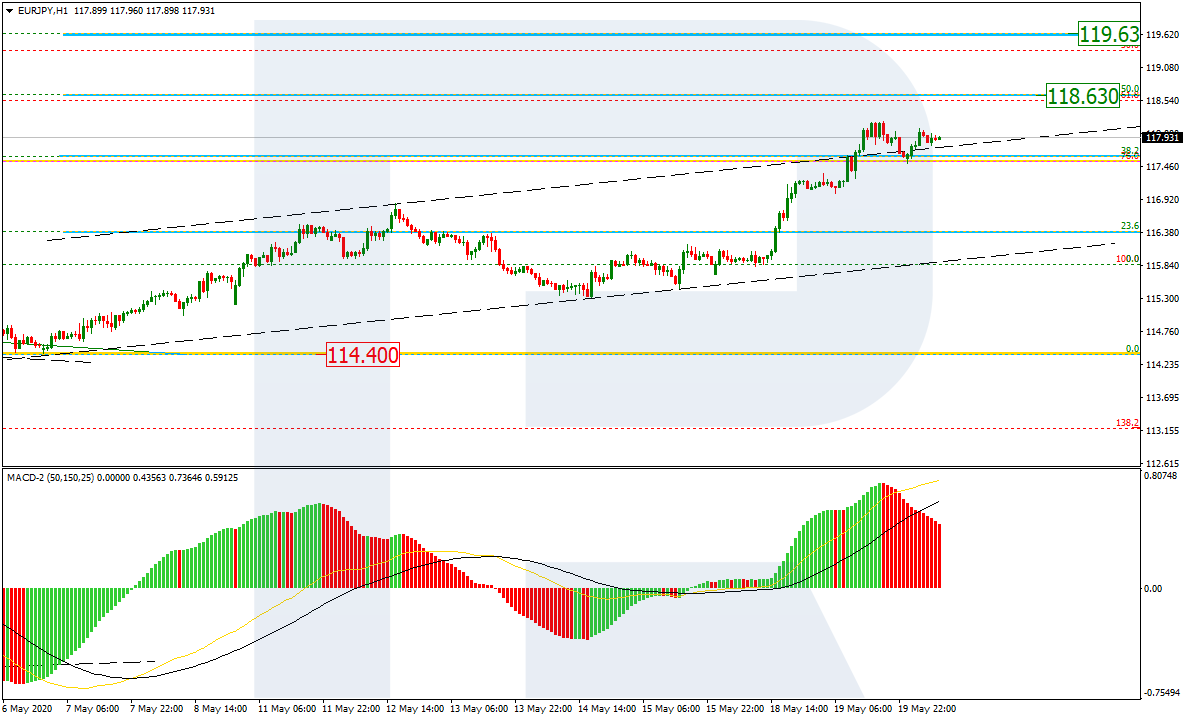