The price continues forming double zigzag pattern inside wave [2]. On the minor wave level the Index finished a local correction and started forming wave C. In the future, while forming an ascending impulse, the bulls may reach the level of 13500. 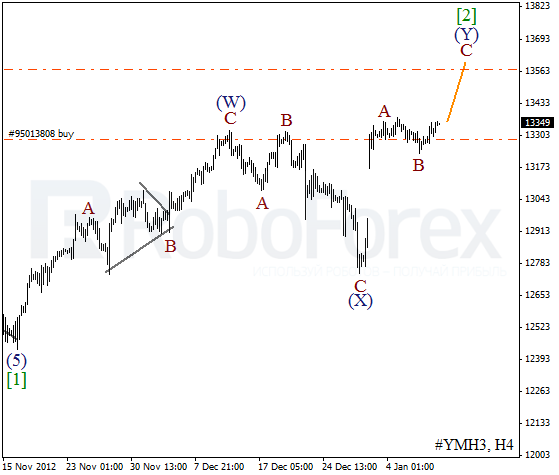 After finishing wave B, the Index started forming an initial ascending impulse. The market may be corrected for a while during the day, but later the instrument is expected to start a new ascending movement inside the third wave. 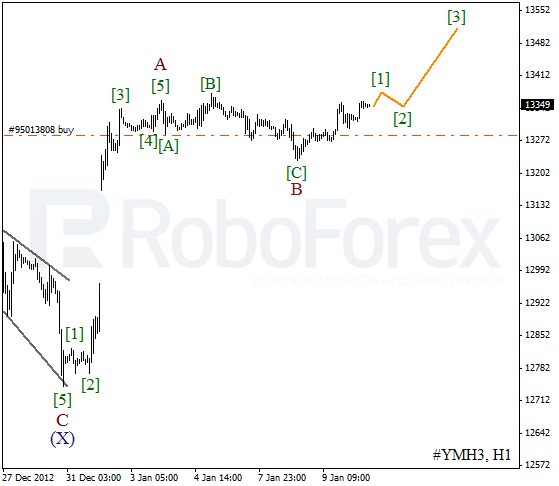 Oil is quite strong and may continue moving upwards. Most likely, the instrument will break a local maximum within the next several hours. Later, the price may start a new descending movement inside the first wave. 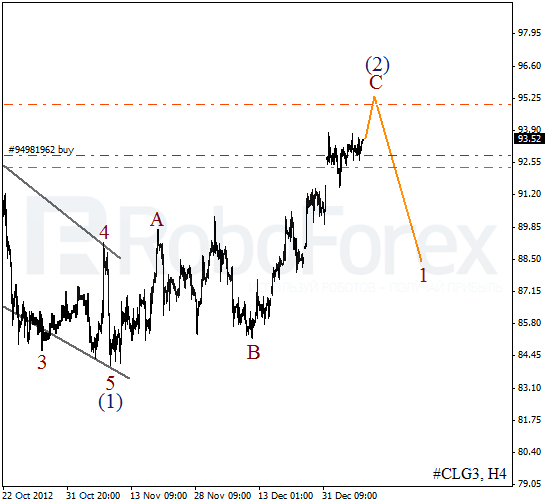 As we can see at the H1 chart, the instrument is moving close to the maximums. The structure of wave (5) implies that the price may start moving upwards. The target for the bulls is at the level of $95 per barrel of Light Sweet. Later, this level may become a starting point of a reverse. 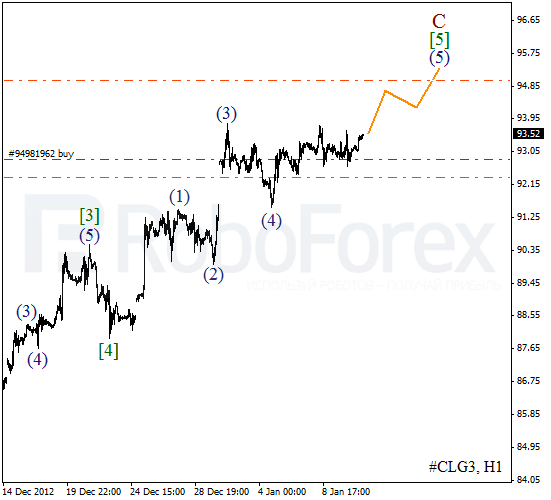