Bullish wave [3] continues. The current chart structure let us suppose that the price may continue moving downwards after the local correction, which is taking place right now. The short-term target for the bulls is the level of 0.9700. 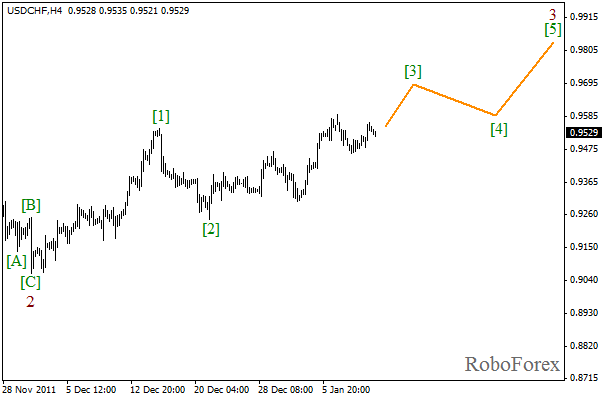 As we can see at the H1 chart, the fourth wave is taking the form of double three pattern. During the day we can expect Franc to fall down while forming wave Y of (4). After that the price may start moving upwards inside the fifth wave. 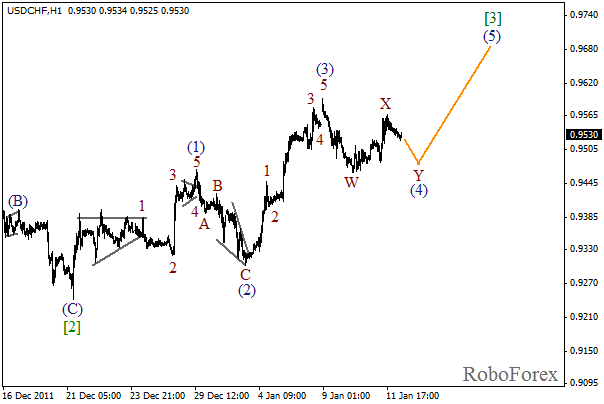 The price continues the formation of wave 4 of (3), and the correction may be finished in the nearest future. Most likely, in the near term the pair will start forming the fifth wave. The target for the bears is at the level of 1.2500. 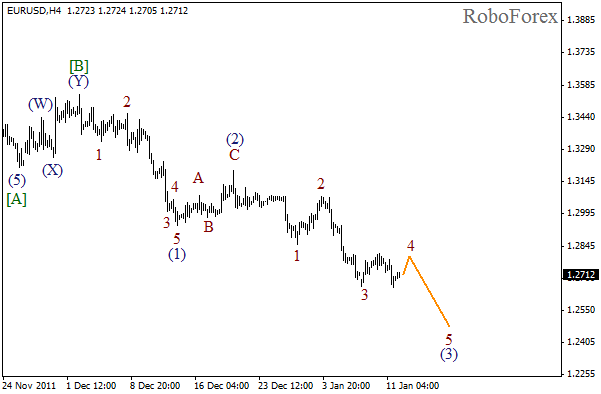 As we can see at the H1 chart, there is a possibility that the fourth wave may take the form of double three pattern. It looks like the price started forming wave [Y] of 4 during the correction. On Thursday or Friday we can expect wave 4 to be completed and the price to start moving downwards again. 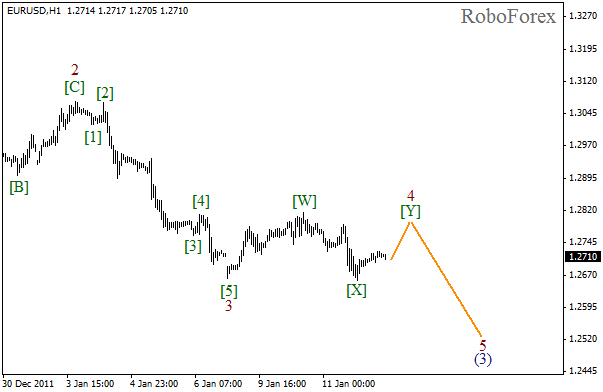