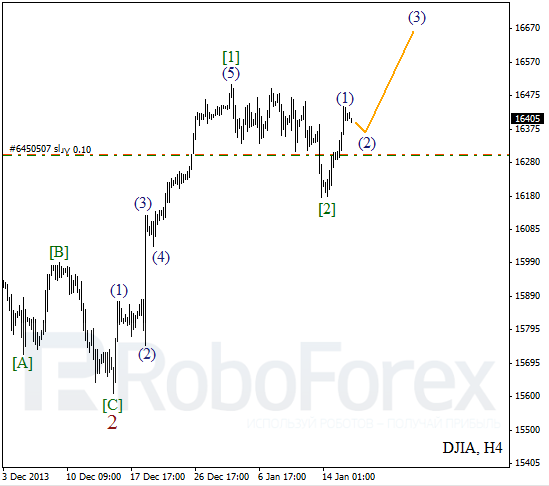 More detailed wave structure is shown on H1 chart. I’ve moved stop on my buy order into the black. In the future, I’m planning to increase my long position during the formation of the first initial impulses inside wave (3). 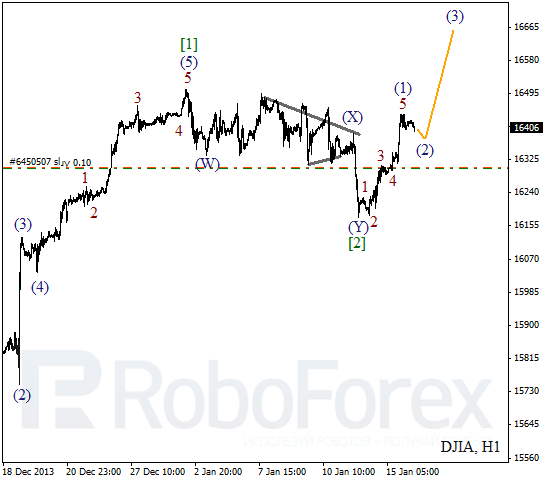 Oil is still being corrected; earlier price completed bearish impulse inside wave (1) and right now is moving upwards inside the second one. I’m out of the market so far, but plan to start selling after instrument finishes wave (2). 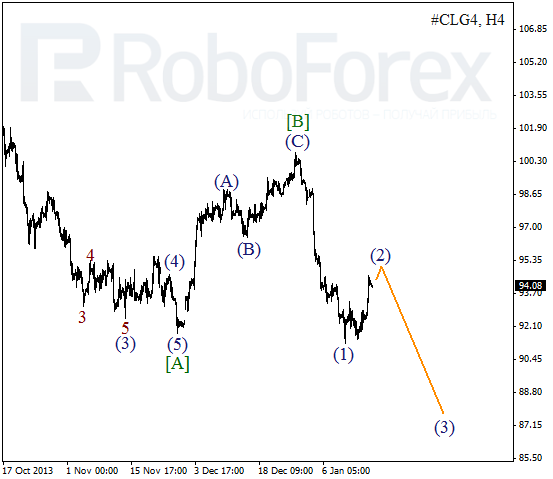 As we can see at the H1 chart, Oil is forming ascending zigzag pattern. On minor wave level, price is forming impulse inside wave C, which may continue during the day. Most likely, instrument will beak local maximum during the next several hours. 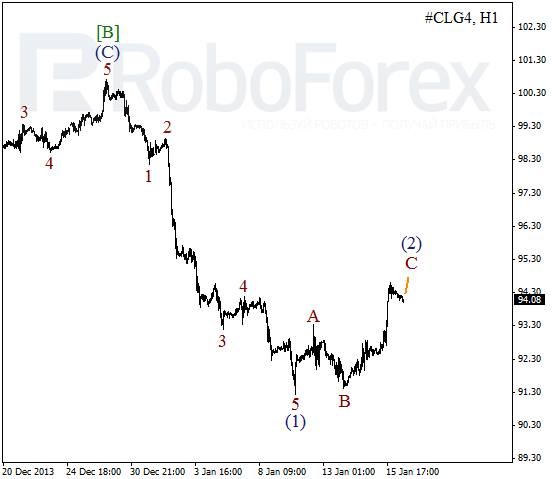