It looks like the price continues forming the fourth wave inside wave [3]. In the near term, we can expect the local correction to be finished and the price to start growing up while forming wave (5). The target for the bulls is still at the level of 0.9700. 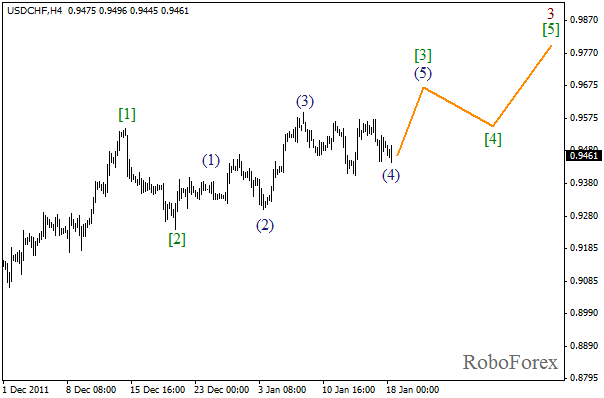 As we can see at the H1 chart, the fourth wave is taking the form of double three pattern. One minor wave level we can see the formation of wave Y of (4). In the near term, we can expect the price to start moving upwards inside the fifth wave. 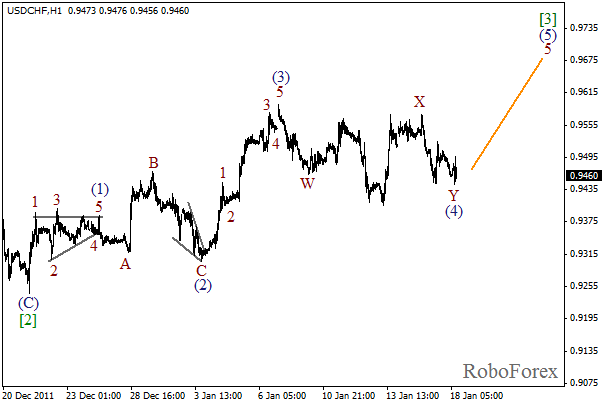 Most likely, the current sideways price movement is wave 4 of (3). In the nearest future, we can expect the correction to be finished. The target for the bears inside the fifth wave will be the level of 1.2500. 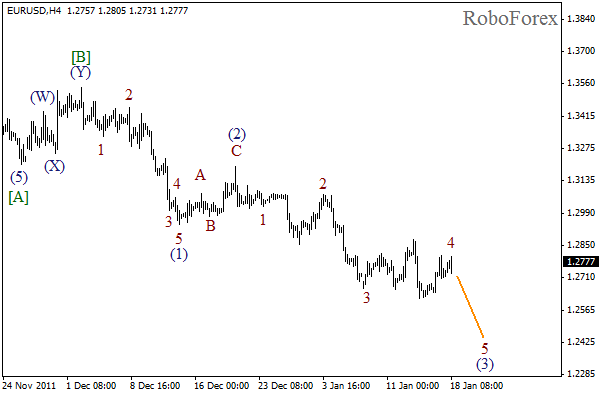 At the H1 chart we can see that the fourth wave is taking the form of double three pattern. One minor wave level wave [X] has been completed in the form of flat pattern. During the next several days we can expect the price to start moving downwards while forming wave 5 of (3). 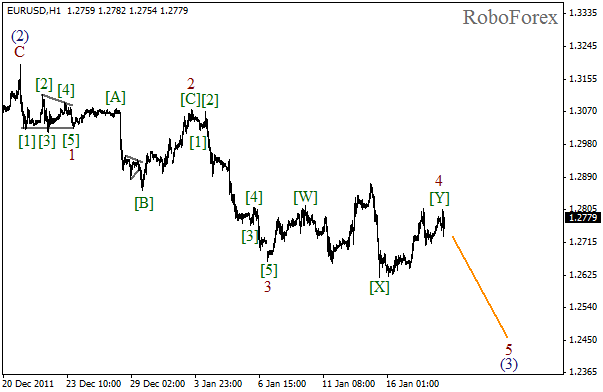