Index formed several initial bullish waves and may start new ascending movement quite soon. Probably, in the nearest future price nay form extension inside wave (3). During correction, I opened another buy order; In the near term, instrument is expected to break maximum. 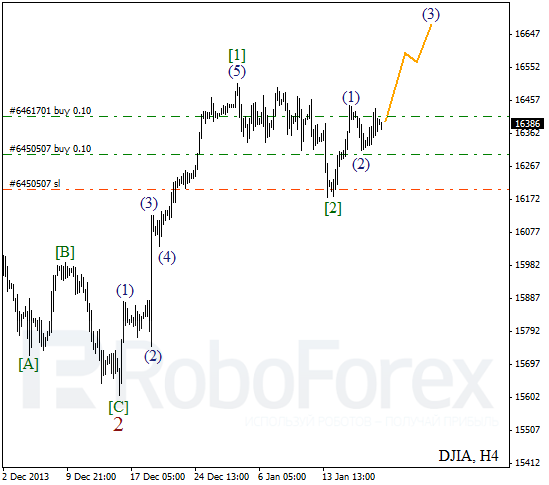 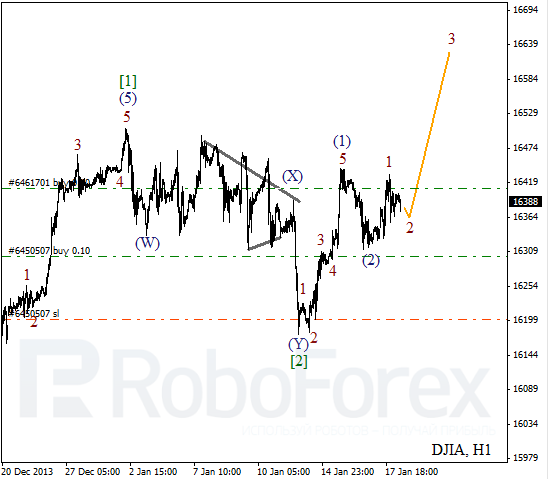 Probably, Oil finished wave (2). Earlier, after completing zigzag pattern inside wave [B], instrument formed bearish impulse inside the first one. I’m keeping my buy order; stop is at local maximum. 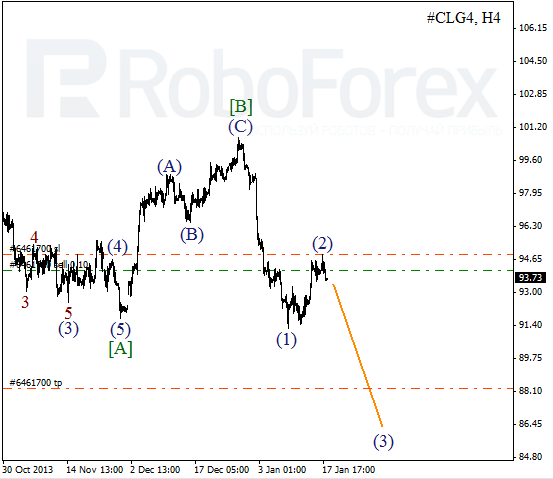 As we can see at the H1 chart, wave (2) took the form of flat pattern. On minor wave level, price finished impulse inside wave C and started forming initial descending impulse. Instrument may continue moving downwards during the day. 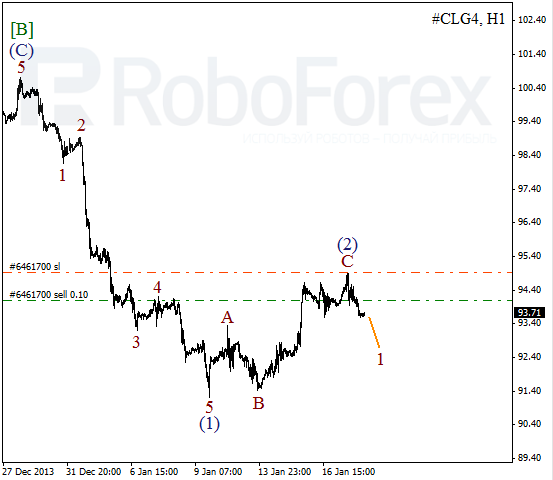