The Index continues forming an ascending impulse inside wave [C]. We can’t exclude a possibility that the market may reach a new local maximum on Tuesday. The main target for the bulls is at the level of 13800. 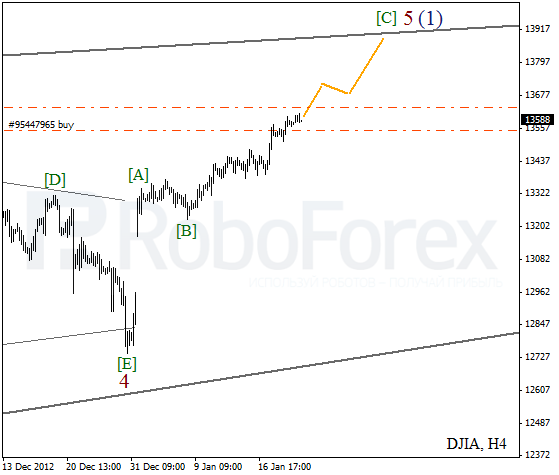 At the H1 chart the instrument is finishing horizontal triangle pattern inside the fourth wave. Earlier the price completed an expansion inside wave 3. Most likely, the Index will start a new ascending movement in the nearest future. 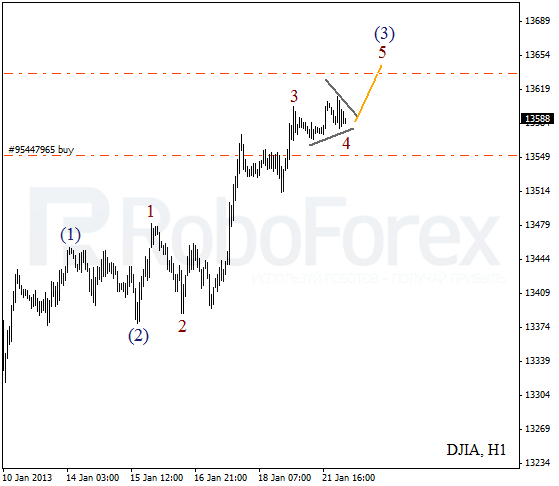 It looks like the bulls aren’t going to stop. I think they may form at least one more ascending wave inside wave C. Expecting this to happen, I opened a short-term buy order with the target at the level of $97.10 per barrel of Light Sweet. 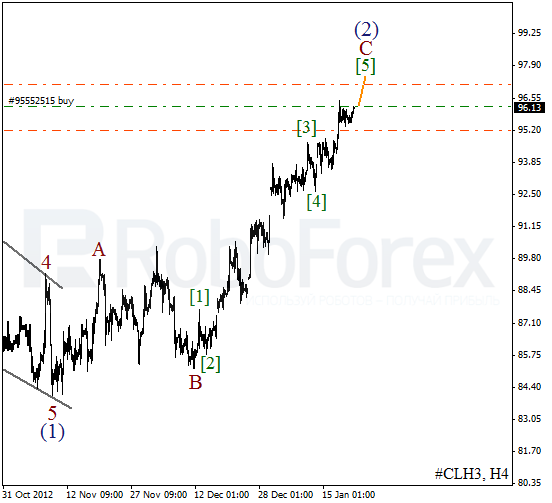 More detailed wave structure is shown on the H1 chart. It looks like the instrument completed the fourth wave inside wave [5]. In the near term, we can expect the price to start growing up and form wave (5) of [5]. 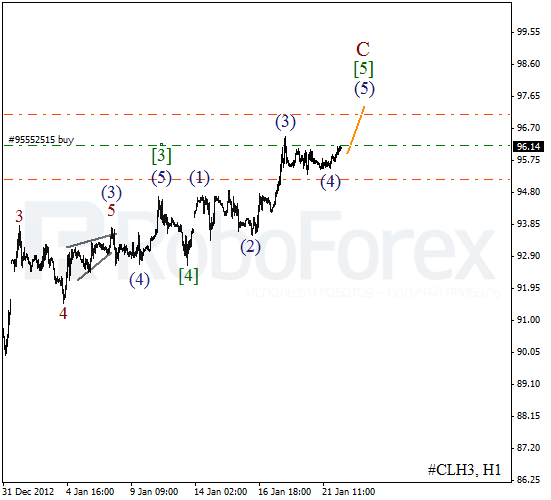