Index is about to complete flat pattern. On minor wave level, instrument is finishing bearish impulse inside wave [C]. Most likely, in the future instrument will reach several new minimums, but after price starts forming bullish impulse I’m planning to close my sell orders and open several buy ones. 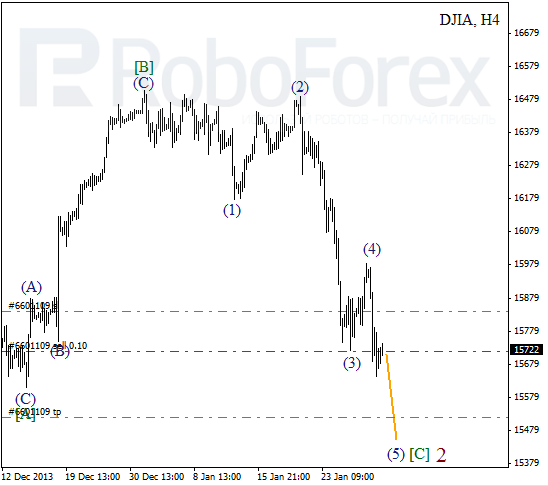 More detailed wave structure is shown on H1 chart. Earlier, after Index completed wave [1], Take Profit on my sell order worked. I opened new order during correction; target is at the end of descending wave [3] of 5. 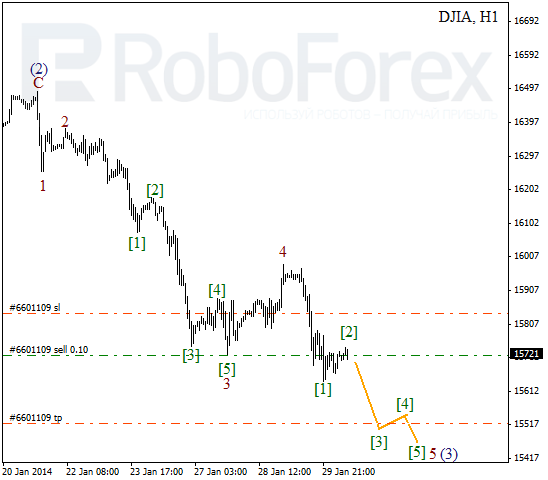 Oil is growing up inside the second wave. Most likely, price will each new local maximum during the day. So far, I’m not planning to open any sell orders; it’s quite risky, because the second wave is being formed very fast. 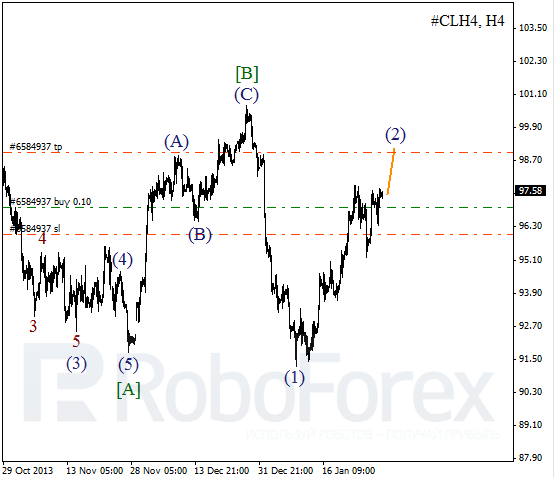 As we can see at the H1 chart, on Wednesday Oil finished wave [2]. Also, price completed initial impulse inside the third wave; that’s why, after finishing current correction, instrument is expected to start new ascending movement.