Current wave structure at the H4 chart lets up suppose that an impulse in wave C may be completed. On the minor wave level the price has finished the formation of the fifth wave. It looks like the market is starting to form an initial bearish impulse. 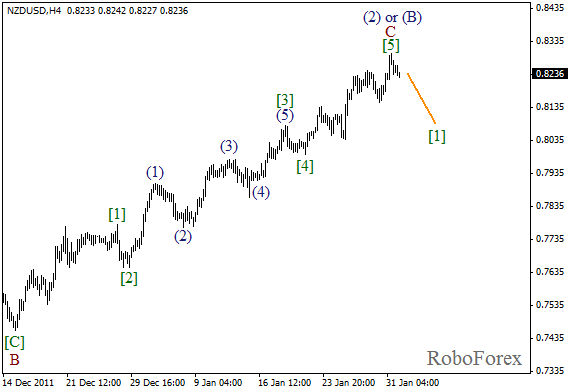 The internal structure of wave [5] of C is shown on the H1 chart. Earlier the market completed wave (5). Most likely, the pair is forming wave (1) at the moment. In the near term, we can expect the price to make a reverse, and consequently, the current trend to change its direction. 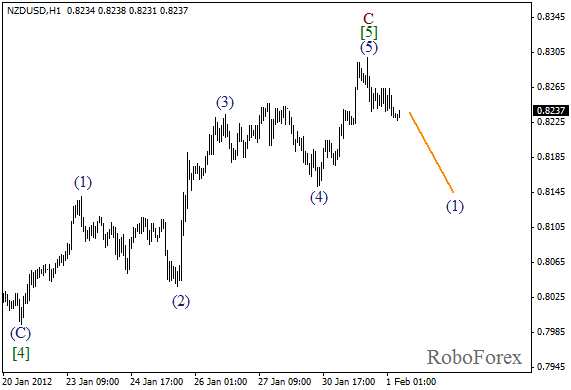 A rising zigzag pattern inside wave [2] looks completed. We may assume that earlier the price finished an impulse in wave (C), and right now the market is forming an initial descending wave. If the price forms a bearish five-wave pattern, the correction will be finished and the descending trend will continue. 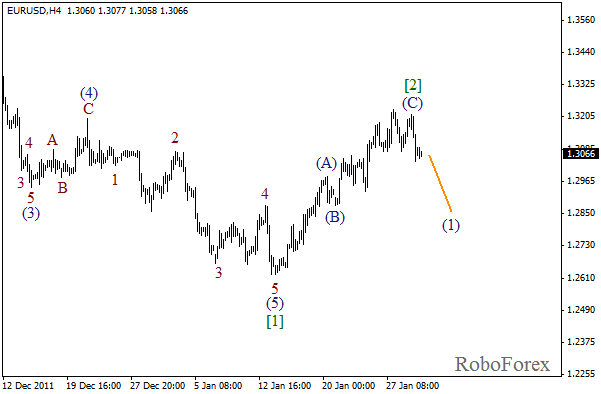 The structure of wave (C) is very interesting indeed. Waves 2 and 4 were irregular corrective patterns, that’s why wave 5 had been completed before the price reached maximum. It looks like the market finished wave 1 and right now the local correction is taking place. In the future, we can expect the price to fall down inside the third wave. 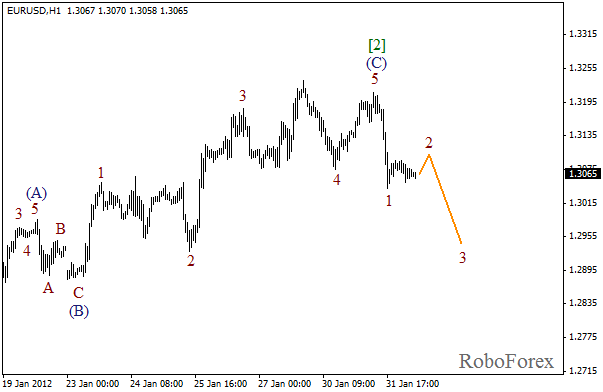