Probably, Index completed descending impulse inside wave [C]. On minor wave level, price formed initial ascending impulse, that’s why I’ve opened quite a risky buy order with stop placed at minimum. In the near term, market is expected to move upwards inside wave (1). 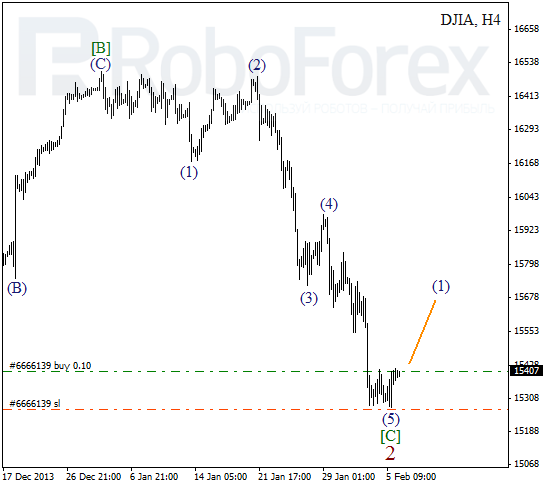 More detailed wave structure is shown on H1 chart. Yesterday price completed descending wave 5 of (5). Most likely, price will finish wave 2 during the day start fast ascending movement inside the third one. 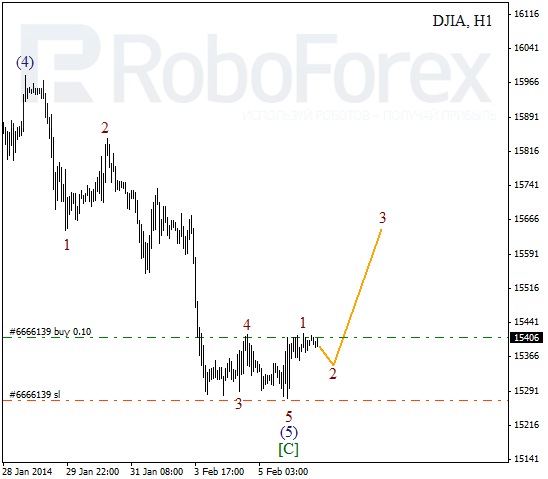 Probably, Oil made a reverse. On minor weave level, after completing wave (2), price formed bearish impulse. During the day, instrument is expected to start falling down and reach new minimum. 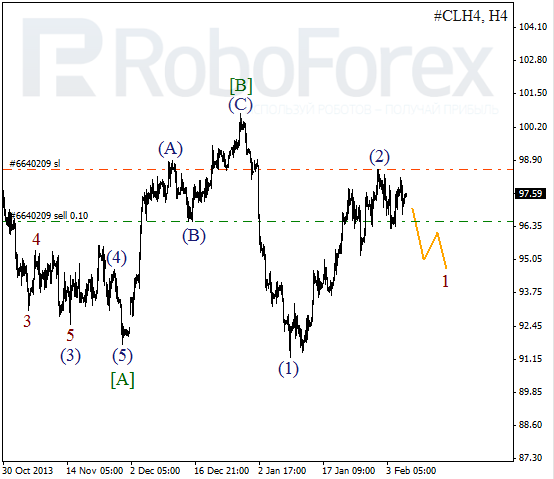 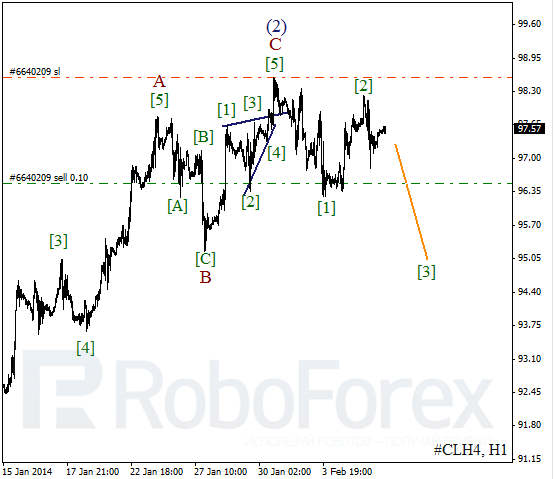