After an extension in wave [3] has been completed, the correction is taking place. Most likely, the price will continue forming the fourth wave on Tuesday and Wednesday. After that we can expect a final rising wave, [5] of C. 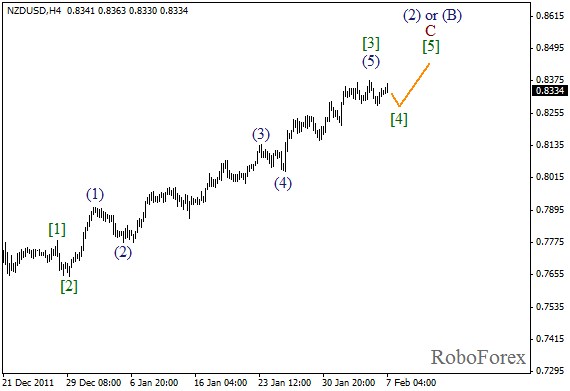 At the H1 chart we can see that wave [4] is taking the form of zigzag pattern. On the minor wave level the price is forming wave (B), which is not completed yet. It looks like the correction is going to continue during the day.

After an impulse in wave (A) had been finished, the correction started. It looks like wave (B) is far from being completed and in the nearest future we can expect the market to continue forming it. We should also expect the price to start growing up while forming wave (C) of [2]. 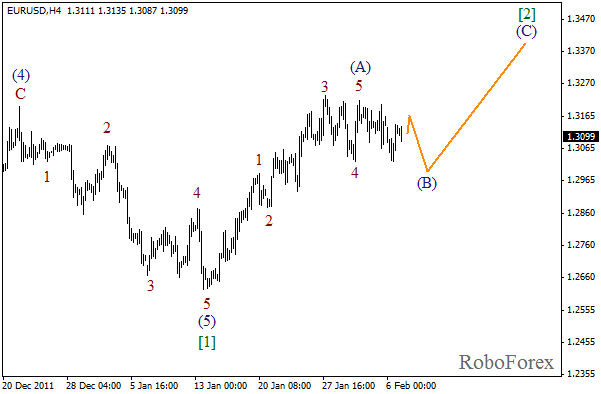 At the H1 chart we can see that wave (B) is taking the form of double zigzag pattern with wave X inside it. Most likely, Euro will continue the correction during the day. However, the price is unlikely to stay below the level of 1.3000 for a long time. 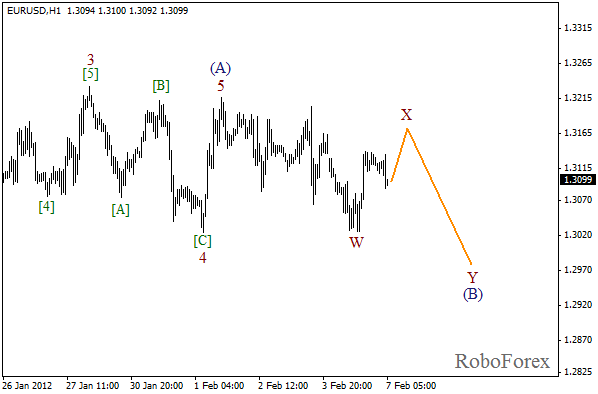