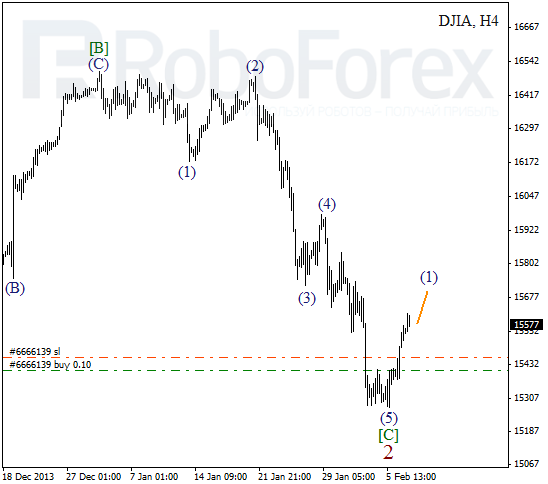 More detailed wave structure is shown on H1 chart. It looks like market is growing up inside the third wave. In the future, price may start new correction, but it’s unlikely to be very long and deep. 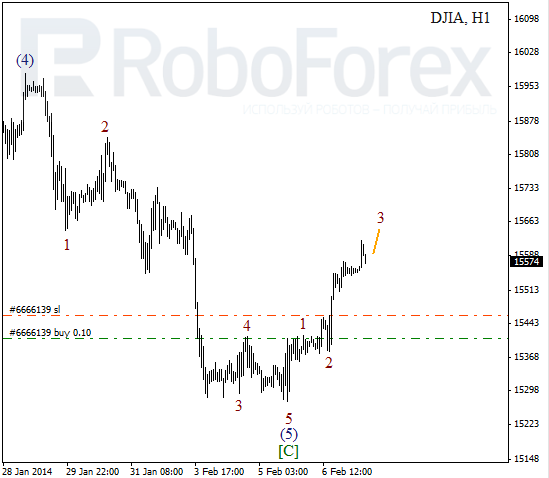 Oil continues growing up. Probably, wave (2) is taking the form zigzag pattern with diagonal triangleC inside it. Instrument may reach new maximum until the end of the week. 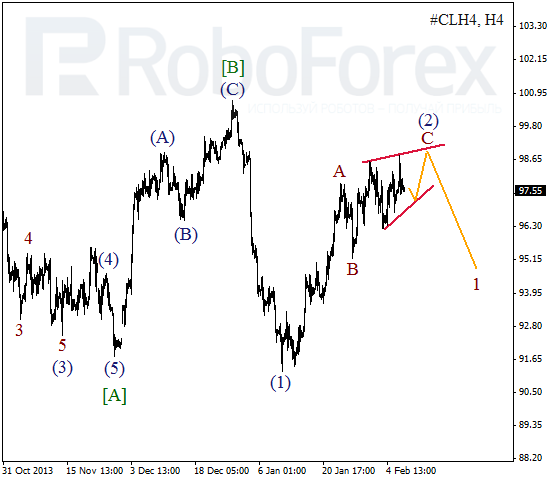 As we can see at the H1 chart, Oil is forming the fourth wave inside wave 5. Most likely, local correction will complete during the next several hours. After instrument rebounds from upper border of diagonal triangle pattern, I’ll start selling. 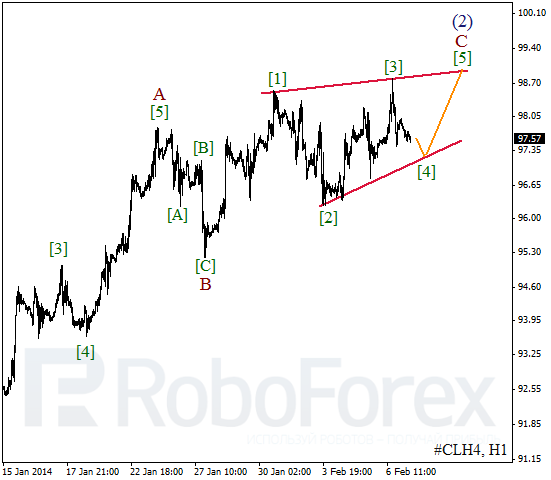