The Index is finishing wave 5 of (1). On the minor wave level the price is completing diagonal triangle pattern inside the fifth wave. We can’t exclude a possibility that in the nearest future the instrument may break a local maximum and later – make a reverse downwards. 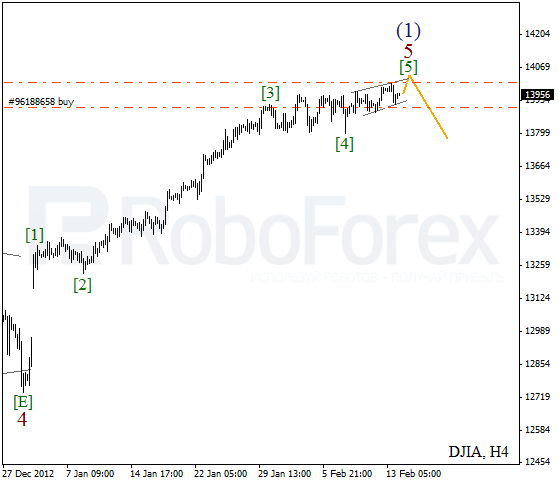 More detailed wave structure is shown on the H1 chart. Yesterday the price formed the third wave inside diagonal triangle. We may assume that the fourth wave has also been finished, which means that in the nearest future the instrument is expected to continue moving upwards inside the fifth wave. 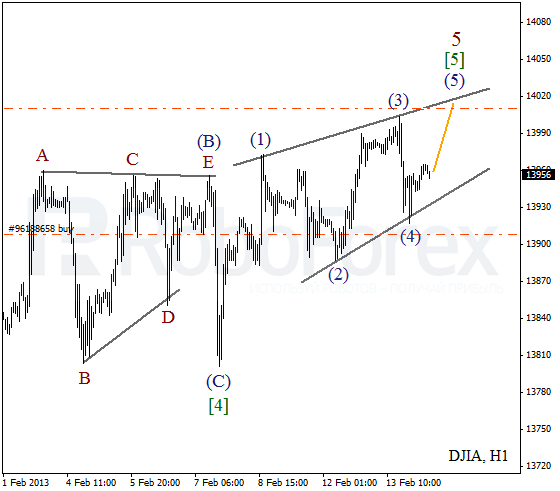 The bulls formed a classical ascending impulse, which means that Oil may start moving upwards again during the next several hours. In the near term, the price is expected to start growing up inside the third wave. The target is above the level of $100 per barrel of Light Sweet. 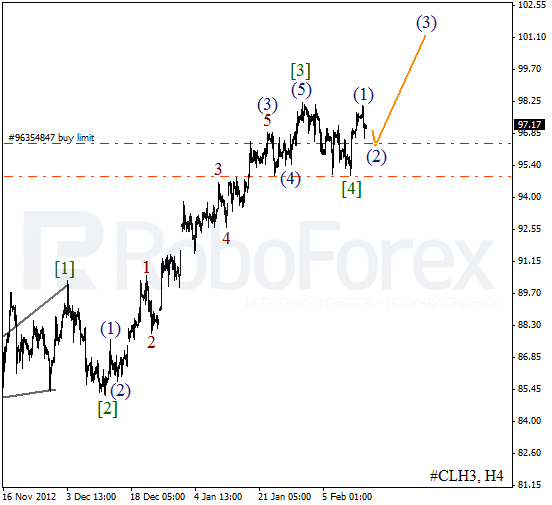 As we can see, wave [4] took the form of zigzag pattern. The first wave inside wave (1) turned out to be the longest; the market wasn’t strong enough to make the third wave as long as the first one. In the nearest future the instrument may continue a correctional movement. 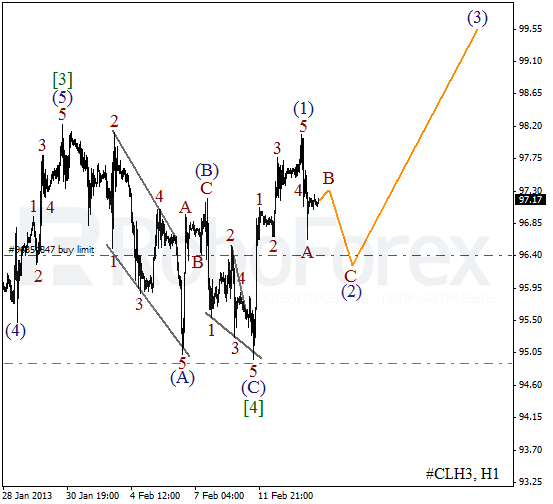