Possibly, at H4 chart price completed initial impulse inside wave [1] and right now is starting to form extension inside the third wave. Probably, instrument may reach new local maximum during the day. 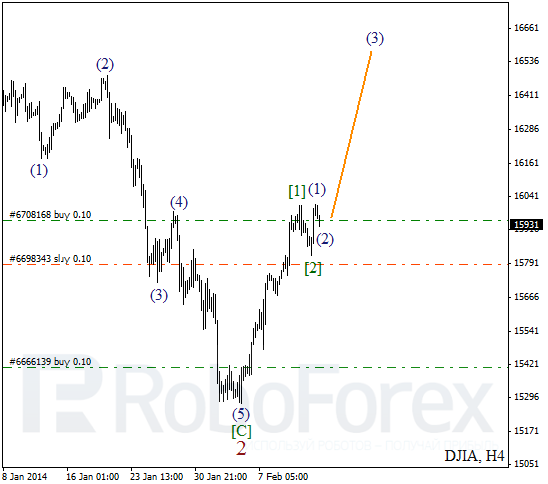 As we can see at the H1 chart, wave (2) took the form of flat pattern. On minor wave level, bulls formed initial ascending impulse. Market may start growing up inside the third wave in the nearest future. 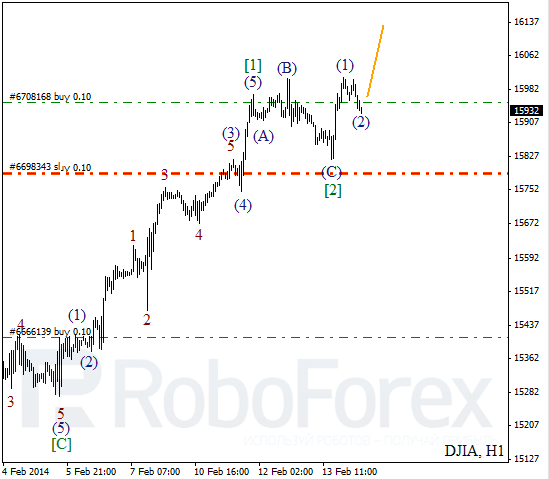 Probably, Oil completed wave [B] in the form of double three pattern. On minor wave level, price is falling down inside the first wave. Forecast is still bearish. 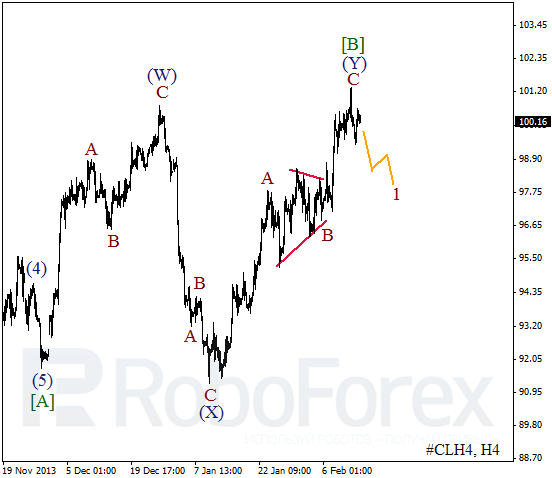 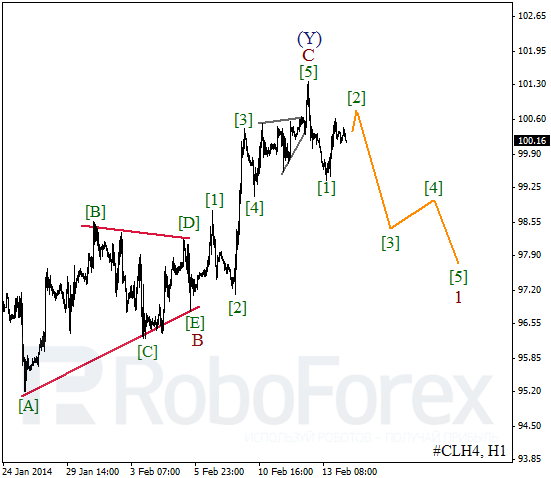