Index is still consolidating. Probably, price has already completed wave [2] and right now is staring moving upwards inside the third one. I’m planning to move stop into the black right after instrument breaks local maximum. 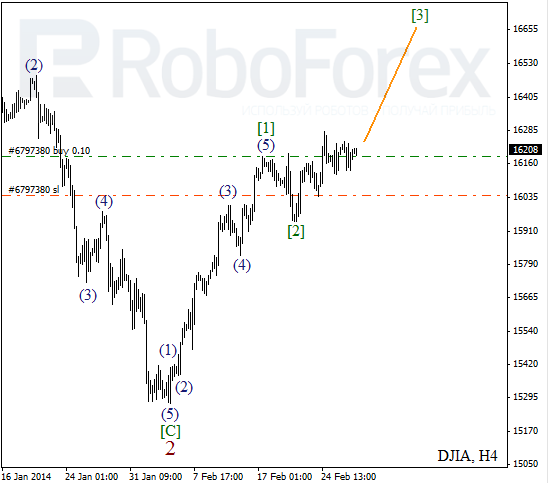 As we can see at the H1 chart, Index formed several initial ascending waves. Possibly, price is starting to form extension inside the third wave. Most likely, instrument will start moving upwards during the day. 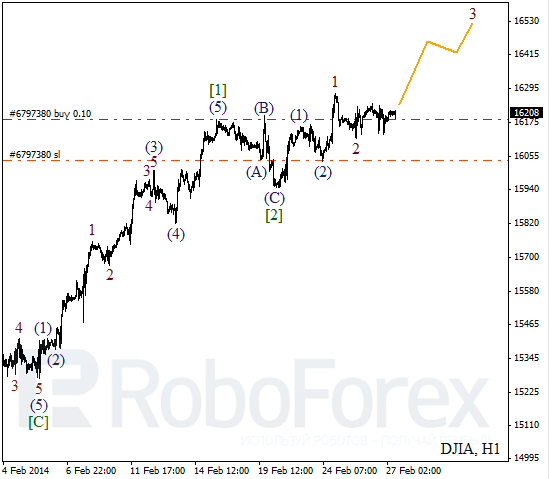 Oil is still forming bullish impulse inside wave C. On major wave level, price is forming double zigzag pattern inside wave [B]. It looks like instrument is going to reach level of $104 per barrel of Light Sweet until the end of this week. 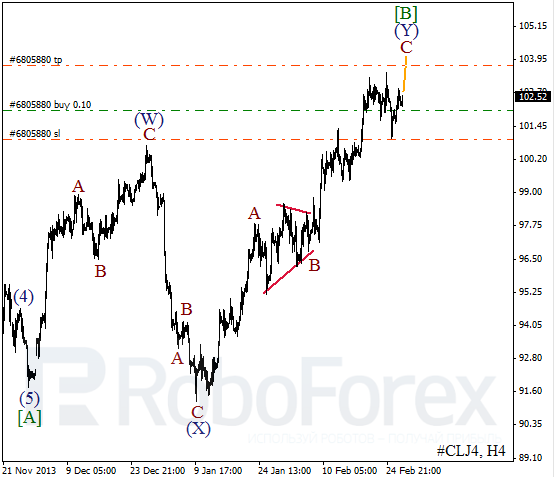 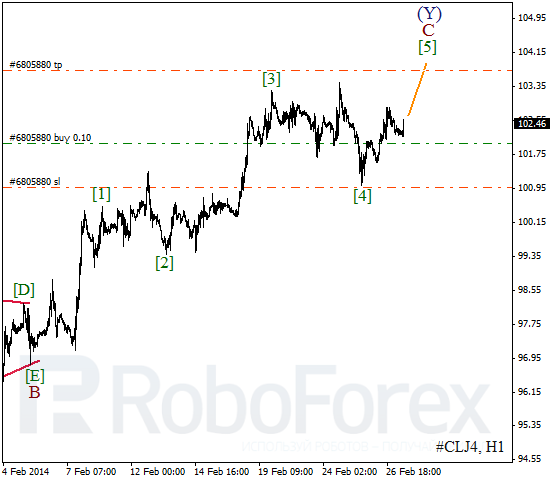