The price continues forming diagonal triangle pattern in wave [5] of C, and may break local maximum during the day. However, we shouldn’t expect the pair to grow very high. When the price reaches the level of 0.8500, we can expect a reverse and the start of a long-awaited correction. 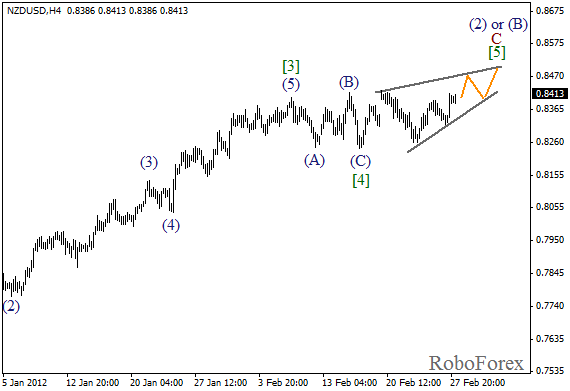 At the H1 chart the price is forming the third wave inside diagonal triangle pattern. On the minor wave level we can see the formation of wave C. During the day we can expect the price to start moving upwards again. The target for wave (3) is the pattern’s upper border. 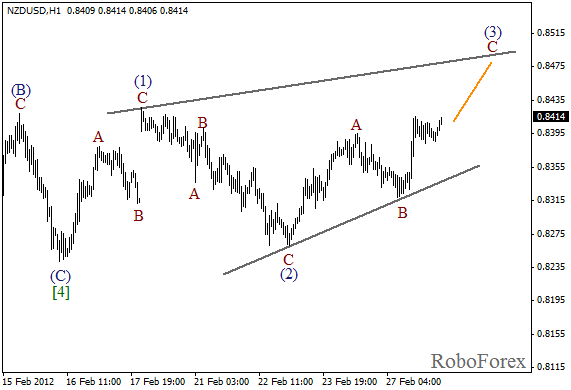 The price continues forming a rising impulse in wave (C) of [2]. On the minor wave level we can see the formation of the fourth wave. Most likely, the correction will be finished in the nearest future and the price will start growing up while forming the fifth wave. After that, the mid-term trend is likely to make a reverse in a downward direction, and we can expect the pair to make a significant descending movement inside wave [3]. 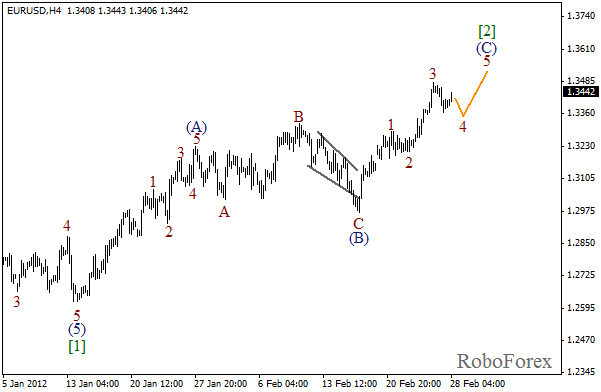 More detailed wave structure is shown on the H1 chart. The price completed forming an impulse in wave 3, and then the correction started. It looks like the fourth wave is taking the form of zigzag pattern with wave [B] being formed inside it. In the near term, we can expect the price to fall down in wave [C] of 4, however, after that it may start growing up inside the fifth one. 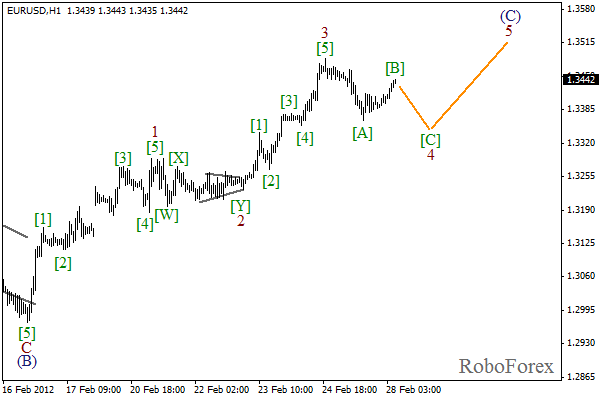