It looks like wave [4] has taken the form of horizontal triangle pattern and the fifth one have been completed quite short. We may assume that the mid-term trend has made a reverse, and right now the market is starting to form an initial descending impulse. If our assumption is correct, we can expect the price to continue falling down in the nearest future. 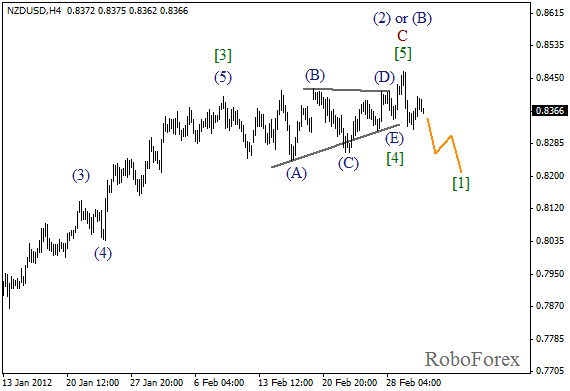 More detailed wave structure is shown on the H1 chart. It looks like the price has completed a bearish impulse and right now is forming wave (2) in the form of flat pattern. In the near term, we can expect the pair to start falling down while forming the third wave. 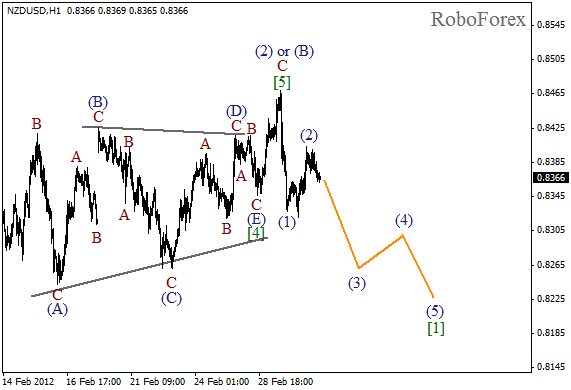 We may assume that the mid-term trend has made a reverse in a downward direction. At the moment the price is forming an initial descending impulse in wave (1). Most likely, in the nearest future the pair will continue falling down. The level of 1.3000 will be the first test for the bears. 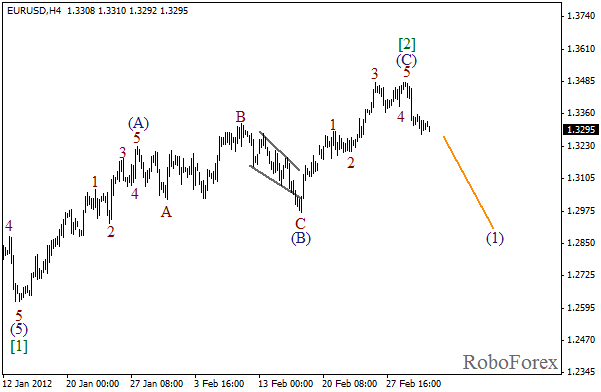 At the H1 chart the pair has already formed an initial descending impulse. Currently the local correction is taking place, and after it is finished, Euro may start growing up again. It looks like it’s a start of a new bearish trend. 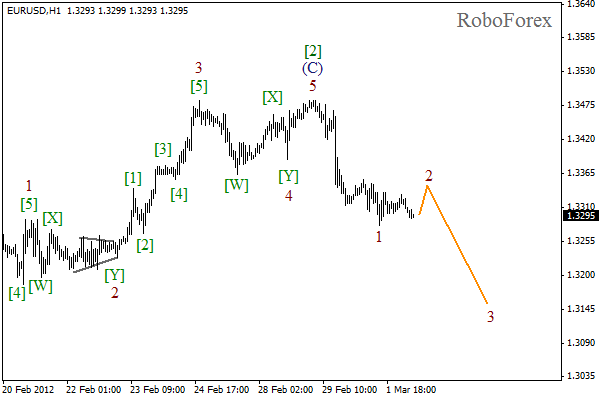