Euro continues forming wave iv? of (v) of [iii], which may be taking the form of horizontal triangle. At the same time, it looks like an alternative scenario is becoming more and more possible: according to it, the price may form double zigzag upwards and only after that reach a new low. 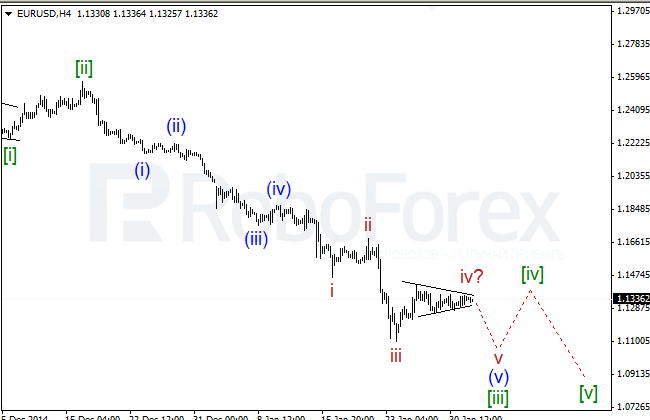 Euro continues moving inside flat, which means that it’s forming a correctional wave. Probably, the pair has finished horizontal triangle inside wave iv? of (v) of [iii] and may start a new descending impulse in the nearest future. At the same time, an alternative scenario implies that right now the price may be forming wave x of (iv) of [iii] of double zigzag. This scenario may come into effect if the market breaks the critical level at 1.1442. In this case, the price may start growing towards 1.1575 – 1.1600.

Most likely, Pound has finished wave (iv)? of [v] and formed the first impulse of a new descending movement. In the nearest future, the market is expected to start five-wave structure inside wave (v) of [v] and continue falling. but this assumption has yet to be confirmed 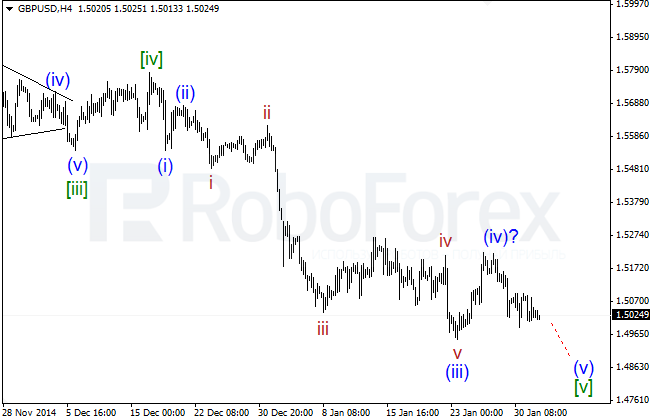 Probably, Pound has already completed wave ii? of (v) of [v],. In the nearest future, the market is expected to fall inside wave iii of (v) of [v] and break the confirming level. 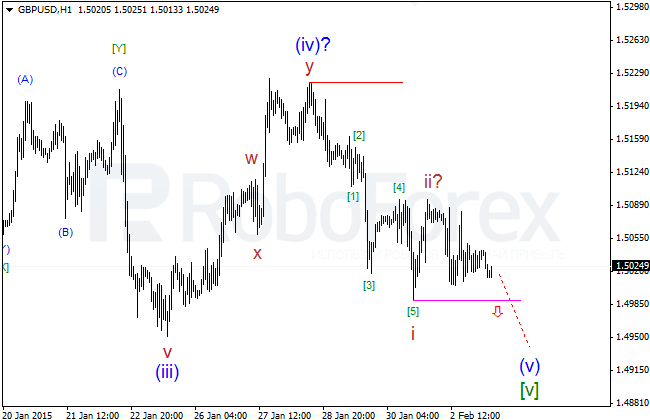 It looks like Yen hasn’t finished horizontal triangle inside wave (4) of [5] yet. Right now, the pair may still be forming zigzag inside wave E of (4) of [5], which may be completed quite soon. 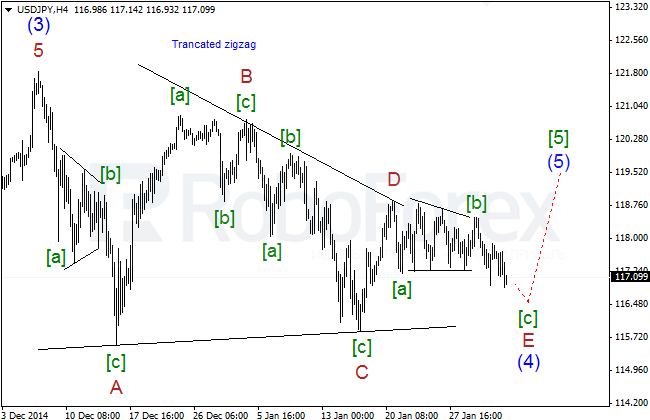 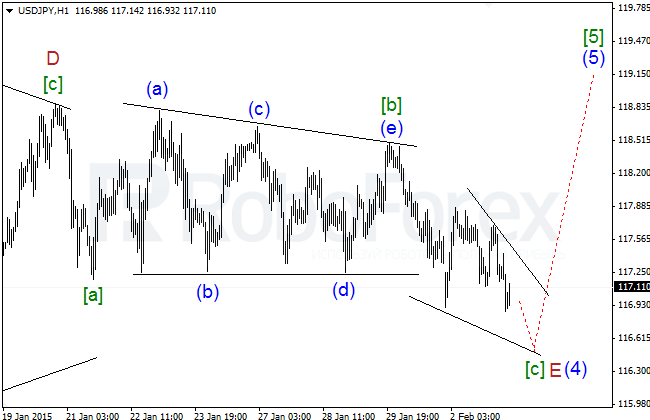 So, the wave structure has been changed in some parts of the chat despite the fact that our expectations haven’t. Instead of horizontal triangle, the market is expected to form a large double zigzag, which implies that the uptrend will continue. Most likely, the pair has finished wave 4? of (3) of [3] in the form of zigzag. The bullish trend remains in effect. 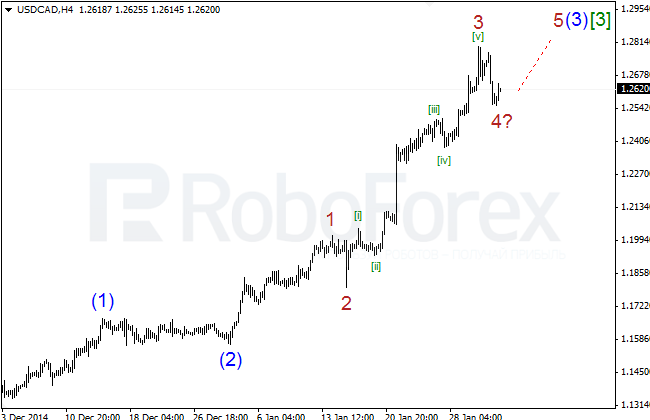 Probably, the pair has already completed wave 4? of (3) of [3], but this assumption has yet to be confirmed. The bullish trend is still dominating, as there are no signals of any reverse. The price is expected to form a five-wave structure to help us to find points for selling. 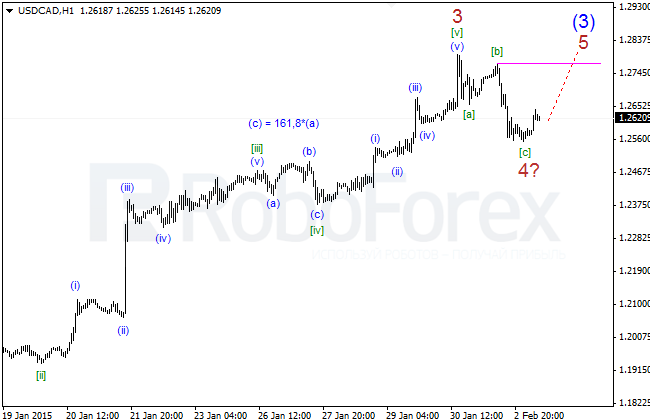