The Index failed to make a reverse. Earlier the price formed divergent horizontal triangle inside wave [4]. Right now the price is forming the fifth wave. We can’t exclude a possibility that in the nearest future the instrument may start a new ascending movement and break a local maximum. 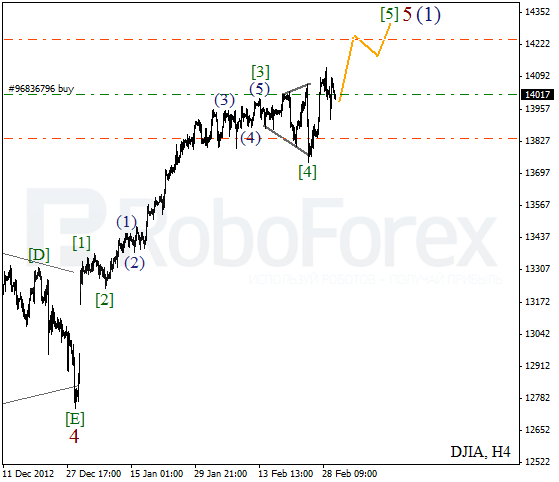 More detailed wave structure is shown on the H1 chart. After finishing an impulse inside wave (1), the price completed zigzag pattern inside the second one. I should also note that the Index has already formed an initial ascending impulse inside wave (3). During Monday the instrument is expected to start growing up and form wave 3 of (3). 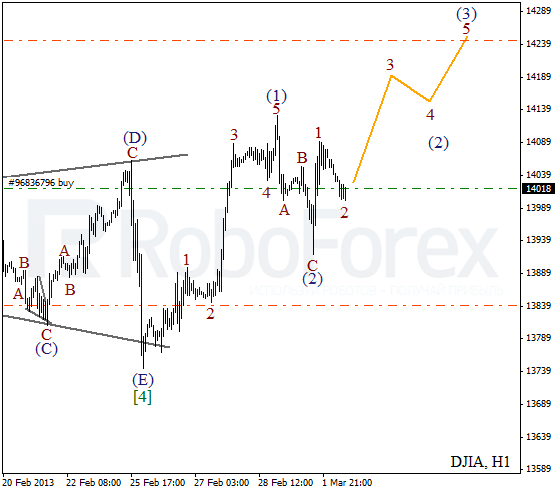 Oil is still moving downwards and expanding wave (3). On the minor wave level the instrument is finishing the fifth wave. Most likely, in the nearest future the price will start a correction. 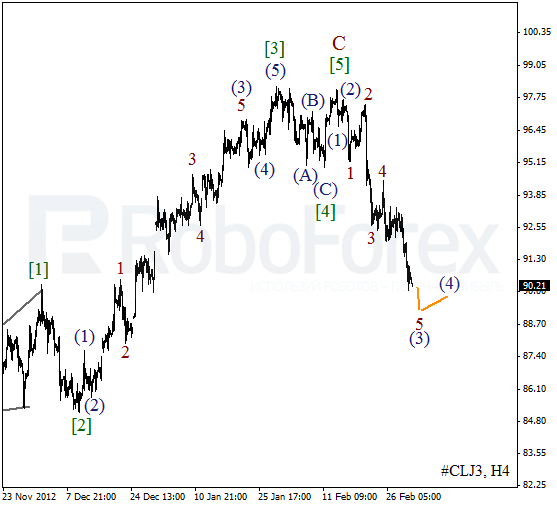 As we can see at the H1 chart, the price is finishing the third wave inside wave 5 and may start the fourth one during the next several hours. However, the bears are expected to reach the level of $89 per barrel of Light Sweet while forming the fifth wave. 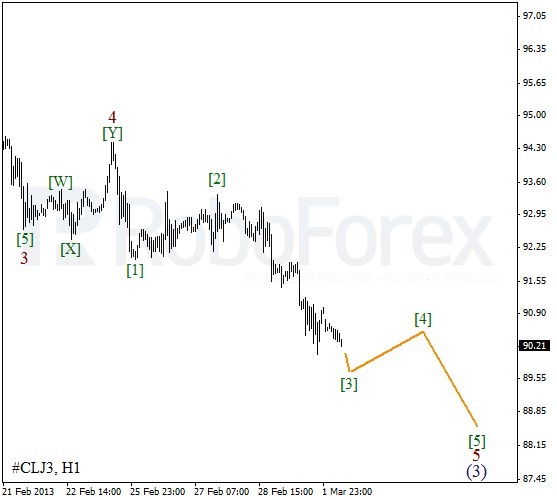