The Index continues moving upwards; my Take Profit on yesterday’s order worked. Right now I’m staying out of the market, but planning to open some buy orders during the next local correction, because wave [5] is not completed yet and the price need to form several more waves to finish it. 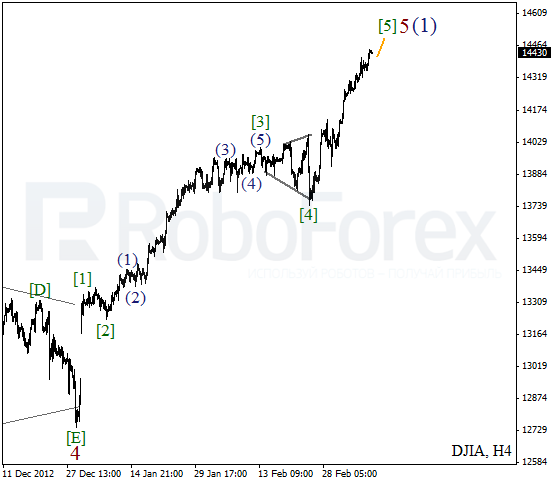 More detailed wave structure is shown on the H1 chart. The instrument is finishing an expansion inside wave (3). On the minor wave level the market is completing the fifth wave. We can’t exclude a possibility that during Tuesday the price may start a correction inside wave (4). 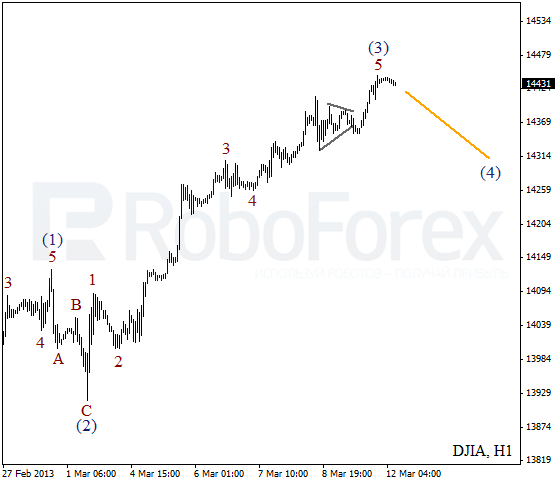 It looks like Oil is forming a descending impulse. On the minor wave level the price is finishing the fourth wave. We can’t exclude a possibility that during the next several days the instrument may break a local minimum while moving downwards inside wave (5). 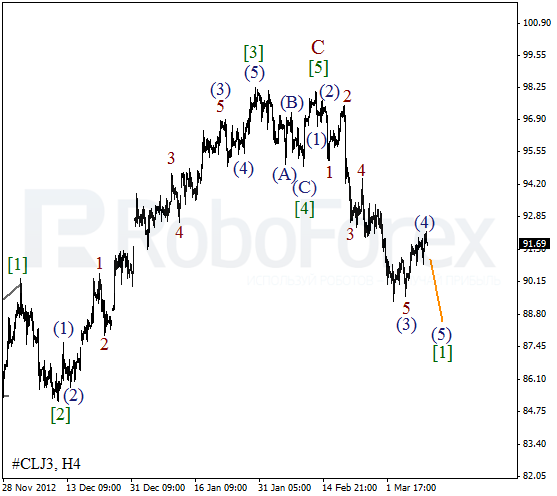 As we can at the H1 chart, wave [5] of 5 was completed a bit short; the current correction is taking the form of zigzag pattern. In the near term, Oil is expected to start forming an initial descending wave. During the next correction I’m planning to open several sell orders. 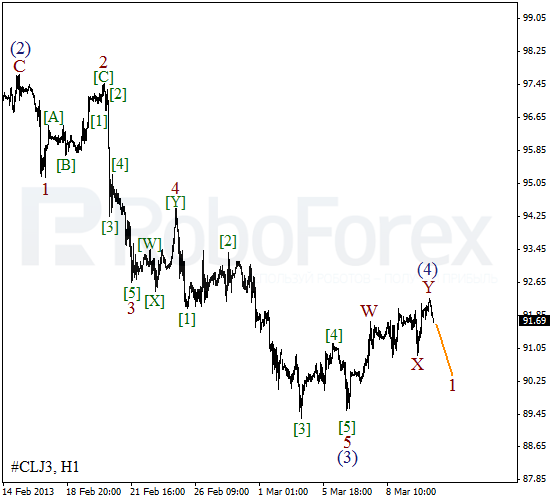