It looks like after completing an initial descending impulse the price continued the correction. The formation of the second wave may take a little more time. After that the price may start moving downwards while forming wave [3]. 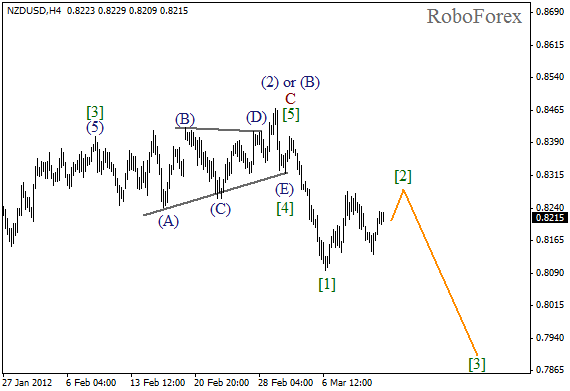 As we can see at the H1 chart, wave [2] is taking the form of double zigzag pattern. On the minor wave level the price is forming wave (Y). Most likely, the pair will reach a new local maximum and then the price will start forming wave [3]. 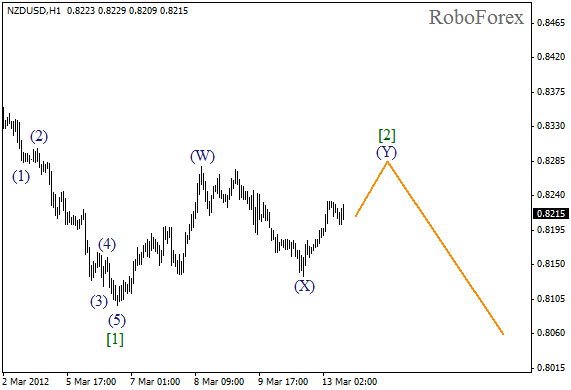 It looks like the most interesting part starts right now – the price is forming the third wave inside wave (3). If the pair reaches a new local minimum within the next several hours, our scenario will be confirmed. The first target is the level of 1.2900, the next one will be the level of 1.2700. 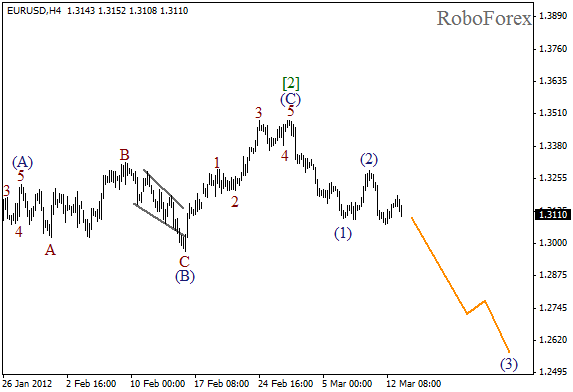 As we can see at the H1 chart, the price completed two initial descending impulses, in waves (1) and 1. We may assume that wave 2 has been finished and the market is starting to move downwards inside the third one. The forecast of the price movement for the next several days is still bearish.