It looks like the price continues forming wave [2], which is taking the form of a usual zigzag pattern. On the minor wave level the pair started wave (C). In the near term, the price may continue moving upwards, however, in the future we can expect the pair to make reverse and start falling down while forming wave [3]. 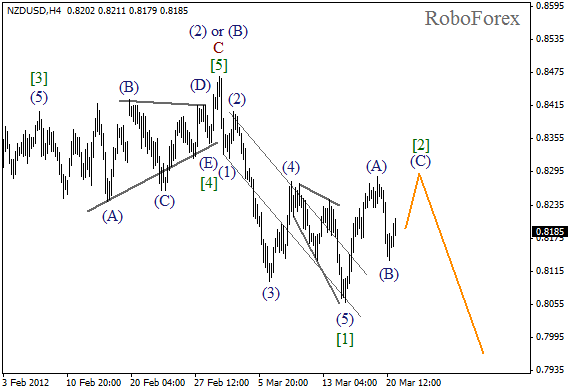 After completing an ascending impulse in wave (A), the price fell down quite fast while forming wave (B). It looks like the pair is starting to grow up in wave (C), it may reach a new local maximum within the next several days. 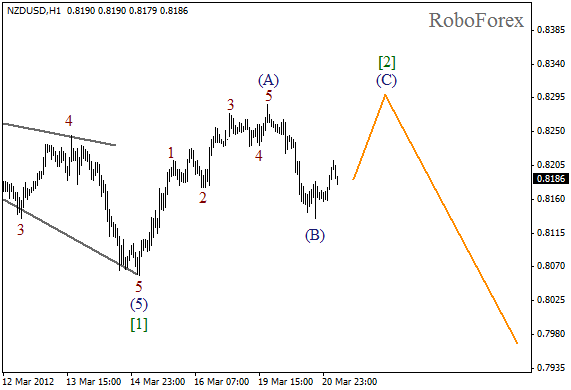 Just as we expected, the correction continues and right now the price is forming wave C of (2). The forecast of the price movement remains the same. In the future we can expect Euro to make a reverse and start falling down while forming wave (3). 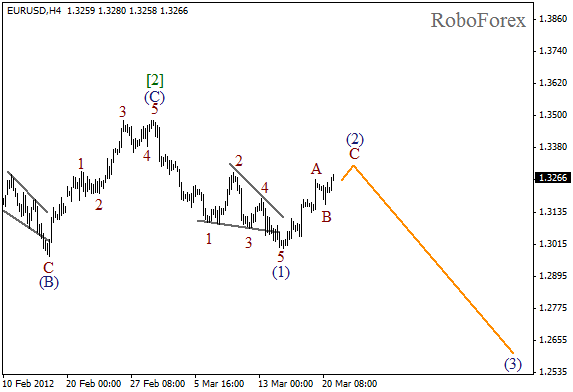 More detailed wave structure is shown on the H1 chart. Wave B was quite short. The bulls have already reached a new local maximum during the formation of wave C of (2). In the future we can expect the price to start forming wave (3). 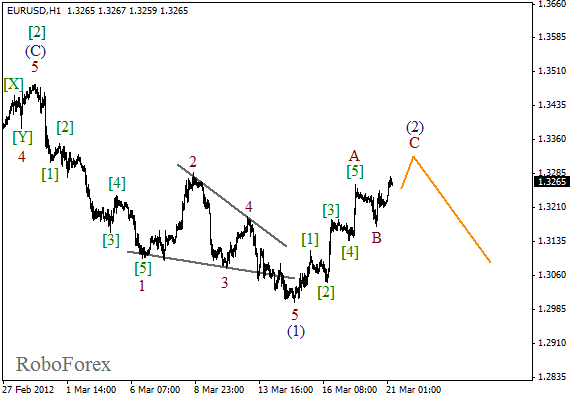