It looks like the correction continues and is taking the form of flat pattern. At the moment the pair is finishing wave (C) of [2]. In the near term, we can expect the price to make a reverse and start falling down while forming the third wave. 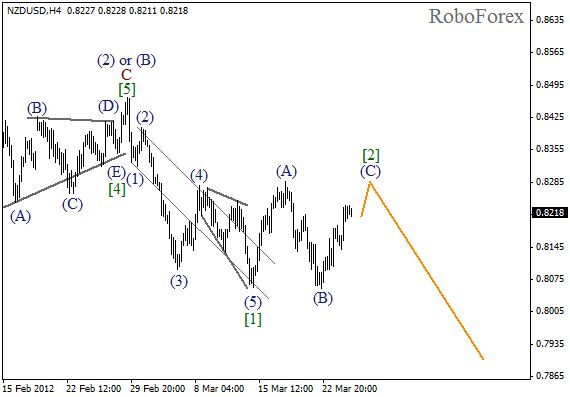 As we can see at the H1 chart, the price is forming an impulse in wave (C). On the minor wave level the pair is forming an extension inside the third wave. Most likely, the price will reach a new local maximum on Tuesday or Wednesday. 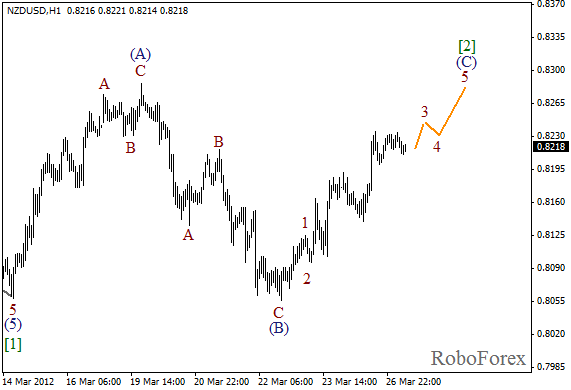 The price continues the formation of zigzag pattern in the second wave, with an impulse being formed in wave (C). In order to be finished, the correction needs several more waves. During the next several days the price may make a reverse and start falling down while forming wave [3]. 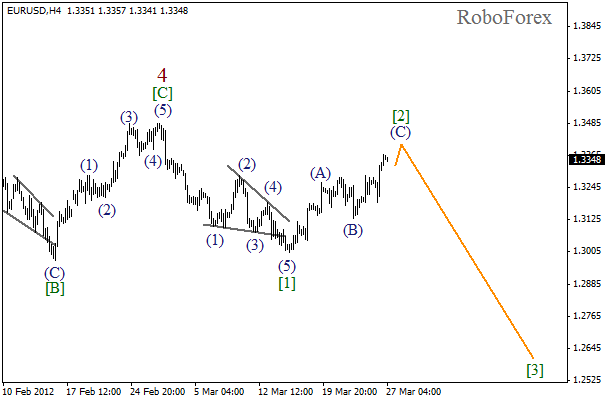 We can’t exclude a possibility that wave (C) may take the form of diagonal triangle pattern. It looks like on the minor wave level wave 3 has already been finished, and we can expect the local correction during Tuesday. In the future, Euro may grow up a bit in wave 5 of (C). 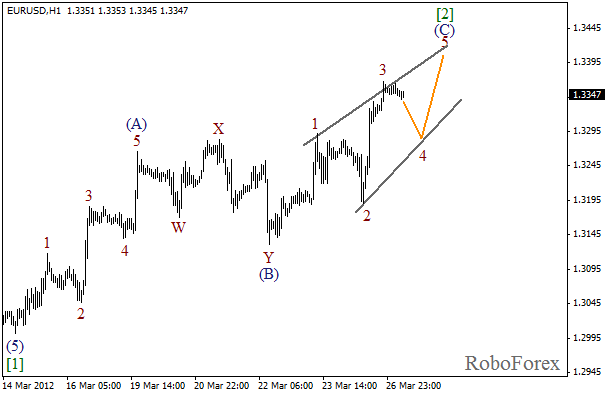