We can’t exclude a possibility that the Index is making a reverse. Yesterday the price rebounded from the maximum and I had time to open a sell order, the stop on which was already in the black. If the market continues falling down, I’ll open several more orders. 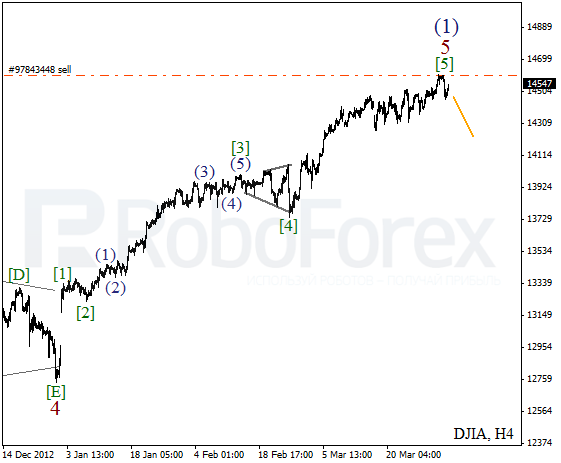 We can’t exclude a possibility that at the H1 chart the price formed diagonal triangle pattern inside wave (5). On the minor wave level the instrument is forming a descending wedge pattern inside the first wave. After a local correction, the Index is expected to start a new descending movement. 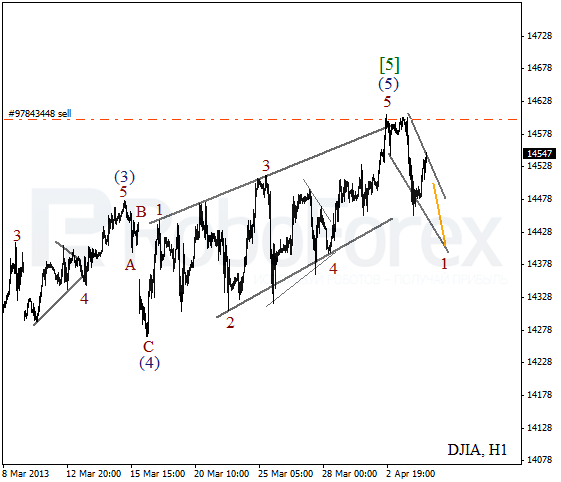 The second wave turned out to be deeper than we expected. We can’t exclude a possibility that Oil may continue moving downwards up to end of this week, that’s why I opened a short-term sell order. However, later the instrument is expected to start growing up and form the third wave. 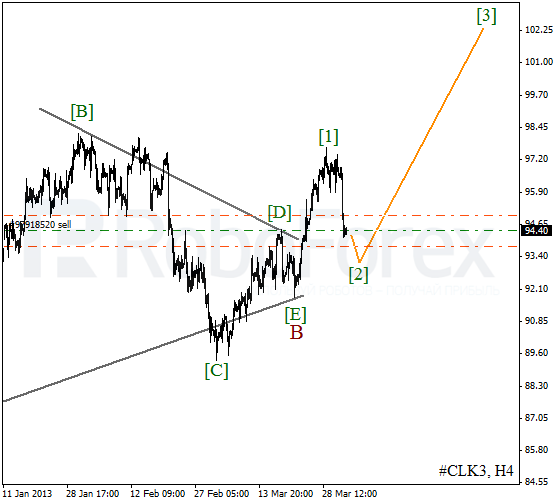 More detailed wave structure is shown on the H1 chart. Wave [2] is taking the form of zigzag pattern with an expanded wave (C) inside it. After a consolidation, Oil is expected to continue moving downwards inside the fifth wave. 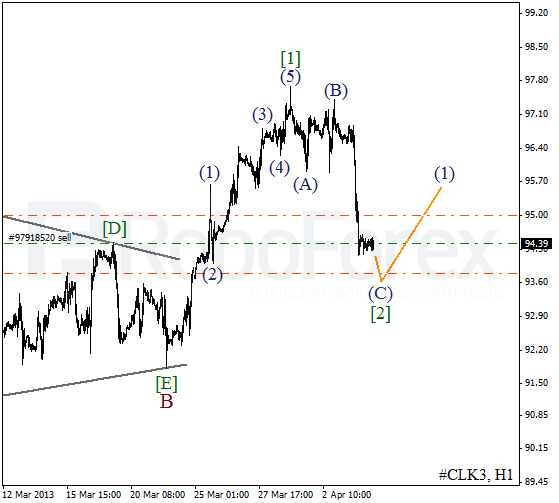