Index continues moving upwards, that’s why during local correction I opened another order. Wave [3] is being formed very fast - right now price is starting the third wave inside it. Main scenario is still bullish; target is at level of 16750. 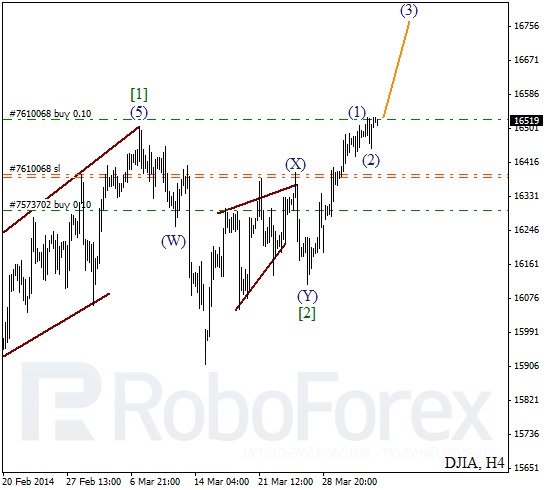 It looks like after finishing impulse inside the first wave, price completed flat pattern inside the second one. On minor wave level, market formed initial ascending impulse. After local correction, instrument is expected to continue its ascending movement. 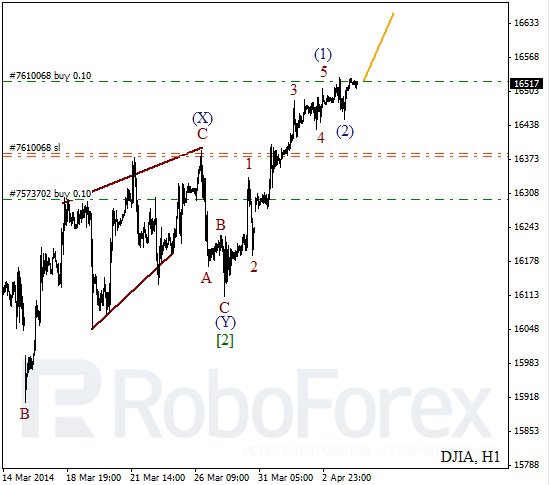 Correction turned out to be faster than I expected. However, Oil may still start falling down inside the third wave. So, if later price forms initial descending impulse inside wave 3, I’ll start selling. 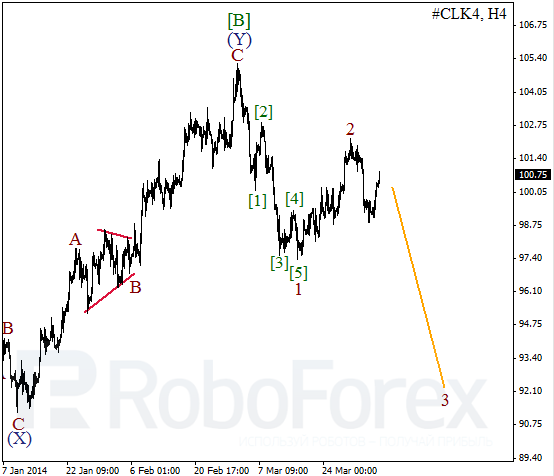 More detailed wave structure is shown on H1 chart. It looks like after finishing bearish impulse wave [1], price started forming zigzag pattern inside the second one. In the near term, instrument is expected to complete local correction and grow up a little bit inside wave (C). 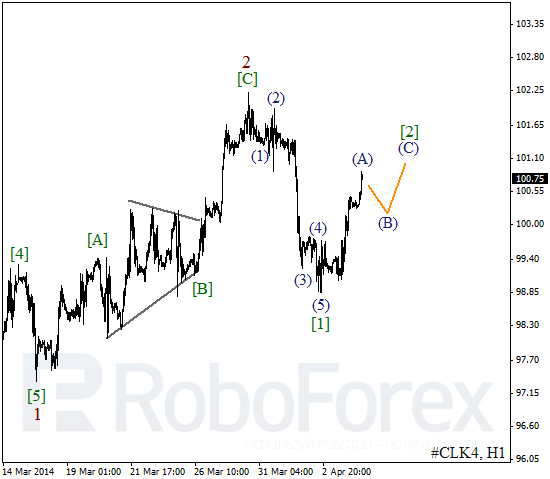